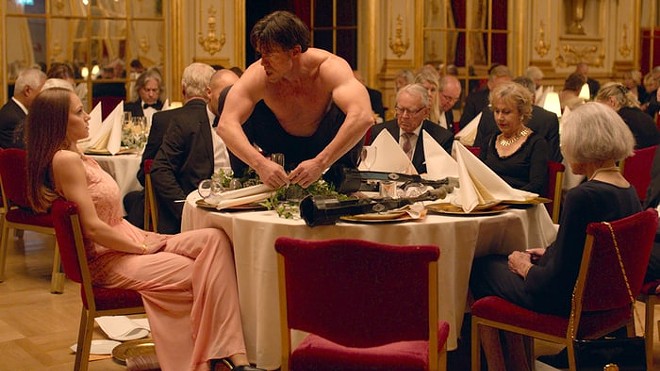 The Square
This week's most buzzed-about wide release is something of a conundrum: a comedy about one of the worst films ever that's now receiving serious Oscar consideration. Ha ha, what a story! Also in the mix — the big winner at the most recent Cannes Film Festival, and a genre-twisting sci-fi film from Norway.

THE DISASTER ARTIST (4 stars)
The funniest movie of the year is a behind-the-scenes look at the worst movie of all time. James Franco directs and stars as Tommy Wiseau, the wannabe auteur behind the misguided 2003 curiosity The Room, which became a so-bad-it’s-good cult favorite. Seth Sommerfeld gives this is highest rating, calling it both a hilarious tribute to the original film and a compelling meditation on artistic success. Rated R.

JUST GETTING STARTED
Tommy Lee Jones is a retired F.B.I. agent and Morgan Freeman is a former mob lawyer in the Witness Protection Program who team up to stop a contract killing. Because it’s from Tin Cup director Ron Shelton, the whole thing centers on a golf game for some reason. Rated PG-13.

THE SQUARE (at the Magic Lantern)
The most recent Palme d’Or winner is a bourgeois satire about an art curator whose latest experiential exhibition is designed to remind viewers of their own inherent benevolence. Because this springs from the mind of Force Majeure director Ruben Östlund, you can bet things won’t go as smoothly as anticipated. Rated R.

THELMA
A college freshman, finally free from her strict religious upbringing, begins a relationship with another young woman on campus and discovers she may possess long-buried powers. The latest from Norwegian director Joachim Trier is part coming-of-age story, part supernatural mystery. Not rated.

Novitiate
NOVITIATE (3 stars)
An exploration of sin and religious discipline set in 1964, when a young woman (Margaret Qualley) begins studying to be a nun and finds her faith tested in unexpected ways. Melissa Leo is a force of nature as the punishing Reverend Mother. At the Magic Lantern. Rated R.