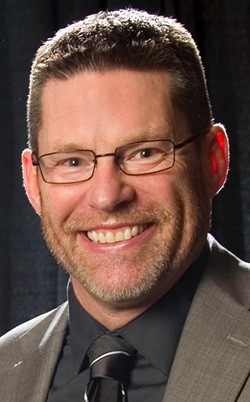 It's been more than a year since Matthew Handelman resigned as superintendent of Coeur d'Alene Public Schools.

And now, the district says it has found a permanent replacement.

"We are excited to offer this position to a career educator who will bring a high level of expertise, skills leadership to the role," says Board Chairman Casey Morrisroe in a statement.

Cook comes from Colorado, where he's deputy superintendent for the Douglas County School District in Denver. There, he oversees everything from professional development to special education and career and technical education. He began his education career in Kansas, where he spent 24 years, including 13 years as a science teacher.

In a statement, he says "all kids are hungry to learn" if they are set up for success.

"I believe in igniting kids' natural passion for learning through powerful school experiences and excellent relationships with staff. I believe we must help all kids discover their unseen potentials."

Cook will succeed Stan Olson, who is currently the superintendent in Coeur d'Alene. Olson accepted the interim job after Handelman resigned, knowing it would be a one-year job.

Cook says he will focus on an "innovative education approach" in preparing students for college and careers.

"We need to provide students an education that is relevant and useful and prepares them to be critical thinkers, resilient learners good people," he says.

The school board received 34 applications and interviewed three candidates last week. One candidate, Christopher Hines, was a deputy superintendent of operations for a school district north of Houston, Texas. Another was from inside Coeur d'Alene School District: Trina Caudle, the director of secondary education.

"We had highly capable candidates apply for this position, and in the end we had a tough choice to make," says Morrisroe. "Dr. Cook emerged as a visionary leader who places great emphasis on academic excellence, communication, community involvement, integrity relationships.

"We believe he is the right person at this time to lead our school system."