This week's new releases: Marvel's Black Panther, and some other titles you might end up seeing because Black Panther is sold out.

BLACK PANTHER (3 stars)
Marvel’s latest is set in the nation of Wakanda, where its new king T’Challa (Chadwick Boseman) must face warring factions who want to usurp the throne. Our critic Eric D. Snider says that it’s more serious-minded than typical superhero fare, full of nobility and purpose without sacrificing fun and charm. Rated PG-13.

SAMSON
The last time the biblical tale of the strongman and the woman who stole his power was made into a film, it was directed by Cecil B. DeMille. This time, it’s been made by Pure Flix, the Christian studio behind the God’s Not Dead movies. Hardly an upgrade. Rated PG-13.

FIFTY SHADES FREED (1½ stars)
Yes, I saw the new Fifty Shades movie, and yes, it's more nonsense. Anastasia and Christian are married now, but darn it all — he's still emotionally closed off, and her vengeful former boss is out for blood. As shallow and sterile as its predecessors, but with a couple car chases thrown in, because these characters are apparently action stars now. Rated R. 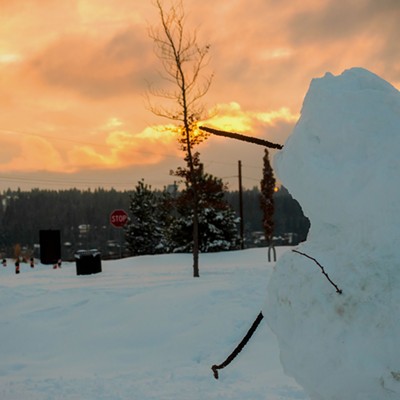 The secret behind local TV's identical Facebook posts, Ormsby gets a DUI, and other morning headlines