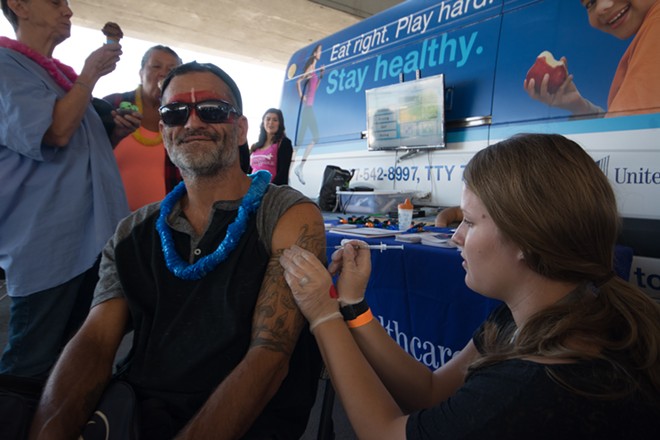 Health officials say flu season should basically be over, but this year's virus seems to have other plans.

A second wave of influenza B is apparently hitting, according to the Spokane Regional Health District, which reports that while flu hospitalizations peaked in January per usual then declined in February, they went up again in March.

Officials still recommend anyone who hasn't gotten a flu shot get the vaccine. Nearly half of Spokane County's 37 flu deaths this season were due to influenza B, and 67 percent of those who died didn't get the flu shot, according to the health district.

The flu shot provides high protection from the B-strain of the flu, the health district reports, and it can help keep symptoms mild for those who still get sick.

This season, 571 people have been hospitalized in Spokane County with lab-confirmed flu, compared to 271 during the same timeframe last flu season, the health district says.


"In addition to flu vaccination to prevent illness, the health district also recommends frequent hand washing with warm water and soap, covering coughs and sneezes, and staying home if sick.

People who have the flu often feel some or all of these symptoms:

If a person becomes ill, they should consult with a healthcare provider about diagnosis and possible treatment with antiviral drugs. While most people who become ill with flu can be safely cared for at home, some symptoms, like trouble breathing, should trigger immediate emergency care. Also, if an ill child has a fever for many days, if a fever goes away then comes back, if the child becomes less responsive, or if their lips become dusky, the child requires prompt evaluation. Symptoms could suggest complications, such as pneumonia or other sepsis."

Villanova win ends the madness, farmers worry about Chinese tariffs and other headlines