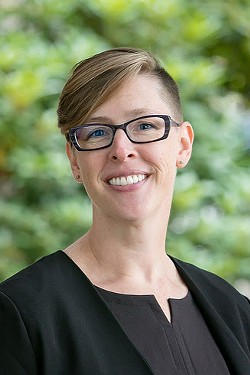 NEWS: A right-wing clickbait video that was edited to show National Teacher of the Year Mandy Manning not shaking President Donald Trump's hand has prompted death threats toward the Ferris teacher.

Art of the deal
The White House has announced that the United States would go forward with its plan to impose heavy tariffs on Chinese goods. Trade talks between the two countries will continue as President Trump increases pressure on China. (New York Times)

Fake news
Photos of young immigrants in steel cages at the U.S-Mexico border went viral following news of the Trump administration separating immigrant children from their parents. Only one problem: those photos were taken in when President Barack Obama was in office. Trump seized on the misinformation. (Associated Press)

Deadlier than you thought
Initially, the death toll from Hurricane Maria in Puerto Rico last year was 64. But a new study published in the New England Journal of Medicine found that, when factoring health care delays and death rates in the months following the hurricane, at least 4,645 people have died as a result of Maria. (Washington Post)

Police find suspect
Police have identified a suspect who they say stabbed a woman yesterday afternoon near Sprague and Howard. The victim has been released from the hospital. The suspect, 23-year-old Nikita E. McDowell, is from Wisconsin. (KXLY)

In case of emergency
As the city of Spokane considers altering the way it responds to 911 calls, the City Council and local labor unions remain skeptical. (Spokesman-Review)