A Heart for the Hearth 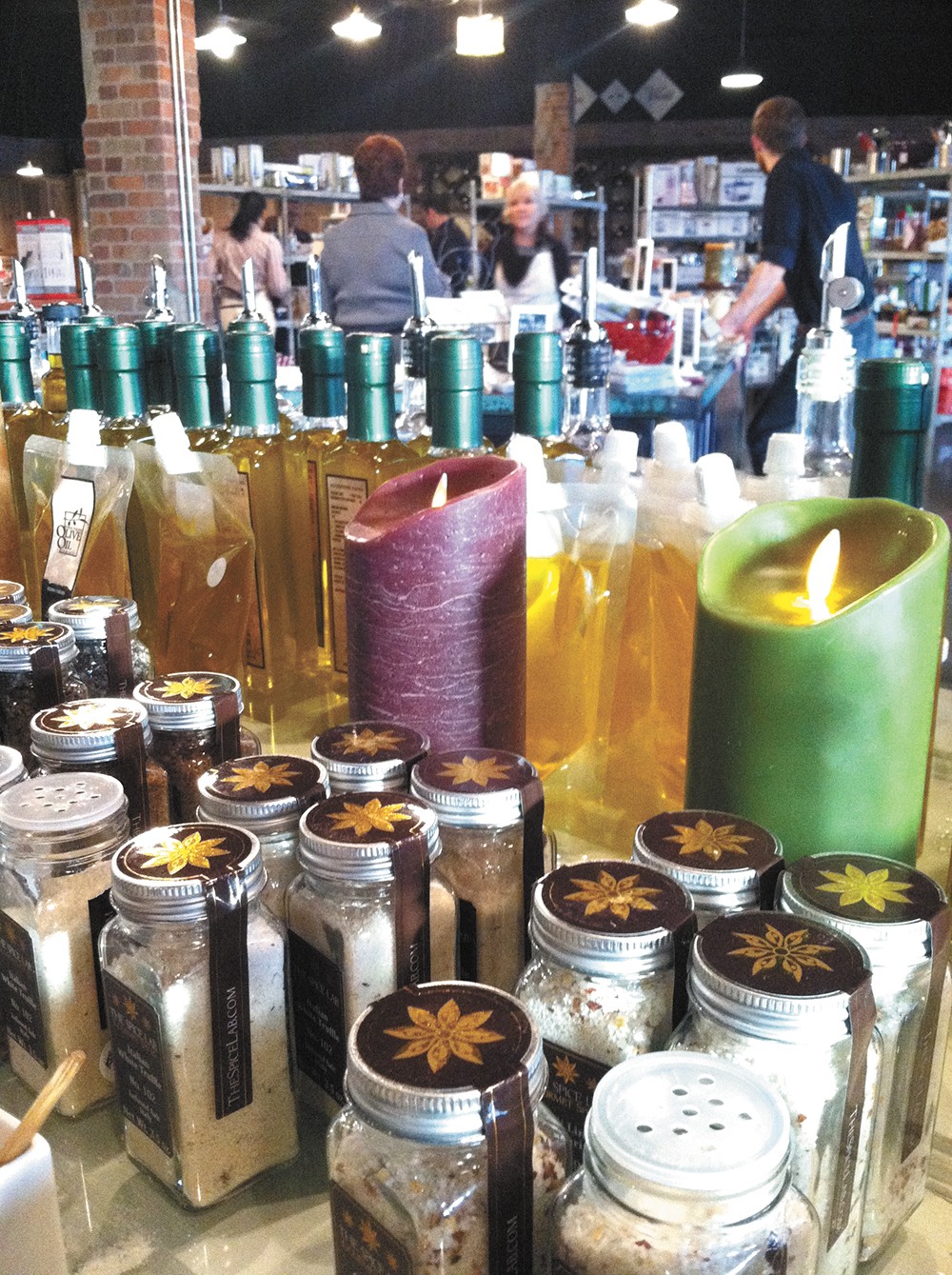 Carrie Scozzaro
Spices and more can be found at Culinary Stone.

It wasn't much of a leap from children's therapy to kitchen therapy for Sandra Gunn, co-owner of the Culinary Stone in Coeur d'Alene.

Growing up, family dinners were the norm, says Gunn, yet she sometimes noticed a difference in the troubled kids and families with whom she worked as a child therapist.

"One of the first things I assessed was how [the families] spent their time," she says.

It made her wonder about the role of the hearth in the heart of the family. She remembers spending time with her Italian grandfather, a chef, and grandmother, who infused all her own olive oils. That and her mother's encouragement to follow her passion led to Gunn's transition out of child therapy into her own culinary-based business.

First there was the Coeur d'Alene Olive Oil Company, which Gunn formed in 2003, selling standard and infused oils to farmers markets and then through a modest storefront downtown. The business recently relocated to the Culinary Stone's 5,500-square-foot Riverstone facility, where customers can sample the oils, as well as browse anything cooks might need: gadgets, cookware, even a gourmet deli and wine section.

One of the Culinary Stone's most unique features is the salt bar, which includes a salt cooking stone and several dozen flavored and finishing salts, ranging from white truffle to lemon chili lime margarita.

Gunn sees the store as more than just a place to buy things; it's a full culinary experience, she says, where sampling, asking questions and learning are welcomed. A reading area in the cookbook section encourages browsing, while the kids' kitchen invites children to play and experiment.

A teaching kitchen and dining area regularly hosts cooking classes, including courses taught by former Herbie's Deli owner Bob Black, whom Gunn talked into coming out of retirement to manage her deli counter. Black is also in charge of the Culinary Stone's new wine tastings (Mondays through Saturdays, 4:30-6 pm), one of many services Gunn and business partner Sandy Volkar plan to offer.♦