See the newly dried Far West Billiards and sample from the "World of Whiskey" at the Greenbriar Inn.

By Tiffany Harms and Carrie Scozzaro 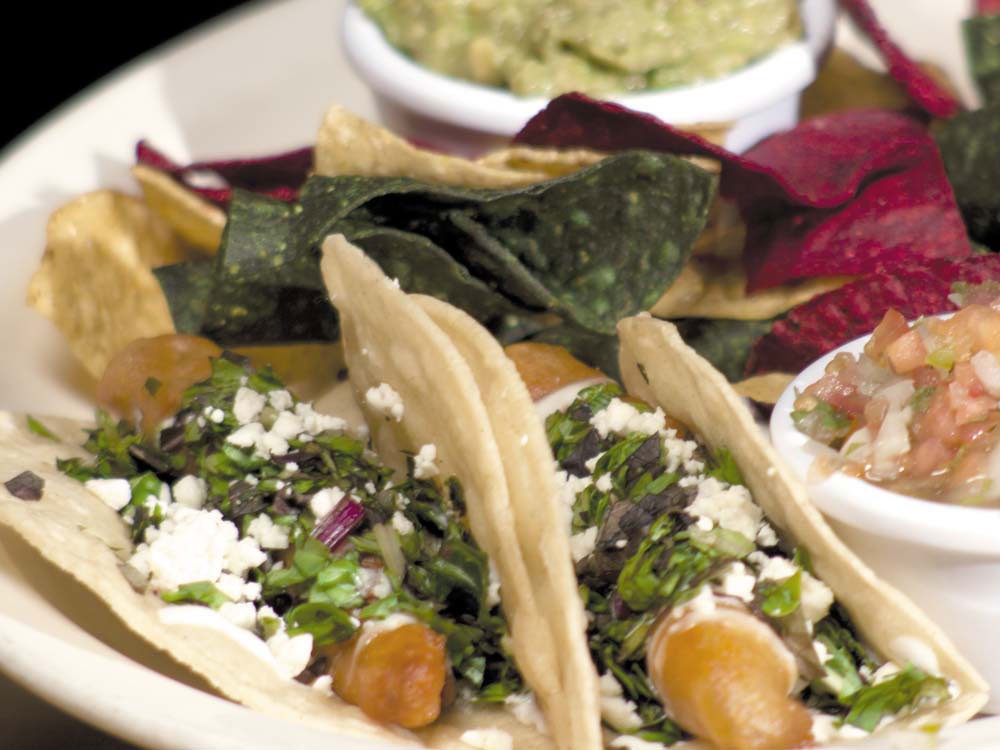 If it ain’t broke, don’t fix it: It’s true for most home appliances and also for bars, especially those that have survived 10 years in a downtown known for turning over bars.

After a brief closure to recover from (biblical-scale) water damage, Far West Billiards is back, and the bar’s general manager, Yvonne Millspaugh, says everything is pretty much the same. While the carpet is new and so is the felt on the pool tables (neither material plays well with water), the Western-themed bar has decided to maintain the system that made it successful — billiards, deep beer selection (it was way early to the Lindemans Framboise Lambic trend of ’06) and food made from scratch.

Of the extensive food menu, Millspaugh says the Far Western Sandwich ($9.50) is the most popular. A hoagie roll is smothered in barbecue sauce and filled with roast beef, bacon, bell peppers, grilled onion, tomato and provolone. “If that doesn’t fill you up, nothing will,” says Millspaugh with the kind of smile flashed at those who have no idea what they’re in for.

The woman isn’t bluffing. The Far Western will sate the average person for several hours — for a very small person, maybe two or three days.

Far West is also known for its fish tacos, which can be ordered a la carte ($2.50 for one) or in the fish taco platter ($8.50) which includes two steamed white-corn tortillas topped with batter-fried cod, feta, greens, and yogurt sauce. The platter also comes with a side of chips, pico de gallo and guacamole. Though lacking the more traditional cabbage and flour tortillas, Far West’s tacos are flavorful and satisfying for their size. Especially good for those who have been boozing.

The beer selection is robust and resides in the respectable $2.75-$5.50 range. For the party, Far West commissioned C.I. Shenanigan’s to brew an anniversary ale. It will debut at the anniversary party, which will also include a pool tournament. The winner gets a pool table of his or her very own. Registration is at 10 am on Saturday and Sunday.

Whiskey is a potent spirit, conjuring powerful images that permeate American culture. It’s Prohibition and smoke-filled barrooms; the honky-tonk cowboy tipping back until a country song comes pouring out; the fop in a smoking jacket having a nip. It’s Dad’s drink, the clink of ice in cut-crystal — yet it’s also the go-to when things get tough, the hard stuff.

And yet whiskeys (and bourbons, scotches and ryes) are easily misunderstood and not easily stomached, especially for a novice … or a cheapskate. A decent bottle of whiskey starts around $30, with scarcity and time tending to drive prices: A 15-year-old Laphroaig Single Malt fetches $160.

Dean Opsal and Kris and Bob McIlvenna, though, are neither novices nor cheapskates. Opsal is a longtime rep for Southern Wine & Spirits, a leading industry purveyor, while McIlvenna’s Greenbriar Inn houses the well-whiskeyed operation known as 315 Martini and Tapas.

That’s where Opsal will — for less than the cost of a 16-year-old Lagavullin Islay — guide initiates and adepts alike on a four-part “Whiskeys of the World” tour. The first night, this Thursday, drinkers will hop the pond to Scotland for Glenlivet High Marque Collection (aka scotch), after which it’s off to meet Ireland’s Jameson.

To sustain the weary traveler, Greenbriar will be dishing up one course for each of the six tastings, including caramelized onion and bacon tart, huckleberry sweet-and-sour meatballs and a plate of Stilton cheeses and dark rye bread.

Future whiskey tasting tours at Greenbriar may include barrel bourbons, Canadian versus American whiskeys, and esoteric island malts with lilting Gaelic names like Tullamore or Tallisker from the Isle of Skye.

Besides sharing his knowledge about what to drink, Opsal also will tell a treasure chest of stories about this nearly 4,000-year-old grain-distilled drink.

Big cities like Seattle have created a whiskey culture, with entities like the Whiskey School, one of many organizations promoting whiskey awareness. One benefactor of Whiskey School, Dale Sirek says “Whiskey is about commitment.” There are worse things to commit to.