All Ogre the Guy

It's not even summer yet, but already it's the summer of the three-quel, and already we're oh-no for two. I'm tellin' ya, if Pirates the Third is this ho-hum, I'm gonna curl up in bed and hibernate till September.

Shrek the Third? It's... fine. But I wanted a lot more than "fine." I expected much, much more than "fine." Shrek's deconstruction of fairy tales managed to be both deliciously subversive and heartwarmingly traditional. Shrek 2 stunned me in that it was even smarter and slyer and more seditious than the first. And laugh? Shrek 2 had me screaming with laughter, which simply isn't the typical me. I chuckle. I snort in recognition of a bit of mockery or clever turn of phrase. But Shrek 2 did what very few films can actually manage to do: it found wild new realms of humor by being riotously original, not retreading ground that's already been well explored.

But guess what? Yup: just as Sam Raimi's genius with his first two Spidey outings ruined us for Spider-Man 3, Shrek and Shrek 2 ruined us for Shrek the Third. We're primed, now, for the tweaking of fairy tales and the post-ironic spin on myths and mythmaking. We've seen it. We've been around the park twice, bought the T-shirt and the Shrek ears, sent a postcard home. Now we're bored. What else ya got? More of the same? Yawn.

Look, I chuckled at Third. I snorted. I did. I passed a pleasant 84 minutes at the movies. The animation is even more gorgeous than it was in the last two films: finally, skin tones look like skin, and not like plastic. Eddie Murphy's Donkey is still charming, Antonio Banderas's Puss in Boots is still funny... even if both of them have been reduced to more standard sidekick roles for the big green guy this time out. Mike Myers' Shrek is still a lovable slob, Rupert Everett's Prince Charming is still hissably evil...

Blah blah blah. I'm bored just talking about it. Which truly isn't fair to the film. It clips along, with its story about Shrek inheriting the throne of Far Far Away and so desperately not wanting it that he goes in search of the next-in-line, Arthur (the voice of Justin Timberlake), who's off in Ye Olde Medieval High School a ship's journey away. Why Fiona (the voice of Cameron Diaz) can't take the throne is a huge mystery: she's the actual daughter of the king, not a relation by marriage. I guess Far Far Away is more hidebound by sexist tradition than we'd realized, and anyway, keeping Fiona off the throne keeps her free to try to fend off a palace coup -- with the help of some other fairy-tale gals -- by Charming while Shrek is off seeking Artie. Though I don't see why she couldn't be fighting for her own throne...

But that's minor quibbling. The big quibble is this: Third isn't anything more than what it is on the surface. The first two Shreks weren't just stories about an ogre who wants to be left alone, though they played perfectly lovely on that level: they were also thrillingly insightful theses on modern attitudes toward fairy tales, to mythology, to our love-hate relationship with our consumer culture. It will take a lot of tortured exposition to shoehorn Third into anything like that: I've been trying to find a way to make Charming's forays into dinner theater work on that level -- something about the self-referential story-ness of everything going on here -- and trying to find a way to interpret how pop music crossing over from the soundtrack to intrude into the narrative space becomes a kind of joke on how movies manipulate us.

I can't do it. It feels forced. The first two Shreks breathed so naturally on so many levels, and this exists only on one. It exists comfortably there, but still: the wizard Merlin as a hippie and the Gingerbread Man's life flashing before his eyes and the idea that all the unhappy characters from fairy tales -- Captain Hook, ugly stepsisters, Pinocchio's puppet master -- could want their happily-ever-afters, too... They're funny for a moment, and then they slip by, and help ensure that Shrek the Third, unlike its predecessors, never has the weight of relevance, is never anything more than a passing fancy. 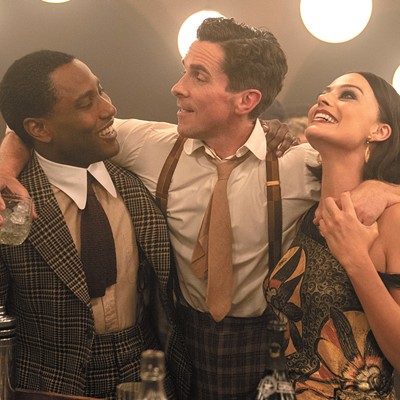