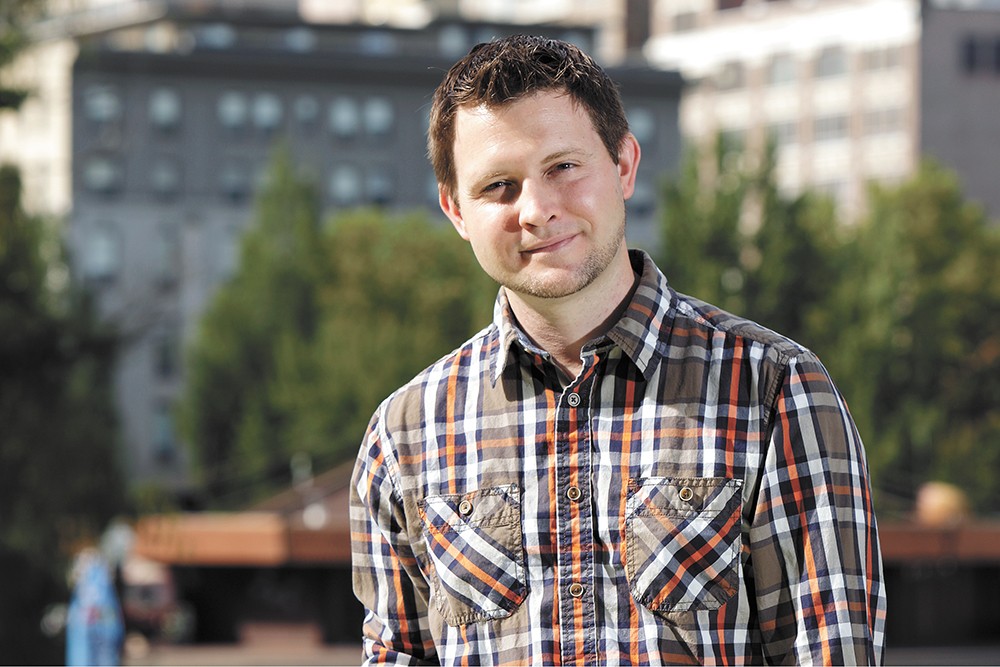 — a broad term that encompasses intimate partner violence, child abuse and elder abuse — is on the rise regionally, according to local stakeholders. And local organizations are working together in the trenches to generate a collaborative response.

"There is still a huge amount of evidence that this problem is getting worse and we as a community have to wrestle with how to collaboratively address it," says Ryan Oelrich, executive director of Priority Spokane, a collaborative nonprofit that produces regular reports on community issues. "We have a major problem on our hands."

Here's what the data says: The rate of domestic violence offenses per 1,000 in Spokane County has shot up from 7.2 in 2005 to 8.8 in 2015, according to a 2017 Spokane Regional Health District report on violence in the county. The analysis also found that reports of intimate partner violence among adolescents has been rising since 2014. Additionally, the number of reports to Child Protective Services of child abuse or neglect tracked upward from 2006 to 2014, before declining slightly through 2015.

Similarly, a 2017-18 Spokane County Community Needs Assessment produced by Priority Spokane in collaboration with a variety of stakeholders identified family violence as the region's most pressing issue. The report cited the increase in the rate of domestic violence offenses and child abuse cases and also highlighted that youth of color are more likely to be abused.

There is some disagreement in the local domestic violence services and advocacy community over these figures. Morgan Colburn, director of counseling and outreach at the YWCA Spokane — which offers services to survivors of domestic violence — says that the uptick may reflect survivors' and the public's increasing willingness to report violence and abuse to law enforcement.

"I see our higher reported incidents as speaking to the value of our relationships with our police officers," she says. "Nationally, that average of 'one in four women has experienced domestic violence' has been stagnant for decades."

The contributing factors to domestic violence are varied and complex. Wilson, at the health district, says that poverty, lack of educational attainment, mental health issues and addiction all coalesce to contribute to instances of domestic violence.

However, fundamentally, it is about "power and control," Colburn says. She places the onus on the abuser.

Oelrich, with Priority Spokane, points to the psychological profiles of men who are abusers in many domestic violence situations, pointing to research done by social theorist Jackson Katz, who argues that traditional cultural conceptions of masculinity contribute to domestic violence and its prevalence.

"Most folks imagine domestic violence to be easy to spot and they imagine the physical abuse, the acute assault," says Erin Williams Hueter, Inland Northwest director of Lutheran Community Services, a nonprofit that offers domestic violence services like victim advocacy. "However, there is this whole pattern of controlling behavior and grooming somebody [so that] they don't have the power or ability to be OK on their own anymore, which is just insidious.

"It's dangerous to the health of our community regardless of whether it ends in physical violence," she adds.

To try to establish a comprehensive multiagency response to domestic violence, Priority Spokane is now working with the Spokane Regional Health District and other stakeholders to conduct a "formal mapping process," which will identify root causes and gaps in community resources and service offerings throughout the county. (The other priority issue areas the assessment identified are a lack of affordable housing and mental health and addiction treatment services.) The notion is that the next report will serve as a roadmap for regional stakeholders to collaboratively allocate resources and efforts.

Wilson, with the Health District, says that "upstream" community investments are crucial to preventing trauma generally, and, ultimately, violence, such as early childhood education.

"When law enforcement is involved, that's after the fact," she says. "Our community needs to prioritize that and really focus our energies and efforts in that direction." ♦