An Island No More

With the release of their fourth record, it's time to start paying attention to Future Islands 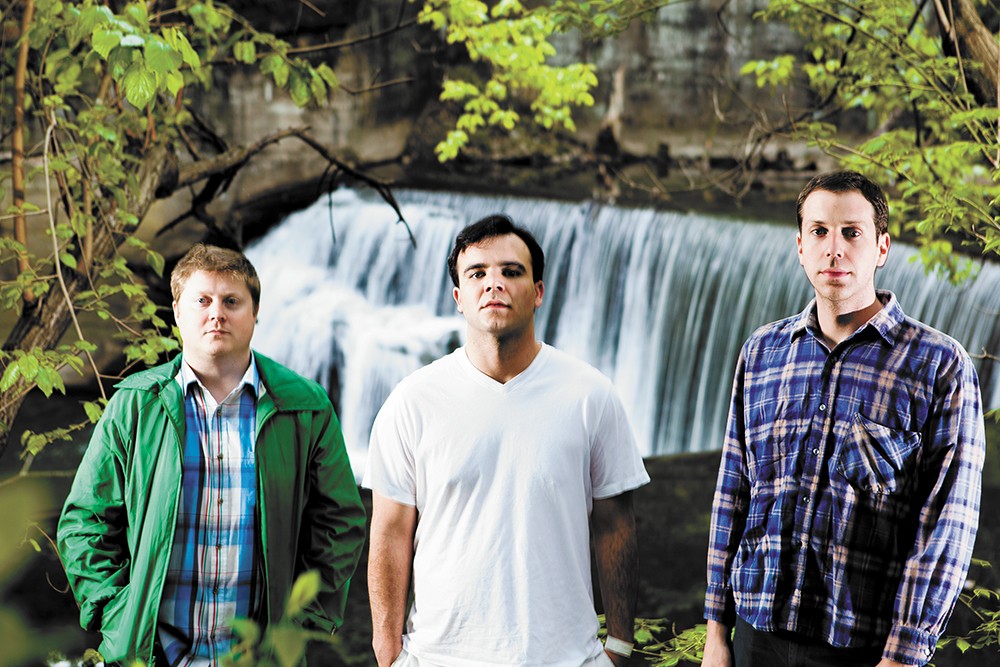 After eight years together, Future Islands are just starting to get some recognition.

His stage presence is at once electrifying and in the next moment edging toward melancholic.

During the band's network television debut performance earlier this month on the Late Show with David Letterman, Future Islands frontman Samuel T. Herring stomps from side to side in an exaggerated two-step, crouching low with his neck out, head bobbing. On the chorus of the Baltimore pop-rock trio's new single "Seasons (Waiting On You)," Herring pounds his chest emphatically like a fervent male gorilla in all black, T-shirt tucked neatly into belted slacks. Behind Herring, keyboardist Gerrit Welmers and bassist William Cashion stand calm and steady.

For the past eight years, Future Islands has been making music and touring the world, all this time working toward — what now seems long overdue — recognition beyond a dedicated following of longtime fans. It's the kind of notice that led them to the aforementioned TV performance and world tour following a string of eight shows in four days during Austin's South by Southwest festival.

Despite all this newfound attention, the band remains grounded, even in their surprise.

On a quick break at his Baltimore home before the tour, Cashion reflects on the buzz Future Islands is attracting, the band's past, the whirlwind of SXSW and the release of their fourth full-length record Singles.

"I think seeing everything grow in a really organic pace — we're always working so hard — and to see the audience grow as you continue to come through means a lot to us," Cashion says. "We definitely played for people who never heard us before [at SXSW] and they weren't expecting what the live show was like, with Sam's dance moves ... We definitely turned some heads while we were there."

From opening track "Seasons" to closing song "A Dream of You and Me," the 10-track Singles showcases Future Islands' signature dancey beats with rolling bass lines and chiming keyboards, juxtaposed with realist lyrics about life, love and heartache, through Herring's rich, emotive voice.

Future Islands stops in Spokane for the first time next week. They'll be playing venues of all sizes on this tour, Cashion says, from the intimate, 150-person capacity Bartlett here to the massive Coachella Valley Music fest in Southern California 10 days later.

Future Islands has worked years — playing hundreds of shows — to reach where they're at today, but Cashion says the band never wants to stop playing small venues:

"We want to continue to be the band that can play any size room and still bring the same quality show that we would at a massive venue or a 50-person dive." ♦