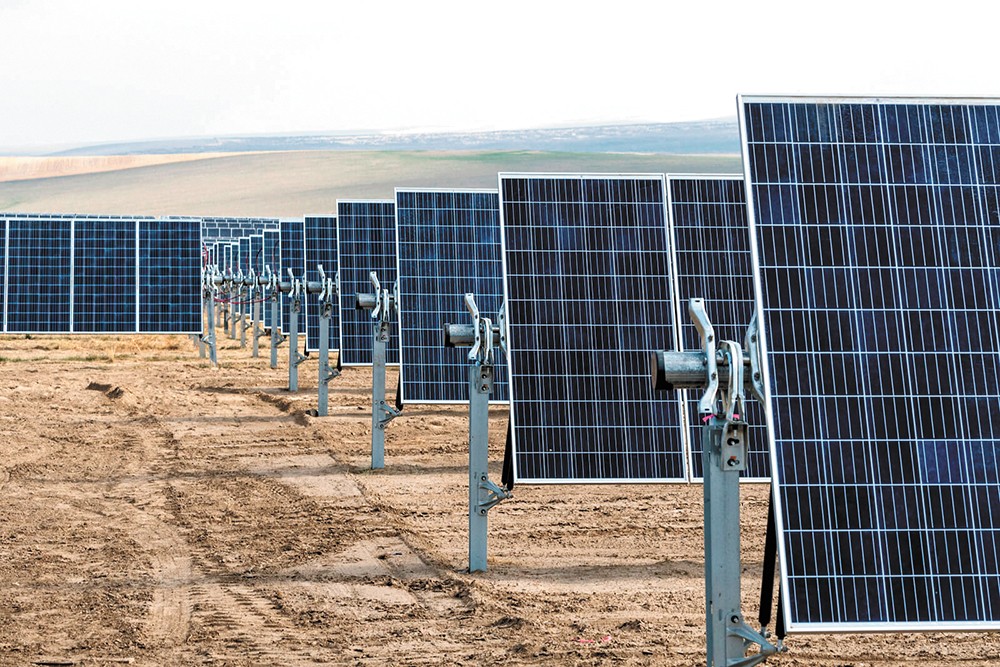 The coronavirus has brought much of America to a standstill. Car travel has dropped in many places, manufacturing is down, and plane travel has been down 90-96 percent during most days over the last two months, according to Transportation Security Administration passenger numbers from 2019 and 2020.

But those temporary emissions reductions aren't nearly big enough to change the lasting concentration of greenhouse gases in our atmosphere, experts say. Data from the National Oceanic and Atmospheric Administration shows that May — typically the month with the highest carbon-dioxide concentration of the year — is still on track to have the most carbon pollution since humans have existed. Climate Central, an organization that shares climate findings from scientific research, compares it to a clogged bathtub.

That's significant, as a recent study by researchers in Europe, China and at Washington State University showed that if we don't make drastic changes, the planet will heat up enough in the next 50 years that 3.5 billion people will need to move. Even in a best-case scenario, with significant warming avoided, the researchers predict 1 billion people will be displaced.

"If 1 billion people is the best-case scenario, that's huge," says WSU archaeology professor Tim Kohler. "For a little bit of context, there's something on the order of 250 million people right now living outside the countries they were born in."

But while coronavirus shutdowns haven't been a silver bullet for the world's climate change woes, there's good reason to believe that the current state of the world is helping accelerate a transition to clean energy. Among the signs: April marked the first month ever that renewable energy sources in the U.S. — including hydropower, wind and solar — generated more electricity than coal every single day.

"In some respects, you hate to see progress on the back of tragedy, which is to a degree what's happening right now," says Sean O'Leary, communications director for the Northwest Energy Coalition, whose members include some major utilities and public utility districts in Washington and Oregon. "But the fact is yes, what's happening right now is accelerating the transition."

Well before the COVID-19 health crisis, utilities around the country were already shifting from long-term plans that counted on coal plants remaining open for decades to timelines that will close many plants over the next few years.

Economically, coal is proving to be far pricier than natural gas, wind or solar right now, O'Leary says. It helps that with some electricity usage down, and more people working from home, the demand for energy has become a little more spread out over the course of the day this spring.

"Because more people are spending more time at home, overall the energy usage has flattened out, the peaks and the valleys are not nearly as great," O'Leary says. "In an environment like that, utilities have a greater ability to choose the resources to use."

Indeed, Steve Winberg, the assistant secretary for fossil energy at the federal Department of Energy, recently warned that if people continue to work from home in large numbers after this, the country could have excess electricity throughout the year, and put coal at an even bigger disadvantage.

"We're seeing potential early retirements on coal-fired power plants because of the COVID," Winberg told the Eastern Fuel Buyers Conference, according to S&P Global Market Intelligence reporting. "Once they shut down, they just may not restart."

Winberg warned that the department still believes coal plants to be an important part of a reliable grid that can handle large demand during cold winters.

But many utilities that were once worried about the "intermittency" of wind and solar (which depend on the wind blowing and sun shining) have in recent years found that reliability hasn't been a major problem as those sources have been integrated into the grid, says Seth Feaster, a data analyst with the Institute for Energy Economics and Financial Analysis.

Recent analysis by the institute showed renewable generation surpassed coal for the first time in April, partly because spring is a good time for wind and solar generation, and partly because demand tends to drop as temperatures are less extreme, Feaster says. The institute had originally predicted renewables would beat out coal overall in 2021, but it's looking like that might even happen this year.

Utilities tend to plan for power sources that can serve them for 30, 40 or 50 years, and pay themselves off much sooner than that. Due to its cost, coal can't do that anymore, making renewables more favorable.

"Utilities care what the public thinks about them. They also care about profits," Feaster says. "Their experience here is showing them renewables are probably the most profitable way going forward."

At the same time, the renewable energy job market has been hit hard by job losses from delayed construction projects during the pandemic. More than 106,000 clean energy workers lost their jobs in March, according to one analysis.

Feaster notes that while natural gas plants are in the works around the country to help with demand, the vast majority of new electricity generation construction is in wind and solar, because they are cost-competitive. While there are subsidies for wind and solar, there are also tremendous subsidies and financial breaks given to fossil fuels, too.

"The idea that somehow renewables are unfairly competing with gas and coal I think is untrue," Feaster says. "Utility companies are not slowing down their renewable projects at all. There may be some delays in some places about the way they are constructed. But in terms of long-term capital expenditures, there does not appear to be any kind of long-term change in their approach." ♦

IN TIME OF CRISIS

As families face unprecedented unemployment rates, and the possibility of utility shutoffs, energy organizations have called on Northwest utilities to do everything they can to help people save on their power bills and prevent shutoffs, says Sean O'Leary with the Northwest Energy Coalition, whose members include some major utilities and public utility districts in Washington and Oregon.

As families get DIY conservation tips such as changing out lightbulbs for more efficient models, one of the biggest positives for energy consumption has been that people are spreading their usage out, O'Leary says.

"It's almost hard to exaggerate how big a deal it would be if people would spend significantly more time at home and less time commuting as we did before this event," O'Leary says.

Some power plants only exist to deal with rare peak power usage during the mornings and evenings a few times a year, he says.

"When you think of the capital investment required to build a gas-fired power plant that only runs three or four days a year, the inherent inefficiency of that is horrific," O'Leary says. "Anything we can do that not necessarily causes a reduction but mitigates those peaks and valleys makes a huge difference in how much we have to invest."