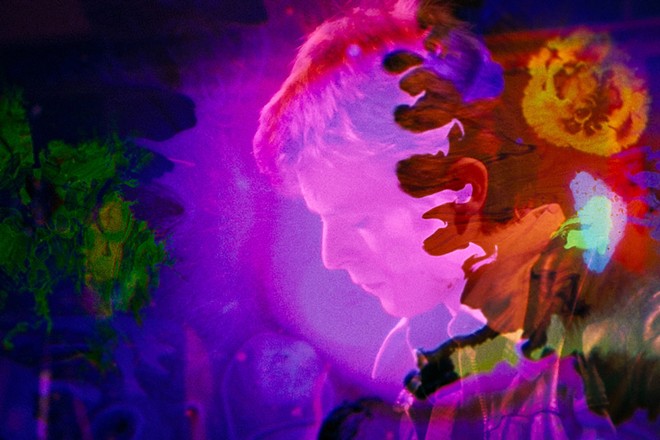 If you're looking for a musician worthy of being projected onto a massive IMAX screen, it's impossible to do any better than David Bowie. From the early days in the limelight as the androgynous alien rock star Ziggy Stardust to the Euro chic of his Thin White Duke character to his distinguished look in later years, Bowie always emitted grand style seemingly tailor-made for our collective cinematic dreams.

Bowie's vibrant life now gets an artistic and colorful tribute in the form of Brett Morgen's new IMAX documentary, Moonage Daydream. Morgen made a mark in the musical documentary sphere with the excellent Kurt Cobain: Montage of Heck, the overwhelming and raw telling of the Nirvana frontman's life through wild collages of his artistry and music. While Moonage Daydream certainly won't be as focused on the rock fury as Montage of Heck, it looks to turn the spectacle up to 11 — creating a visual and audio experience to properly convey Bowie's visionary brilliance.

Moonage Daydream is the latest in a long line of music documentaries covering sonic superstars. It makes perfect sense that documentarians would focus their attention on trying to find out more about artists who become ubiquitous pop culture icons, and films covering folks like Bob Dylan (Don't Look Back), the Rolling Stones (Gimme Shelter), Metallica (Some Kind of Monster), Madonna (Madonna: Truth or Dare) and Amy Winehouse (Amy) are often cited as the best the cinematic subgenre has to offer.

But to offer a counter, here are some rock docs about non-superstar musicians that are worth checking out. 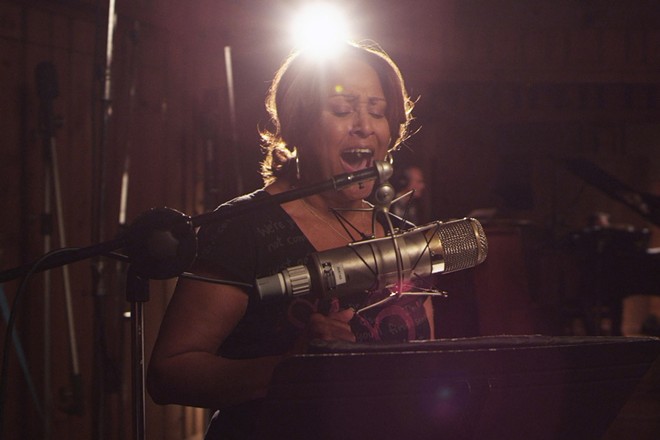 Since it's very apropos for this topic, let's start out with Morgan Neville's Oscar-winning documentary about backup singers. 20 Feet From Stardom showcases the highs, lows and pure artistry of the performers singing behind the lead singer for iconic pop, rock and R&B songs, specifically the contributions of a handful of phenomenal Black women (Darlene Love, Judith Hill, Merry Clayton, Lisa Fischer, etc.). Neville delves into the talent and passion it takes to play a supporting role in the bigger musical picture despite these women often being able to vocally blow the stars out of the water. The film explores the immense difficulty when these women try to go solo, and why some of them are content hanging back away from the spotlight. Along the way there are unforgettable moments, like how Clayton came to sing on the Rolling Stones' "Gimme Shelter." 20 Feet also stands out for displaying the subjects' talents in real-time far more than most music docs. Streaming on Cinemax. 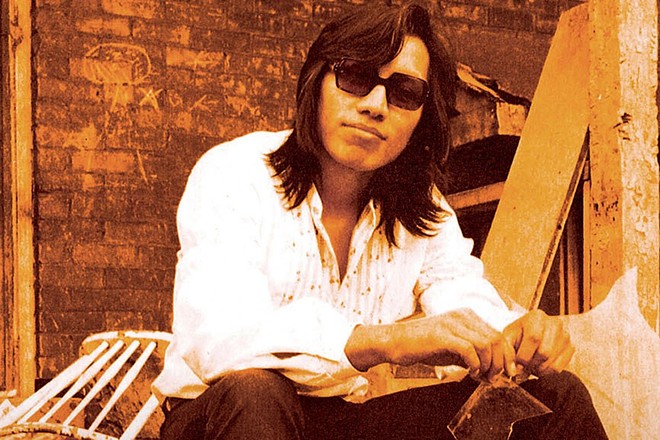 Another Oscar winner for Best Documentary, Malik Bendjelloul's feature tries to unravel the mystery of Rodriguez — a completely unheralded Detroit folk rocker who became a superstar in South Africa and was rumored to have died long ago. Well before the current true crime boom, this 2012 film unfolds with many of the same tantalizing and thrilling beats of that genre, as the filmmakers try to piece together exactly how this unknown artist accidentally blew up overseas and became a cultural touchstone for the anti-apartheid movement, while also attempting to figure out what became of this seemingly ghostly musical presence. Streaming on AMC+.

David Bazan has long been one of the most insightful men in rock, and Strange Negotiations distills the influential songwriters' introspective essence. With his band Pedro the Lion, the son of a pastor gained indie rock fame in the early '00s as the ultra-rare successful Christian rock crossover artist. But then he had falling out with Christian Evangelicalism. Strange Negotiations finds Bazan confronting the dark sides of modern American Christian Evangelicalism and its politics, the toll his career has put on his family, and the hope found in musical connection with believers and nonbelievers while following Bazan on a house show tour (and employing some gorgeous cinematography to convey the loneliness of the open road). Streaming for free on Kanopy.

I miss the era of rival bands, where certain groups in local or genre scenes would essentially go for each other's throats. It's pure silly drama. No movie captures the dynamic as well as the Sundance Grand Jury Prize-winner Dig!, which documents the love-hate battle between West Coast alternative bands the Dandy Warhols and The Brian Jonestown Massacre. As both groups rise to middling prominence during the mid-'90s, frontmen Courtney Taylor-Taylor and Anton Newcombe wrestle with the quest for fame, artistic integrity, messy self-destructive choices and the scene politics of selling out. Streaming for free on YouTube; search "Dig documentary." THE DEVIL AND DANIEL JOHNSTON

Outsider lo-fi artist Daniel Johnston is certainly an acquired taste. His songs can be dissonant and off-kilter, and his guitar playing skills are ummm... suspect. But many who "get" his ramshackle childlike D.I.Y. songs (including luminaries like Kurt Cobain) consider him a songwriter on the same level as The Beatles or Dylan. He was also a man who struggled with severe mental illness that manifested in ways destructive to himself and others. Jeff Feuerzeig's documentary showcases both how he became an underground legend in the '80s, and how his unique brain fostered and hindered his musical career. Streaming for free with ads on Tubi. 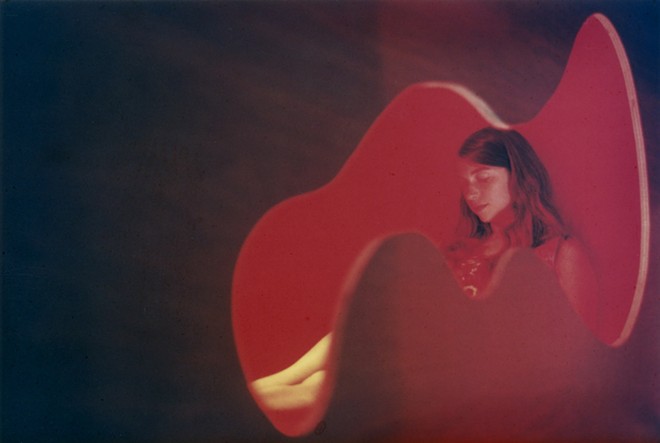 A LIFE IN WAVES

You've probably never heard of Suzanna Ciani, but if you were a child of the '70s and '80s, you've almost definitely heard her work. Back when computers were still not even a mainstream technology, she was a revolutionary pioneer in a new form called electronic music. (I'm sure that genre will never catch on!) A Life in Waves attempts to shine a light on this largely unknown trailblazer who managed to be both a wiz in commercial sound effects and a waaaaaaay ahead-of-her-time artist when making her own lush synth-driven albums. Rent on Apple TV.

The pioneering black punk band gets a spotlight in A Band Called Death (Pluto TV). The Sparks Brothers (Netflix) finds Edgar Wright bringing his stylish flair to recount the lengthy career of the pop oddball duo Sparks. Bikini Kill singer and riot grrrl icon Kathleen Hannah gets her flowers via The Punk Singer (Plex). And the quirk of art pop rockers They Might Be Giants comes to the forefront in Gigantic: A Story of Two Johns (YouTube).♦