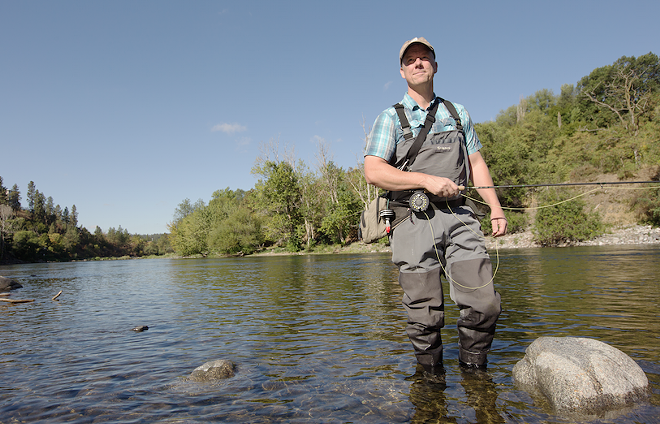 Young Kwak photo
Spokane Riverkeeper Jerry White says his work will continue fighting for the Spokane River watershed after the Center for Justice announced it will close.
The Center for Justice in Spokane has announced it plans to close for good next week, after 20 years of providing legal help and advocacy for inequality, housing, justice reform and sustainability efforts.

"We find hope because so many in our community are working towards a common vision of a more just and humane Spokane. The center is in conversations with these allies, who will see to it that the work we have been doing continues," writes Dainen Penta, executive director for the board of directors, in an announcement March 18. "In these trying times, it is critical that we work together to change unjust laws, policies, and systems that impact us all, and that we lift up and support the people and communities most impacted by injustice."
In a news release, the center noted its history:

"When Spokane attorney Jim Sheehan received an unexpected inheritance, he saw his opportunity to 'even the odds' for people and community groups who had been harmed by systemic injustices, and he founded the Center for Justice. The Center grew from its beginnings offering legal services to low-income clients, and it's gradually expanded to other areas, including environmental and land use law. The Center’s programs and services have responded to community needs, most recently offering criminal expungements, relief from court debt, and drivers relicensing."


The center will no longer take legal clients, and will officially close March 24. The board was working with other nonprofits and service providers in the area to ensure elements of the center's work will continue.

"We are tremendously appreciative of every donor, supporter, volunteer, intern, and community partner who has given so generously and graciously of their money, time, and energy" says Paul Dillon, board president, in a news release. "We are going to make sure the work started here at the center continues, and that our clients are supported and held by the community."

"It was sort of baked into the DNA of our Spokane Riverkeeper organization that we’d someday go independent," White says.

So the Riverkeeper's work will continue on issues like asking the Department of Ecology not to approve "variance" applications that would allow the biggest polluters into the Spokane River to continue dumping more of the harmful chemicals known as PCBs than current law allows.

Note for those following this issue: The variance rule-making process is still ongoing, and Ecology has rescheduled the open house that was set for March 24. That event will instead be held online at some point in April. Meanwhile, an online webinar about the variances is still scheduled for March 26.