Would electing the city attorney make them more accountable to the people — or just more swayed by the whims of the mob? 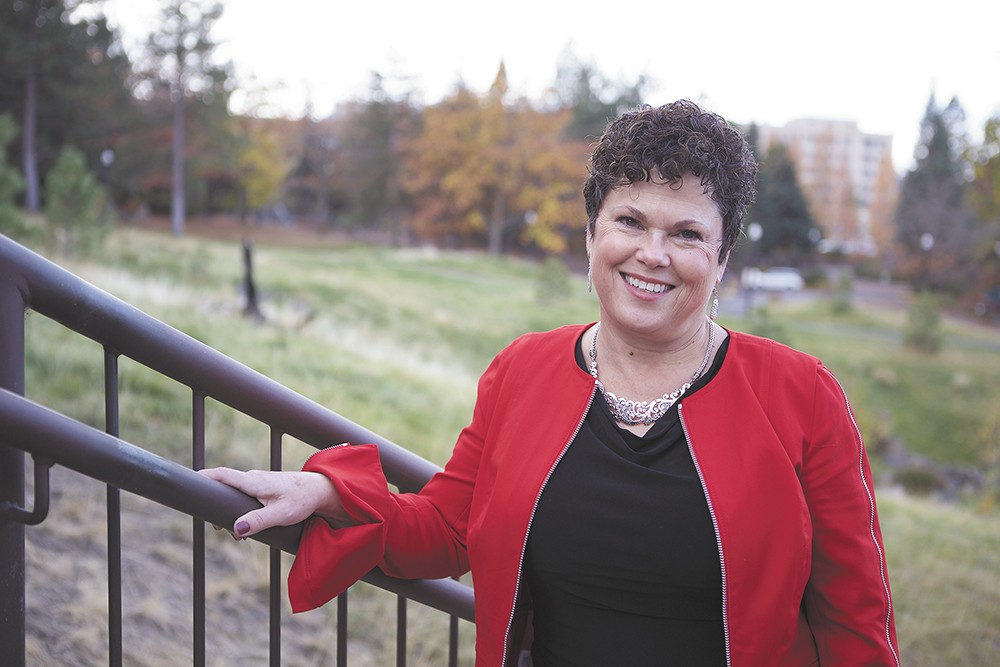 Even before the explosive report came out last month,

City Council President Ben Stuckart was flirting with the notion of yanking the power to pick Spokane's city attorney out of the hands of Mayor David Condon and placing it in the hands of the public.

But the independent investigative report pushed him over the edge: It concluded that the city attorney's office intentionally withheld important documents concerning a police chief scandal until after the mayor's election last November. While the Condon administration has vehemently denied impropriety, to Stuckart it just underscored the fear that, because the city attorney can be hired or fired by the mayor, the role of city attorney is skewed in the mayor's favor.

"That role shouldn't be acting to protect the mayor. They should be acting in the best interest of the citizens," Stuckart says. "Which to me would be releasing the goddamn documents."

He wants to put a measure changing the city attorney to an elected position on the ballot in the spring.

"Instead of being an appointment of the mayor, it would have true political independence and answer to the whole city," Stuckart says.

Condon has said he wouldn't support the idea, citing how crucial it is for the city to be able to pick an attorney with specific qualifications at a specific time. His recent pick for city attorney, Laura McAloon, shares his opposition.

"Ben's comment in the media that, that's why you need an elected city attorney, to take the politics out of it?" McAloon said at a press conference. "For Pete's sake, you just inserted politics into the position. I believe that if you have an elected city attorney, that person is always going to struggle with, if you give advice, what will the voters think? Will I get re-elected?"

This question — is Spokane better served by putting the job of city attorney into the hands of the mayor or the voters? — is one the city has returned to time and time again. After all, this wasn't the first time the Spokane city attorney's office has been accused of covering up important documents.

While Stuckart is a new convert to the belief that city attorneys should be elected, his fellow councilmember Breean Beggs has been pushing the idea for five years.

"In my view, it's always political," Beggs says. "The question is who has the power to make the political choice. Is it the mayor's office or the voters? I don't think 'political' is a bad thing."

Take the River Park Square parking garage debacle — a convoluted partnership between the city and the wealthy Cowles family that ended in a disaster costing the city tens of millions of dollars.

Yet the city's attorney office repeatedly invoked attorney-client privilege to prevent reporters from getting their hands on crucial documents that exposed the truth about the deal, and just how much city councilmembers knew. By 2006, the decision to hide documents resulted in a nearly $300,000 settlement from the city for violating public records law, and an apology from the city for misusing attorney-client privilege.

That same year brought a new scandal: The death of developmentally disabled janitor Otto Zehm. There were four camera angles in the Zip Trip showing that Officer Karl Thompson beat Zehm with his baton. But Assistant City Attorney Rocky Treppiedi only revealed two in response to public records requests, hiding crucial information from the public and investigators.

Beggs, who faced Treppiedi during the subsequent civil lawsuits, says he often wondered who the city attorney's office was working for.

"If you cross the mayor, you risk getting fired," Beggs says. "[That] has got to be in the back of the mind of the city attorney."

"Anyone in an elected position, I think, feels much less inhibited at telling members of the executive and/or legislative branch 'no,'" Delaney says. "Any good lawyer who's advising the client has to feel free to say no."

Other local leaders worry that voters would risk getting saddled with a dangerously unqualified politician if they voted on city attorney.

"Someone who is a good campaigner could get elected and not know diddly about the job," says County Commissioner Al French.

But Larry Haskell, the elected county prosecutor, sees value in campaigning and debating for a skilled attorney job like his.

"It gives the people an opportunity, if they choose, to find out what the issues are," Haskell says.

He believes voters should decide whether they want to elect the city attorney.

Verner is also cautiously supportive of electing the city attorney, as long as the public understands that the attorney would represent the city, not the voters.

By contrast, her predecessor, Dennis Hession, worries that voters may not be equipped to choose the best attorney.

"Are you creating an opportunity for people to weigh in? Yes. Are you giving them the tools to make the decision? Maybe not," Hession says. "You have to remember you're creating another politician. Do you really want your city attorney to be a politician?"

For proof of the positive impacts of an elected city attorney, both Beggs and Stuckart point to Seattle, the sole city in Washington where the city attorney isn't appointed.

And while Spokane's city attorneys have only rarely agreed to speak with the press, Seattle City Attorney Pete Holmes is happy to talk to the Inlander.

"If you're appointed, there is no upside to making a statement," Holmes says. "You will have a much more responsive office if you have that person be elected. I'm answerable to the voters of Seattle. I don't shy away from tough questions."

Holmes is the sole decision maker for the city of Seattle to decide when to settle, when it's worth going to trial, and when to sue.

For example, he sued to challenge ballot initiatives over Seattle's deep-bore tunnel against the wishes of then-Seattle Mayor Mike McGinn. The two feuded publicly over issues like police reform. At the end of it, Holmes was re-elected. McGinn was not. While Holmes says the public feuding between him and the mayor was not healthy for the city at the time, he believes the ultimate result put the city in a better place.

"I lay awake nights wondering what success looks like," Holmes says. "I can tell you this. The legal answers are almost always much easier to arrive at than the political answers."

Not every city appreciates the additional conflict that an elected city attorney can create. In 2013, San Diego CityBeat argued that San Diego should stop electing city attorneys and start appointing them.

At the time, the San Diego city attorney had called the mayor "impetuous" and accused him of trying to "intimidate others into submission," while the mayor called her "unethical" and "incompetent."

"Epic battles between city attorneys, mayors and city councils are fun for journalists to cover, but, as citizens, we've grown weary of them," the CityBeat editorial argued.

In Spokane, Stuckart is still compiling examples, both positive and negative, from elected city attorneys nationwide for a white paper about the issue, in preparation for a push to put it on the ballot next spring.

As McAloon waits for the council to approve her as city attorney, she cautions against hastily changing the system.

"The most important thing to me is that it isn't a knee-jerk reaction to the current situation," she says. "I don't think it should be something that should be done quickly." ♦