A diet that claims to destroy fat, build lean muscle and clean the body is drawing criticism — but at the same time, it's growing fast 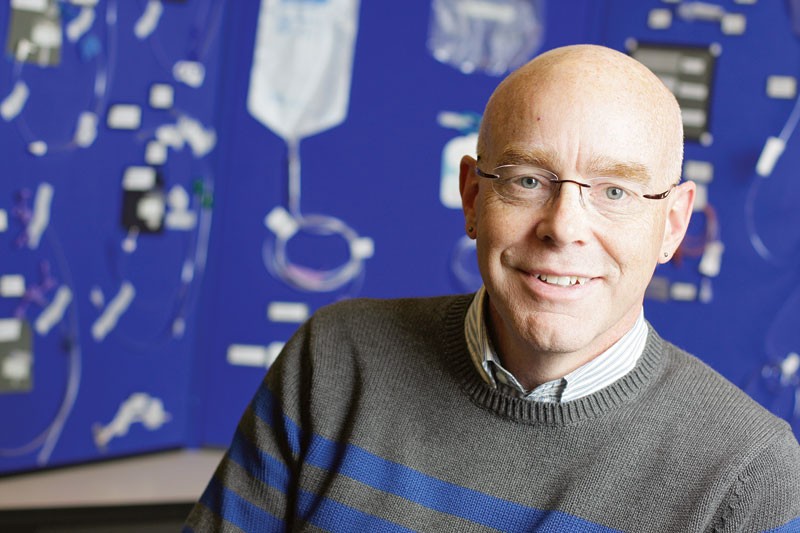 Lose weight, gain muscle and clean out your body. Sounds great, right? Isagenix, an Arizona-based company that claims its products can do all of the above, says its happy customers and over $1 billion in sales prove that their stuff works.

Just don’t call it a diet.

“We try to stay away from the word ‘diet,’” says Rick Despain, an Isagenix vice president. “What we are is a nutritional cleansing system.”

But dietitians are skeptical that Isagenix’s supplements do any of that, saying that its focus on cleansing is really just an old-fashioned regimen of powders and fasting that’s all been done before.

“Cleansing diets have been around, it seems like, forever,” says Nick Wood, a dietitian in Spokane. “You have to ask yourself, what are you cleansing? How does that actually work?”

While Isagenix makes a diverse array of products, including sunscreen and a dark chocolate bar that is billed as being an appetite suppressant, its most prominent products are its cleansing and fat-burning systems.

These are available in either a nine- or 30-day supply and include powdered “IsaLean Shakes,” a liquid “Cleanse for Life,” and other supplements to be taken in the course of dieting.

“Most people don’t realize the reason why they’re gaining weight is because they don’t deal with the toxins,” says Despain, adding that people lose, on average, seven pounds in the first week. “The reason being, when you address toxicity and help the body, it helps the organism release some of these toxins and you don’t need the fat stores.”

For those on the diet, Despain recommends shakes for breakfast and dinner, and a 400-calorie meal for lunch. In order to rid the body of toxins, Despain says the regimen calls for fasting for a day or two while drinking the cleanse product.

“When we started nine years ago, our formulators said if we can do something to address toxicity, we could help a lot of people,” Despain says.

The nine-day regimen retails for $176, while the 30-day supply goes for $382. Meanwhile, the company claims to have helped North Americans lose 7.2 million pounds.

Adrienne Choate, a small-business owner in Spokane, dabbled in Isagenix’s shakes and supplements, not to lose weight but to address vitamin deficiencies in her body.

“I bought their protein-health shake mix and their calcium powder, which I actually did really like,” Choate says. But she skipped the cleansing, because she couldn’t force herself not to eat. “It just doesn’t personally work for me with my lifestyle.”

Wood is skeptical that the cleansing works for anybody, at least in the long term.

“The body is self-detoxifying. That’s what our liver and kidneys do,” Wood says. By fasting and limiting yourself to shakes and small meals, Wood says, people on Isagenix are building up a calorie deficit that results in short-term weight loss. But that can have negative consequences.

Heather Gabbert, a dietitian also based in Spokane, says detoxifying isn’t necessarily a bad thing, although relying on organic fruits and vegetables can accomplish the same thing.

“Specifically what happens is that certain detoxifiers cause our cells to release fluids containing heavy metals, such as those found in pesticides, herbicides … and our bodies eliminate the toxins and fluids via loose bowel movements,” Gabbert says. “Detoxing is not a demon, necessarily.”

But Gabbert questions Isagenix’s claims that it can build up muscle mass as part of the diet. Muscle mass can only be gained from exercise, Gabbert says.

She also disputes the regimen’s call for drinking shakes instead of eating meals.

“Rather than use it as a meal replacement, use it as a supplement, as it’s named,” Gabbert says. “In addition to having three well-balanced meals, have that in between.”

Or you could not have it at all.

“I’d like to point out that if planned and chosen wisely — with the help, perhaps, of a registered dietitian — consuming food will achieve the same goals and be more satisfying than a liquid, as it will stay with you longer,” Gabbert says.

Despain counters these claims by saying the regimen calls for exercise to maintain muscle mass. It also doesn’t frown on eating.

Choate says she was satisfied with the supplement’s results when she was on it. She ended up stopping the regimen only because it cost too much.

“If the opportunity presented itself and the finances are a little more stable,” she says, “I’d probably order that stuff again.”