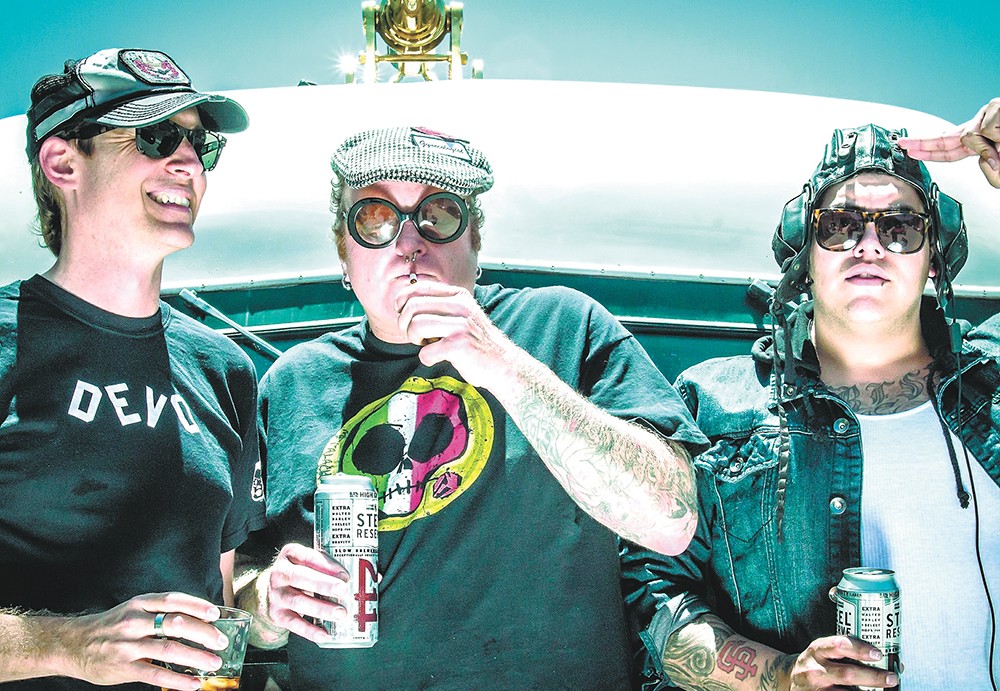 It's a little mind-boggling to consider all the musical styles and trends that have come and gone since singer/guitarist and Rock and Roll Hall of Famer Sammy Hagar first hit the national scene in the early '70s. Through them all, the Red Rocker has remained a steadfast, straightforward advocate of good times and big guitars in his music. Even as his own career has alternated between fronting bands (Van Halen, Montrose, Chickenfoot, HSAS) and releasing solo albums, the sound has remained remarkably the same, no matter who Hagar was playing with. With the Circle, he's arguably found the ideal backing band to deliver the hits from all the periods of his career. Jason Bonham (son of Led Zeppelin's John) sits behind the drum kit, and Hagar loves doing a Zeppelin cover now and again. Bassist Michael Anthony played with Hagar in Van Halen and Chickenfoot, and some of Hagar's biggest hits came via those bands. Guitarist Vic Johnson is an ace player who first played with Hagar in his post-Van Halen crew the Waboritas. When they get together, expect solo Sammy, Van Halen hits, cover tunes and more. (DAN NAILEN)

What is it about Sublime that has given them such a long lifespan, even though the band itself doesn't really exist anymore? The iteration of the California reggae-rockers that's coming to Northern Quest next week — known as Sublime with Rome, name-checking new frontman Rome Ramirez, for legal reasons — does feature original Sublime bassist Eric Wilson, but it's kind of impressive that a band with such a turbulent history and a relatively small catalog is still drawing casino-ready crowds. Sublime's biggest success was 1996's self-titled record, released just two months after founding lead singer Bradley Nowell died of a heroin overdose, and it spawned the singles "What I Got" and "Santeria." They were hardly Top 40 hits, but they're now considered alt-rock classics; spend enough time at the Monterey Café on karaoke nights and you're bound to hear one or the other. And if Sublime's presence in Airway Heights isn't enough to stoke your mid-'90s nostalgia, consider that their opening band is the Offspring. With their song "Pretty Fly (For a White Guy)," the long-running pop-punk group was an inescapable presence on late '90s radio for a hot minute, and although they never really had another huge hit, they never quit making music. In fact, they recently provided the fourth Sharknado movie with its theme song. How's that for longevity? (NATHAN WEINBENDER)