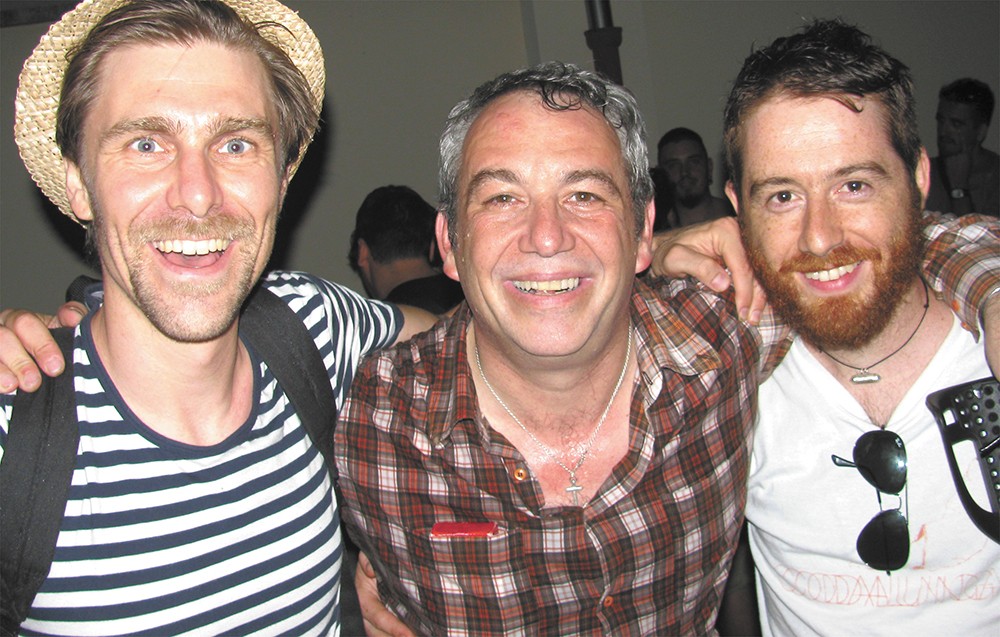 Though Mike Watt has been playing bass for more than 40 years,

he still considers himself a student.

"There's a danger about being around a little while. You think you know it all," he says from Los Angeles. "Nobody can ever know it all, no matter how long they live or what they've done."

Watt's thirst for knowledge began as a founding member of the pioneering punk band the Minutemen. Since then, he's gone on to create Dos, fIREHOSE, the Secondmen and the Missingmen, and has also played with the Stooges since 2003.

"I'm getting into middle age, and I've found that it's really important to keep learning," he reiterates. "A situation like [Il Sogno Del Marinaio] is totally up that alley."

Watt met Pilia in 2005 when the latter acted as a guide while Watt toured Italy in support of his solo "rock opera" album, The Secondman's Middle Stand. In 2009, Pilia emailed Watt and asked if he would play a festival with him and Belfi in Italy.

After writing original material for the show, the trio played the festival and promptly embarked on a six-gig European tour, setting aside two days in the studio to record its debut, La Busta Gialla (The Yellow Envelope), which was released last year.

The situation was similar when the trio returned to Italy to record its sophomore album, Canto Secondo (Second Song). After a European tour, Il Sogno spent eight days in the studio, resulting in, as Watt says, the band finding its voice.

"The first one, we didn't really know each other," he says. "The second one was neat because we could bring a voice from the band."

After two albums, Watt says that Pilia and Belfi's technical skills and "sincere spirit" have shown him that punk is alive and well.

"We both come from part of the punk movement, even if we're 20 years apart," Watt, 56, says. "They show me that that wasn't just some freaky thing that happened."

Playing with his new group has taught Watt more about music's transcendent nature.