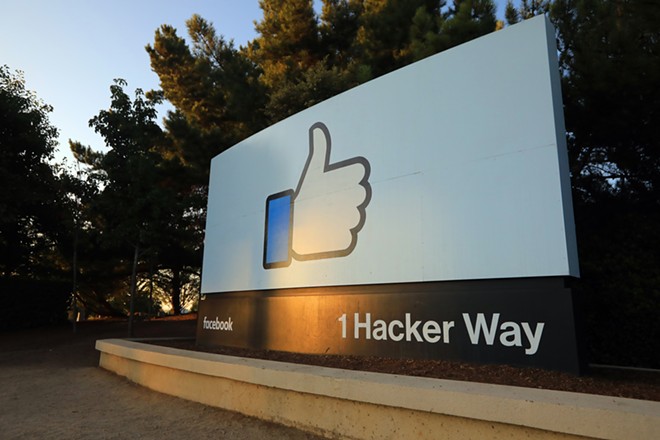 SAN FRANCISCO — The technology industry’s biggest companies show no signs of leaving the places they call home. But to stay there, they’re deciding that they need to play a role in fixing a housing crisis they helped inflame.

Facebook said Tuesday it would give $1 billion in a package of grants, loans and land toward easing California’s severe crunch by building an estimated 20,000 housing units for middle- and lower-income households.

The move is the latest in a series of efforts by technology companies to put their financial resources toward addressing the housing affordability problems that have afflicted tech centers around the country. In June, Google pledged $1 billion for a similar effort in California.

Despite having some of the highest wages in the nation, California has the highest state poverty rate once the cost of housing is figured in.

Taken together, the investments by Facebook and other companies show the degree to which large employers in the Bay Area and other tech centers are having to aid in the basic governance of their regions if they plan to keep expanding.

Growing in the Bay Area increasingly means not just figuring out where your top-paid employees live and how they get to work but also helping other employees do the same. Long before they got involved in affordable housing, Google and Facebook hatched plans to build housing around their campuses. Each weekday morning, an estimated 1,600 private buses fan across the Bay Area to ferry tech workers to their offices.

While housing advocates generally applaud the efforts by Facebook and other companies, beneath the large numbers and press-release headlines are details that have yet to be worked out. For starters, these are not donations but investments on which the companies expect to make money, and substantial portions of them come in the form of land instead of cash.

Facebook said its money for housing would be used over the next decade. The package includes a $250 million partnership with the state for mixed-income housing on state land, $150 million for subsidized and supportive housing for homeless people in the Bay Area, $250 million worth of land near its headquarters in Menlo Park, $25 million for teacher housing in the Silicon Valley and $350 million that the company said would be spent based on the effectiveness of the programs.