Fiction passed off as truth on This American Life reminds us that before aspiring to art, journalism must be science. 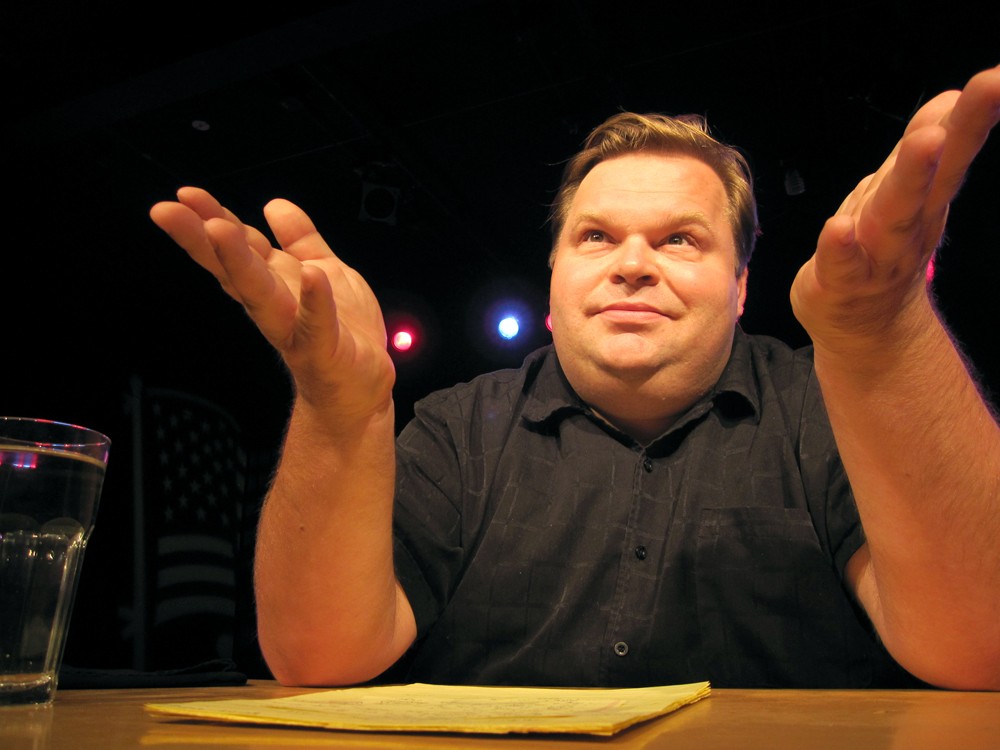 Mike Daisey, the theater performer at the center of the This American Life controversy

Don't be confused: Real journalism is not art. It’s not theater, it’s not reality-based television, it’s not the distortion of details for dramatic purpose — as some recent fabricators would have you believe.

Journalism is science. It begins with research: observing, analyzing, seeking expert opinions, gathering data and challenging lazy thinking and assumptions. At the end, the results should be the best obtainable truth at that point in time. There are certainly limitations: Journalists often don’t observe the news first-hand, but must rely on the imperfect recollections of other people. There are also liars and people who want to hide facts from the public. And there are some questions that just can’t be answered, at least not at that moment.

But as long as journalists approach their stories honestly and critically — and are transparent at how they arrive at their reporting, showing their “math” — then their reports constitute the best rough draft of history that we have. Free societies need this type of credible, independent journalism that respects the public trust.

That’s why it’s so disgusting when, even on a rare occasion, someone abuses that trust. Last week, the public-radio program This American Life had to retract a report on working conditions in Chinese factories making popular Apple products. The program had relied on the account of Mike Daisey, whose experience in China formed the basis of his one-man theatrical show, The Agony and the Ecstasy of Steve Jobs. Problem is, Daisey lied, and then had the gall to defend his lie. “I stand by my work,” he writes on his website. “It uses a combination of fact, memoir and dramatic license to tell its story, and I believe it does so with integrity.” In the theater, that’s fine, but when he passes off his concoctions as fact, that’s bullshit. Worse yet, his lie undermines a truth: that working conditions in some Chinese factories are, as reported by real journalists, unimaginably grim.

There are others who’ve tried to hide behind the claim of art. Last month, the New York Times devoted two separate articles to discuss a new book, The Lifespan of a Fact. The book is an annotated account of a fact-checker at The Believer magazine attempting to verify claims in an article about suicide in Las Vegas by John D’Agata. It turns out, though, that D’Agata thinks facts are simply artistic devices. He took liberties from the very first sentence, writing Vegas had 34 strip clubs, when his reporting told him the number was actually 31. His reason for the revision: “Because the rhythm of ‘34’ works better in that sentence than the rhythm of ‘31.’” D’Agata claims he’s an essayist, not a journalist, and as such he seeks a higher Truth. “It’s called art,” D’Agata told the stubborn fact-checker.

The truth is, these fabricators and fabulists want us to believe their stories are actually real. They play better on our emotions that way. But the art isn’t enough, so they steal from journalism. It’s why humorist David Sedaris labeled stories as “memoir,” so we’d believe that they actually happened to him, making them funnier. The same criticism can be leveled against James Frey, who invented the most dramatic parts of his memoir, A Million Little Pieces. Some will say that memoir warrants more latitude because it’s largely based on memory — arguing for some category between fiction and nonfiction — but the reality is these writers’ memories weren’t the problem. The facts were.

I once worked alongside Jayson Blair at the New York Times. I watched him transform from a reckless but generally honest reporter to one who simply made things up for giggles. In a bout of self-destruction, he lost all regard for truth and integrity and, it seems, went out of his way to hurt one of journalism’s great institutions, writing his own memoir, Burning Down My Masters’ House.

Still, the worst mistakes of the vast majority of reporters are honest ones. Without intent or malice, they get something wrong, and then later correct it. That has to be our expectation, and we must banish “journalists” who do anything else, for any reason.

Art, fiction, satire (consider the Daily Show or Andy Borowitz’s column in our paper) all play important roles as social commentary, but we must clearly distinguish them from journalism. While nonfiction can indeed be rendered powerful and beautiful, it must first be true. That fact alone sets it apart: Lawyers represent clients, artists represent their own visions, but journalists, critical and science-minded, must represent the best attainable truth.