ALBUM | A year after landing a place in XXL Magazine's annual "freshman class" edition, 21 Savage has released his first studio full-length, ISSA ALBUM, following a series of highly successful tapes, singles and features. He's taking it seriously; no other performers are featured on the release. The 24-year-old (real name: Shayaa Bin Abraham-Joseph) peels back his character just a bit, giving listeners a chance to peer in on his personal struggles, previously veiled by verses about how many bullets he can fit in a clip or dope-cooking instructions. Not to say those themes don't make an appearance on Issa Album, but the notoriously gloomy Atlanta rapper has expanded his palette, drawing attention to the environmental factors that created his weapon-toting persona, most notably in "Nothin New." Furthering his creative transparency, the final track is a seven-minute-long freestyle, fittingly titled "7 Min Freestyle."

PODCAST| 74 SECONDS is the story of a traffic stop produced by Minnesota Public Radio, recounting last July's infamous shooting of 32-year-old Philando Castile after St. Anthony, Minnesota, police officer Jeronimo Yanez pulled him over for having a broken taillight. The first four episodes each take an in-depth look at one aspect of the incident, with episode three providing an excruciatingly tense, moment-by-moment breakdown of the 74 seconds between police lights turning on and bullets entering Castile's body. Past episode four, the podcast becomes as-it-happens reporting of Yanez's trial, the first case in which a Minnesota officer was charged with shooting and killing someone while on duty. While half-truths and irrelevant details too often play a part in cases like these, MPR's reporters drown out the distractions with indisputable facts in relatively short, but extraordinarily concise, 15-to-30-minute episodes. 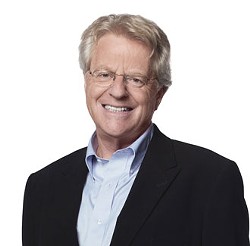 ARTICLE | How did Jerry Springer go from Cincinnati city councilmember to host of one of the most contentious shows in American television history? His ability to connect with regular people took him there. JERRY SPRINGER ON INTERVIEWING REGULAR PEOPLE is one installment in a series of articles and conversations, hosted by National Public Radio's Jesse Thorn, focusing on the art of the interview. Springer describes the moment his show shifted from a regular daytime talk show to the bombastic destruction derby we all know and — sort of — love. Springer's conversation is available to read and listen to on Columbia Journalism Review's website (cjr.org), MaximumFun.org and episode eight of Thorn's The Turnaround podcast.