Gubernatorial candidate Raúl Labrador has his eye on our wild lands 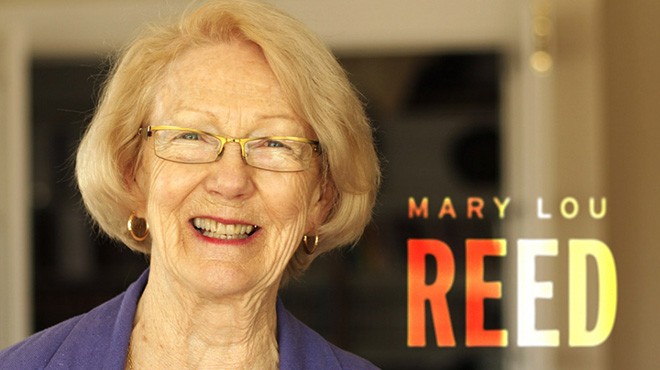 a while ago to talk to Republican voters about why he should be chosen to serve as Idaho governor. Labrador has joined Lt. Gov. Brad Little and businessman/former doctor Tommy Ahlquist in a three-way race for the Republican gubernatorial nomination. A.J. Balukoff, a well-respected hotel owner and education advocate, is the Democratic candidate.

Idaho voters are being offered a broad choice of gubernatorial candidates. The May 2018 primary is six months away, and those months will fly, as time always does.

Labrador chose to speak in a local church, which was an unusual decision since churches are expected to be non-political. But Labrador doesn't mind stepping outside the boundaries of normal protocol; he is one of the founding members of the House Freedom Caucus, which specializes in literally taking liberties.

The Freedom Caucus is a passel of 30-odd rebellious right-wing congressmen who choose never to compromise their conservative and libertarian ideologies.

Members of the Freedom Caucus exercise freely their own freedom to ignore custom and write new rules. They operate in general without regard for party leadership and other members' positions or feelings. They are quietly detested by other members of Congress.

Like many members of the Freedom Caucus, Labrador wants to take away Americans' right to elect their U.S. senators by eliminating the 17th Amendment to the Constitution. If he and his cohorts had their way, we would be back in the 19th century, when U.S. senators were chosen by special interests in state legislatures instead of voted into office by ordinary people. Freedom isn't free, but if Raúl Labrador has his way, it will be for sale.

And what about the freedom to enjoy God's green earth,

or to roam and breathe free? The League of Conservation Voters gave Labrador a zero rating for his 2017 votes on environmental legislation, and a 5 percent rating for votes over the course of his seven years in Congress.

Last year, he voted against disaster funding for people affected by the water crisis in Flint, Michigan, where toxic lead had leaked into the city's water; he voted to eliminate pollution safeguards for our waterways; he voted against a bill protecting farmworkers from dangerous pesticides. He even voted against the Land and Water Conservation Fund, which helped Coeur d'Alene in its acquisition of Tubbs Hill.

What about the freedom to live with dignity? At a town hall in May, Labrador made national news by declaring, "Nobody dies because they don't have access to health care."

And how about freedom from sexual harassment? When the infamous Access Hollywood videotape of Donald Trump's derogatory remarks about women appeared in October 2016, two prominent Idaho Republicans, Sen. Mike Crapo and Rep. Mike Simpson, condemned him and withdrew their endorsement of Trump. Labrador doubled down in his support.

I feel strongly that Labrador is not a good fit to be governor of Idaho. His interests do not match the interests of the everyday Idahoan. The majority of Idahoans are conservative, but they are middle-of-the-road conservatives.

Most Idahoans are true freedom lovers. They live one step away from the outdoors. They cherish the simple connection with the four seasons, the feel of boot to trail, or tennis shoe to asphalt. They enjoy uncluttered sunsets and sunrises. They take for granted the serenity of wide-open space and the rugged skyline of the mountains. Most Idahoans have a sense of place, or they wouldn't stay.

were all very middle-of-the-road, centrist leaders concerned about both business and education. Two were Republicans, two were Democrats.

Partisanship, while ever-present in both the governor's office and the legislature, has until recently not been the first consideration.

Governors Andrus, a Democrat, and Batt, a Republican, worked diligently together to prevent the state from becoming the nation's nuclear waste site. Both governors were also concerned about human rights, regardless of political party.

Andrus was first elected in 1970 on a platform that included saving the White Clouds natural area. In 2015, Rep. Simpson sponsored the bill that finally gave wilderness status and protection to the White Clouds.

Each of these elected officials has cared first about Idaho, its people and its land. Today, more than ever, the state needs a governor who understands the importance of protecting Idaho's precious resources.

Idaho contains 34.5 million acres of national public lands. Labrador wants the federal government to turn over the national lands for the states to manage. Polls show that a vast majority of Idahoans are opposed to such a move, preferring instead the hiking, fishing and camping options that we all now enjoy.

Labrador may well be a sharp, hard-working lawyer. But he is no friend of freedom. These days, with self-styled friends like him, freedom has all the enemies it can handle. ♦

We humans will need to change to preserve biodiversity