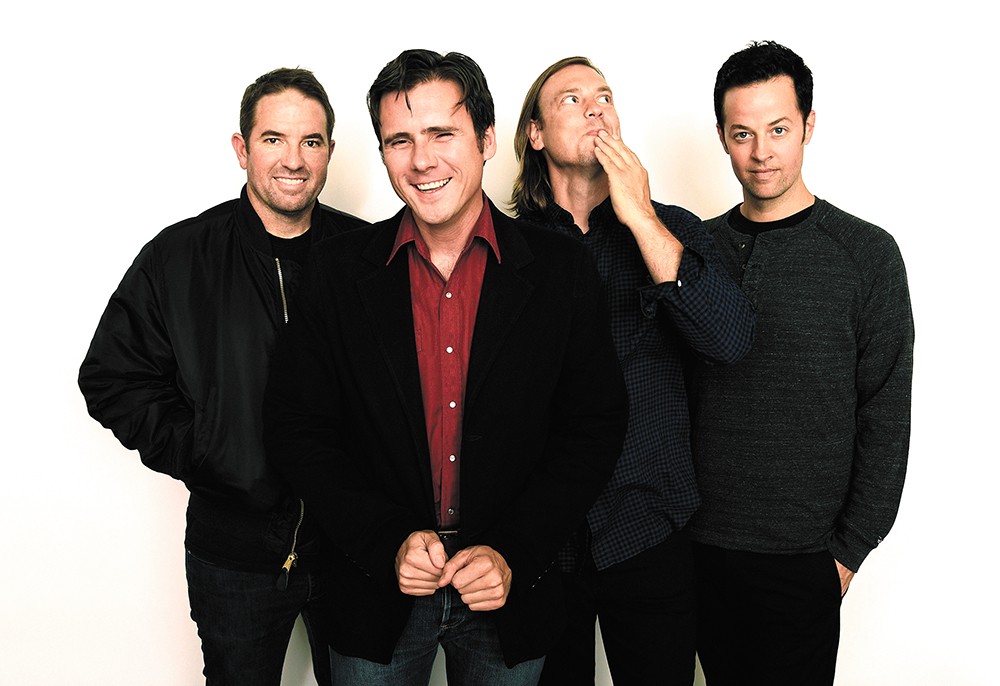 When a band's been around a while, it can be a challenge to keep things fresh.

For pop-rockers Jimmy Eat World, the years after their 2013 album Damage proved full of efforts to recharge the band's batteries, nearly 25 years into a career that's seen them move from emo-scene figureheads to MTV darlings to elder statesmen of the alt-rock scene.

They did the side projects and solo tours. They worked with a new producer in Los Angeles instead of their Arizona home base. Just this month, they did their first-ever run of shows through South America in support of their ninth album, Integrity Blues.

"We as a band came to a place where we felt like we had been doing things under the same mindset for a while," singer Jim Adkins says of the band's concerted effort to shake things up. "It was important to break out of that and try different things. We tried to break up our normal process and ... that just reinforced the idea that when you reach outside of your zone of comfort and put yourself in a little bit of fear, you benefit from that in ways that you don't even realize."

The resulting 11 songs that make up Integrity Blues aren't as far out of the box as one might imagine: Fans of the guitar-driven rock that filled the band's monster albums Bleed American (2001) and Futures (2004) will find plenty to love in songs like "Sure and Certain" and "Get Right." But there's definitely some sonic experimentation on the electronic-meets-metal "Pass the Baby" and the sparse, string-laden title track.

While the band was pushing itself to find new sounds and write in new ways, something utterly outside their control suddenly thrust their breakthrough 2001 single "The Middle" back into the spotlight months before last fall's release of Integrity Blues. That something was Taylor Swift, who lip-synced along to "The Middle" in an Apple ad last spring, launching the insistent earworm back onto Billboard's Hot Rock Songs chart 15 years after the same track launched Bleed American to platinum sales and the video full of underwear-clad partiers into heavy rotation.

It's hard to say whether listeners jumped on board Integrity Blues because of Swift, but Adkins says he has noticed a lot of new fans at shows. He says he appreciates that he sees "pockets of people in the audience responding to different songs from different albums. It's cool.

"We've just operated as, if we're just honest with ourselves and what we want to do, how we as music fans would want to be presented with something. That's the best we can do," Adkins says. "It's not for everybody, but the right people have found it. And that's just pretty much the best you can hope for." ♦