From the Old School 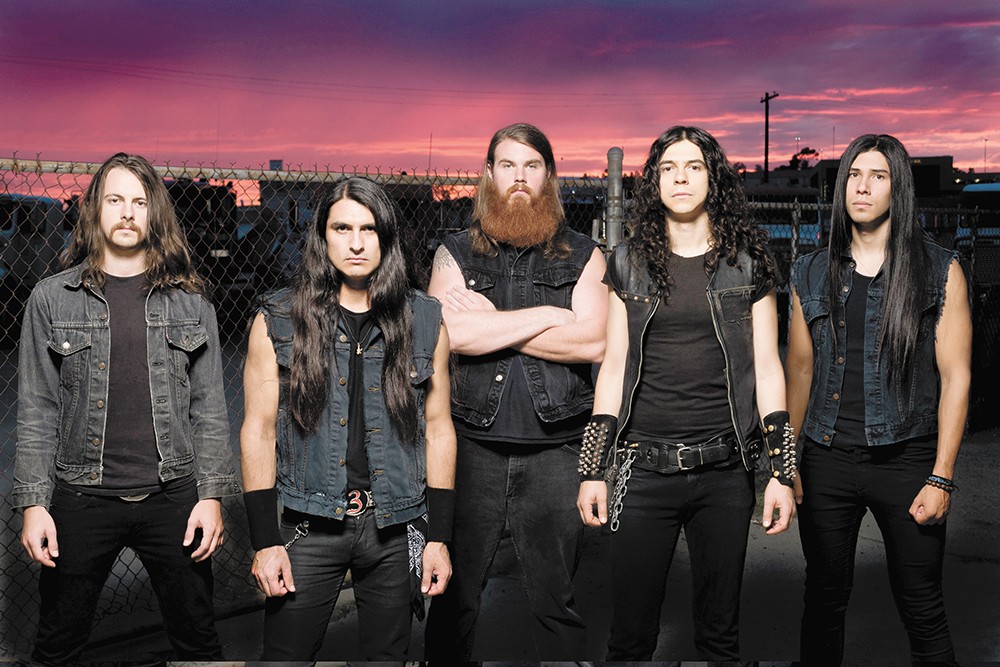 This band is the Holy Grail of old school metal.

Spokane holds a special place in the hearts of James Paul Luna and Eli Santana,

On Sunday, Holy Grail returns to town on tour with DevilDriver, a groovy (but still growly) death metal band. This follows Holy Grail's recent run with Black Tusk, makers of a particularly murky brand of sludge-punk. Before that, they toured with strangled thrash veterans Death Angel.

There's a pattern here: Because they draw substantially from the traditional sound of classic heavy metal, and because there aren't that many bands doing a similar thing these days, Holy Grail finds itself frequently sharing bills with bands that aren't exactly a perfect match stylistically.

Which means Holy Grail often has to win over a crowd that might be more into black metal or doom than, say, soaring falsetto vocals and guitar solos.

"A lot of these heavier bands, their fans will be like, 'What? This guy's singing? This is the worst!'" says Santana. "It's silly, but as a longtime metal fan, I understand it. I went through that period where it was like, if the guy didn't sound like (Cannibal Corpse's) Chris Barnes, it was the lamest thing ever. I mean, I grew out of it when I was 17, but I get it."

When faced with such a battle, Holy Grail has skills and songs on its side, as evidenced by the band's excellent new album Times of Pride and Peril. Across its 10 tracks, Santana and his fellow guitarist, Alex Lee, crank out an endless supply of killer riffs and solos, while bassist Blake Mount and drummer Tyler Meahl ably drive the band's relentless chug.

And then there's Luna, one of the finest singers currently working in metal. His delivery is powerful, his range tops out somewhere above the clouds, and live, the guy is a consummate showman shipped in straight from metal's old school. On Times of Pride and Peril, his performance — and melody in general — has room to breathe, a direct result of the band's desire to declutter its arrangements, Santana says.

The result is Holy Grail's best album yet, and the reviews reflect that. But for Santana, the album's success was sealed long ago.

"I think we've spent enough time in the industry to not get too attached to a certain fixed future, like 'When this comes out, then we'll buy our Ferraris,'" he says. "We're just happy we got it done and we have a physical copy that we can sell. There's the victory. After that, whatever it does is icing on the cake." ♦