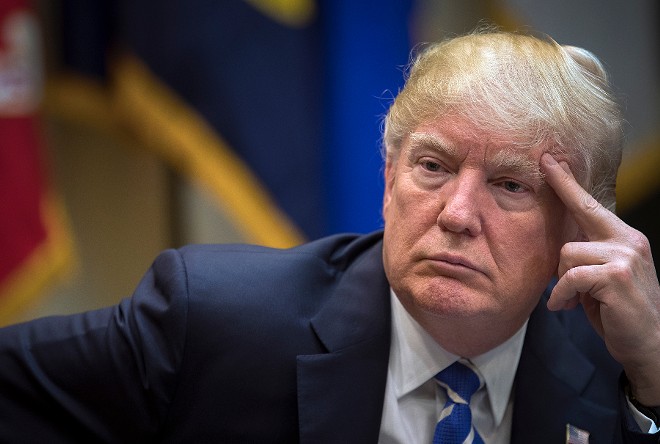 WASHINGTON — Republican leaders scrambled to keep rank-and-file members in line before a House vote Tuesday to kill President Donald Trump’s declaration of a national emergency on the Mexican border, as Democrats appealed to Republicans to protect Congress’ constitutional power to control federal spending.

The House’s vote on a declaration of disapproval will force Republicans to choose between the congressional prerogative over federal spending established in the Constitution and a president determined to go around the legislative branch to secure funds for a border wall that Congress has refused to grant.

On Monday, Sen. Thom Tillis, R-N.C., became the second Republican senator to say he would support the Democratic resolution.

“There is no intellectual honesty in now turning around and arguing that there’s an imaginary asterisk attached to executive overreach — that it’s acceptable for my party but not thy party,” Tillis wrote in an opinion article published Monday in The Washington Post.

Last week, Sen. Susan Collins, R-Maine, said she would support a resolution, barring any extraneous additions. Other Republicans were holding their fire.

“I wish it wasn’t necessary” for Trump to have declared a national emergency, said Sen. John Cornyn, R-Texas, arguing the issue could have been avoided if Democrats had agreed to more funding for physical border barriers.

The resolution is expected to sail through the House on Democratic votes, but significant Republican defections would give it momentum in the Senate and could raise the specter that Congress could override Trump’s promised veto, should the resolution reach his desk.

Rep. Joaquin Castro, D-Texas, author of the resolution, warned Monday at a news conference that without congressional interference, Trump would “try this again on other issues,” while House Speaker Nancy Pelosi of California expressed confidence that her Republican colleagues’ belief in the separation of powers would push them to support the one-page resolution.

But Democrats were also making a less lofty case to wavering Republicans. They circulated a list of all of the military construction projects in each district that could lose money shifted instead to Trump’s wall.

On Monday, Trump trained his attention on the Senate, where only four Republican votes are needed to pass the measure.