How Does Your Garlic Grow?

Go beyond the grocery store's typical offerings and try some of the lesser-known varieties of garlic, grown by a local farm 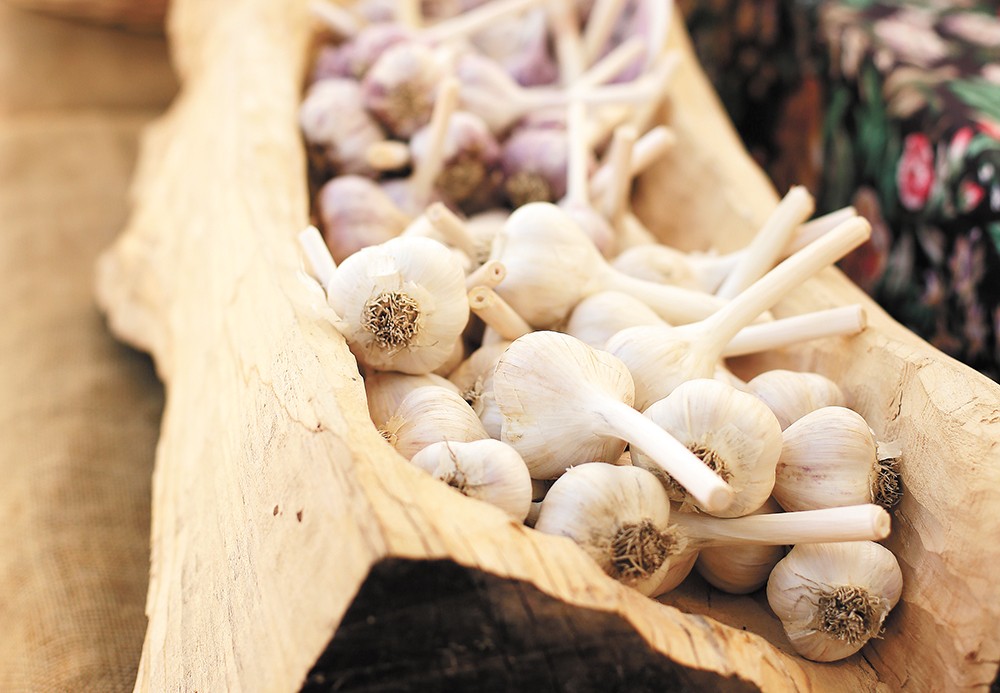 Young Kwak
Most grocers only sell one variety of garlic, but there are many others to discover.

Last year, I was taking a lap at the Thursday Market in the South Perry District when I noticed something I'd never seen before in the market: garlic.

I paused for a moment to take a closer look — these weren't the kinds of garlic I was used to seeing in the grocery store. Lena Lopez Schindler, owner of Hungry Robin Garden, noticed my puzzled expression. During that first visit, Schindler began to introduce me to a world of garlic I didn't know existed. Right away, I learned that there are hundreds of varieties of garlic, stemming from 10 unique types. Schindler currently grows and sells seven varieties at both the Thursday Market and the Spokane Farmers' Market on Saturdays. I left with an assortment to try.

While many think of Gilroy, California, as the garlic capital of America, garlic largely originated in Russia and neighboring Eastern European countries.

"Latitudinally we are aligned with those countries, so we have the best environment for garlic growing," says Schindler. "We get those really cold winters — that really amps up the flavor."

While Schindler has been a farmers market vendor for nearly a decade, she's only been selling garlic for about half that time. Originally, she started growing it after reading an article about the many types. It was time for a change from grocery store garlic, which is chosen not for flavor, but because it stores the longest.

The article went into the differences between hardneck and softneck garlic.

"A softneck garlic is the garlic that you buy in the grocery store, and that's what most people think garlic is," says Schindler. "It has levels of cloves, they kind of circle in, with the cloves getting smaller like an artichoke."

But it was the hardneck types, with their large cloves, curly scapes, and huge range of taste and pungency, that captured Schindler's attention. Now she grows them almost exclusively.

There's much more to it than just growing the garlic. After Schindler harvests (which she has to do in the shade, so the sun doesn't prematurely cook the garlic after it comes out of the ground), she cures it so that it will keep in storage. Schindler's varieties of garlic will store in a cool, dark, dry location for between three and nine months, depending on the type. (If you ask nicely, she'll give you a chart of her current offerings for reference.)

For those just getting used to the idea of more than one type of garlic, Schindler recommends a lot of experimentation, beginning with scapes.

"A scape is the blossom that comes off of a hardneck, and in the different categories of hardneck they actually grow different ways, so if you grow garlic and you lose your name tags in your garden, you can tell which varieties are which by the way they grow," says Schindler.

Scapes are similar to a green bean in texture. You can cut them up and throw them into a salad for little garlic bursts, or make pesto. (I like to add them to my scrambled eggs.) Later in the season, you can grill mature scapes.

Next, you'll want to check out the green garlic, right after it comes out of the ground. 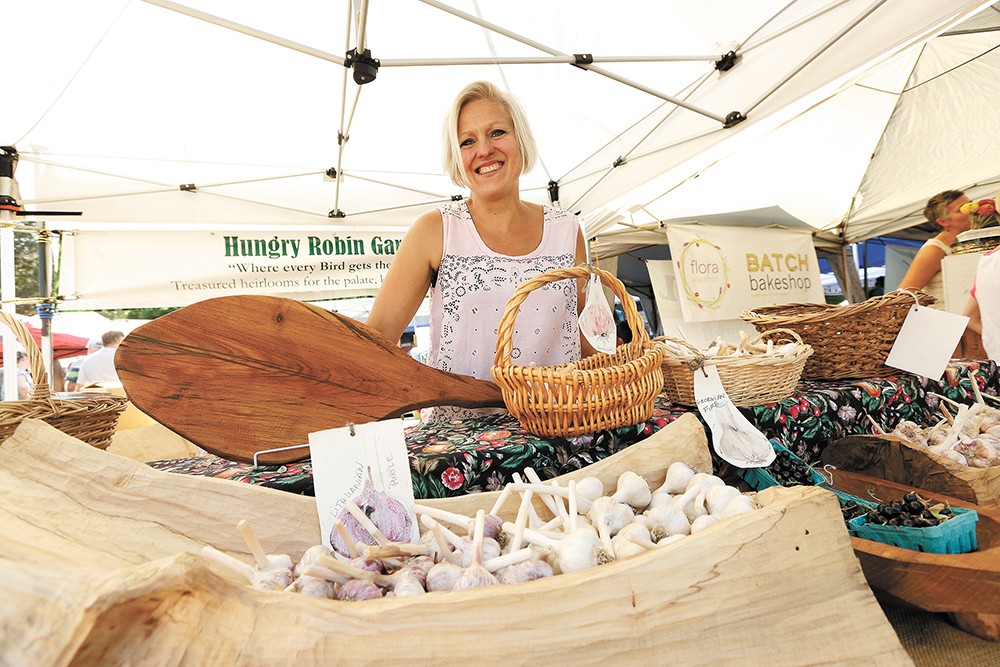 "Green garlic has been harvested but not cured, so instead of being papery, the papers are still wet, and they cling very tightly to the head and the cloves," Schindler explains. "You want to cut it at the foot where the little roots are and then painstakingly peel that stuff off. There's a whole tradition in Spain and Mexico of green garlic soup. It's milder than cured garlic."

Depending on the year and the grower, you'll find cured garlic in the market in late summer and early fall, just in time to throw into a salsa (try the Russian Inferno or Georgian Fire varieties). At least that's what I did with my first purchase. From my first bite, I was enchanted with the slow burn on my tongue, and the giant-sized cloves; it was as if I was discovering a whole new culinary world, formerly closed off to me.

The next week, I went back and stocked up on multiple varieties. All winter, I added Schindler's garlic to my homemade pasta sauce, shrimp scampi, or whatever else I happened to be making. I dreaded the day when it would run out or dry up, and I would have to buy grocery store garlic again.

This year, when shopping from Schindler's Hungry Robin stand, you can choose from four Porcelain varieties (Polish Hardneck, Georgian Fire, Johnny's German White and Armenian), one Turban variety (Russian Inferno), one Marbled Purple Stripe (Lithuanian Purple), and one Artichoke variety (Red Tochliavri). Be sure to chat with Schindler to figure out which flavor profile is best for you, or follow my example and try them all.

The brief garlic harvest season — just as with Copper River salmon and those elusive huckleberries — depends on the weather and only lasts a short while. You'll want to head down to the market this week to make sure you can get some new garlic varieties to try at home, and be sure to keep your eyes peeled next year. ♦