In lieu of in-person performances, musicians are using social media and live streams to connect with fans 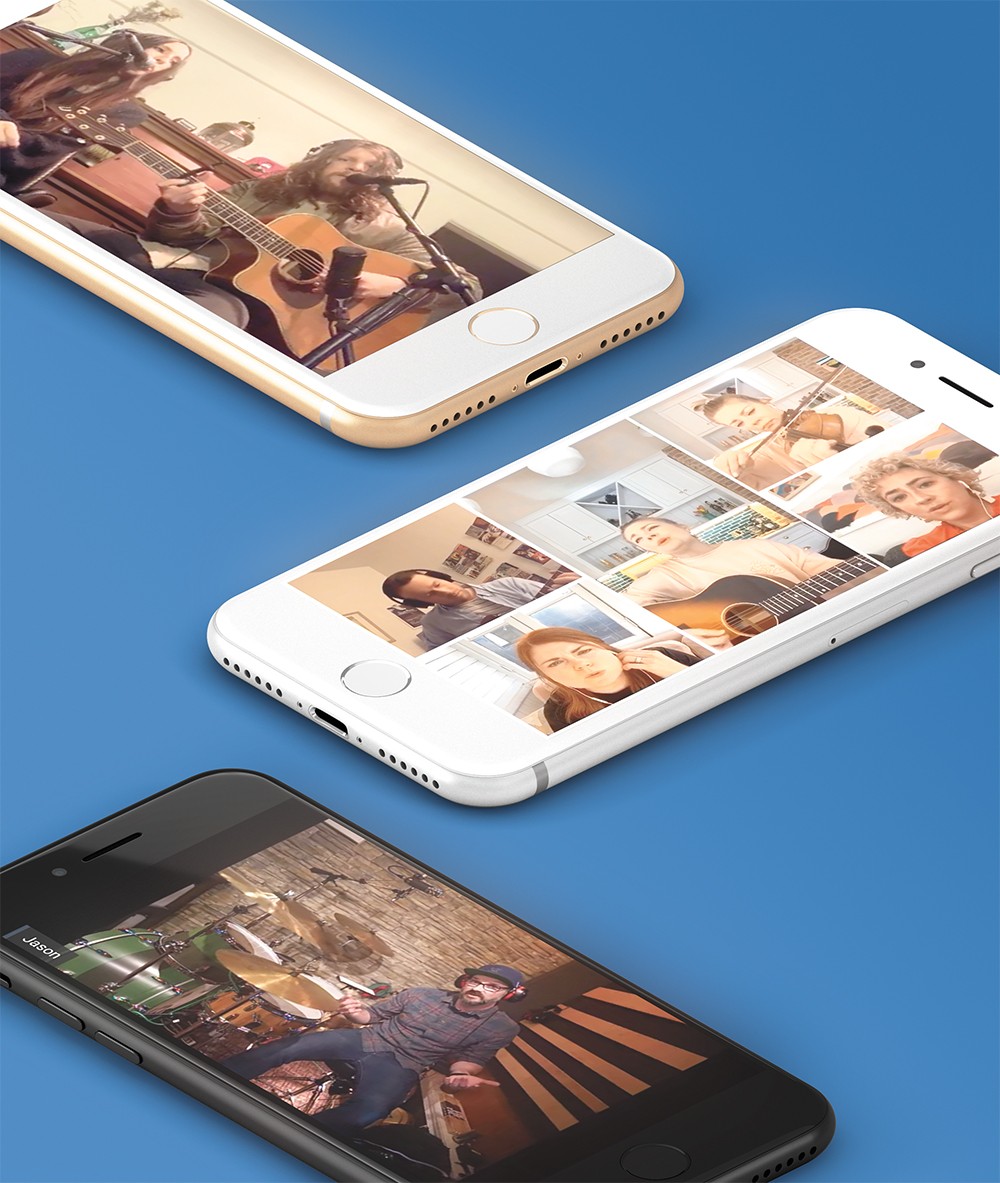 Ask any working musician why they play live, why they lug their equipment to and from bars and restaurants and wine-tasting rooms week after week, and they'll point to the same nebulous thing: It's the connection with an audience. There's nothing quite like performing a piece of music and having someone respond to it in physical and emotional ways.

But in the weeks since venues have shut their doors in response to the spread of COVID-19, those same musicians are having to rely on another type of connection — their internet connection.

We talked with several artists who have been taking advantage of the virtual world in different ways, and they spoke about how they're coping and how they anticipate the musical landscape changing once things get back to normal.

Most nights, Lucas Brookbank Brown is performing in front of an audience, including as a host of open mics on Monday and Wednesday nights at the Red Room Lounge in downtown Spokane. But that changed for obvious reasons, and it happened overnight.

"Everybody's kind of scrambling all of a sudden," Brown says. "It forces that burst of innovation that the tech industry and the music industry is so good at, adjusting real quick to what's going on. I have friends all over the country and they never get to see a show [in person]. I think a lot of people are finding out there are other benefits to streaming."

He was quick to jump on the live-streaming wagon, performing on Facebook and Instagram with fellow musician Melissa Landrus and with his hip-hop fusion band Kung Fu Vinyl. Using a device called an iRig, he was able to create a virtual soundboard on his phone, and now he's considering moving one of his weekly open mics to a live stream, setting up Venmo to receive tips.

Darin Hilderbrand has long played four or five solo gigs a week, and he was actually in the middle of a set at the South Hill Grill when the governor's order to close all bars and restaurants was made official.

"People started getting the announcement over their phones. All the wait staff were freaking out, and I'm trying to catch what they're saying in between songs," he recalls.

Hildebrand says he'd tried the live-streaming platform Twitch in the past but didn't get much out of it, but he still had studio-quality lights and a high-resolution webcam laying around. He decided to go live on his Facebook fan page one afternoon.

"I just put up a post saying, 'I'm thinking about maybe doing a Facebook Live. What kind of songs do you guys want to hear?'" he says. "And I got a ton of requests. They flooded in."

Now he's doing them every Sunday, and he's still working through that list of requests. Brown had a similar reaction from viewers, likely because it's filling the void for people who typically go to shows every weekend.

"I know a lot of people who love to go out and see live music. It's their No. 1 form of entertainment," Brown says. "Going out and getting that live music fix is important for our sanity."

Different, But the Same

Before she was a regular presence in the local music scene, country musician Jenny Anne Mannan would often hop on Instagram to perform a song or two for her followers. But all the self-promotion eventually got to her, she says, and she made herself more scarce on the platform.

And then a March show at the Lucky You Lounge was canceled, and so she got back on Instagram to share some music. She has also collaborated with Karli Ingersoll and Caroline Fowler on a song through an app called Acapella, which allows musicians to perform individual parts of a composition and then stitch them together.

"All of a sudden, everyone needs to be a tech expert," Mannan says.

Save for the concerts that aren't happening, though, Mannan says her routine is more or less unchanged: Both she and her husband are usually at home anyway, and their kids are homeschooled.

But now she's fitting regular Instagram sessions into her schedule, sitting in front of a camera in her living room and knocking out a few tunes on an acoustic guitar. Mannan thinks this kind of hyperconnectivity — the new trend of artists who wouldn't normally share their work on social media becoming more transparent — could likely become the new normal.

"It would be so good for people who have something to share but can't necessarily support a tour," she says. "I hope that people make space for that in their lives, the way people used to sit around and listen to the radio."

The Beat Goes On

Right now, Spokane native Jarred Katz was supposed to be in the middle of a tour with his funk band the Dip. But that five-week run got the axe, just like every other tour in the world, so he's stuck in Seattle. He's been visiting the band's practice space and filming drum exercise videos, then putting them up on Facebook and interacting with other players who are also working on their techniques.

"It's giving me a little bit of structure in my day, and in my week," Katz says, "and it allows more conversations to happen between fellow musicians, but more specifically drummers, sort of just exchanging ideas."

In a similar vein, Death Cab for Cutie drummer Jason McGerr has started a YouTube series he's calling "Refuge in Practice," where he shows off his technique and geeks out about gear with other drummers — so far, he's had Tyler Williams of The Head and The Heart and Andrew Marshall, who plays with Billie Eilish, as guests.

"I wanted to provide something that offered a little bit of inspiration and exercise for people who were at home," McGerr tells the Inlander. "Once a week, I'm reaching out to my friends who I speak with on the road or behind festival stages and who have a story to tell."

He semi-jokingly refers to these as "drum dates," and by making them available through Death Cab's social media platforms, he's offering folks a glimpse into their personal lives. That's something that fans may demand of artists going forward.

"Obviously we're witnessing a change," McGerr says. "It's not just going to revert back to the way things were before. As a fan of bands and musicians, I'd love to subscribe and tune in to that stuff — go behind the curtain and watch a soundcheck or a pre-show warmup before they go on stage."

"I bet you a lot of people are enjoying how personal some of these experiences are," Katz says. "It's a cool reminder that we're all in the same place. We're all at home, just working on stuff, playing songs that maybe we haven't played in a while or that inspire us. And it's cool to share and experience those things together."

When We're Back to Normal

It's still not clear how much longer we'll be living in isolation, or how the music industry will evolve or adapt in the coming weeks and months. When venues finally reopen and concert tours resume, the feeling among most musicians seems to be the same: People will be more eager than ever to hear new music, having taken it for granted until it was taken away.

"People are itching to get back out there and play," Brown says. "When I was doing my live stream, people would comment to other people who logged in to say 'hi' to them. I think that's something that will always exist."

"I think that people are going to realize how much of a part of life music plays in their experience," Mannan agrees. "Everyone's going to have missed each other so much. There is something totally unique about getting to be in a room with other people."

And even though you may be seeing more artists taking to Facebook Live or Instagram TV to share a new song or simply chat with their followers, nothing beats the thrill of seeing that same artist in the flesh.

"When you're performing in front of people, there's an energy that is undeniable," Hildebrand says. "If they're into it, you can tell, and that energizes you. It's what makes people love live music. That's the good stuff."♦