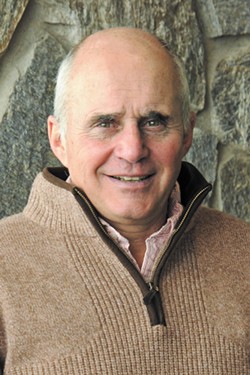 For more than a decade, Tom Chasse has been at the helm of Schweitzer Mountain Resort in Sandpoint, the country's 16th largest ski area in terms of skiable acres, and the only resort in the region with the ability to make snow when needed. After Powder Magazine listed Spokane as one of the "next American ski towns," Chasse, the resort's president and chief executive officer, offered some insight into what makes the area's skiing and snowboarding worthy of national attention.

While it may not be a ski destination itself, Chasse says Spokane is poised to be a spectacular gateway to winter fun. There's an airport that's easy to fly in and out of, plenty of investment happening throughout the city such as at Riverfront Park, and it's just a few hours' drive to ski slopes in Washington, Idaho and British Columbia.

"I'm just blown away with the improvements in the city," says Chasse, who moved to the region 12 years ago. "Think, if you fly into Spokane, there's so many options within a two-hour drive, from a skiing standpoint."

On top of being close to Mt. Spokane, Schweitzer, Lookout Pass, Silver Mountain and 49 Degrees North, just north of the border lies the Powder Highway, with access to even more world-class snow sports, he says.

A major bonus is that slopes in the area are less crowded, and there's a different culture among the staff, too, Chasse says. In Schweitzer's case, he says Sandpoint is mostly a summer destination with a ski hill, which means as businesses in town reduce staff and hours for the winter, many of the highly trained hospitality employees there come work at the resort.

"Our staff here at Schweitzer is very passionate about what they do," Chasse says.

It's also more affordable for people to live and stay around Inland Northwest ski slopes than in some other mountain towns, where a lack of buildable land has driven real estate prices skyward.

"Idaho is one of the fastest growing states in the country, and I think it's because of affordability and quality of life," he says.

The original print version of this article was headlined "Tom Chasse"