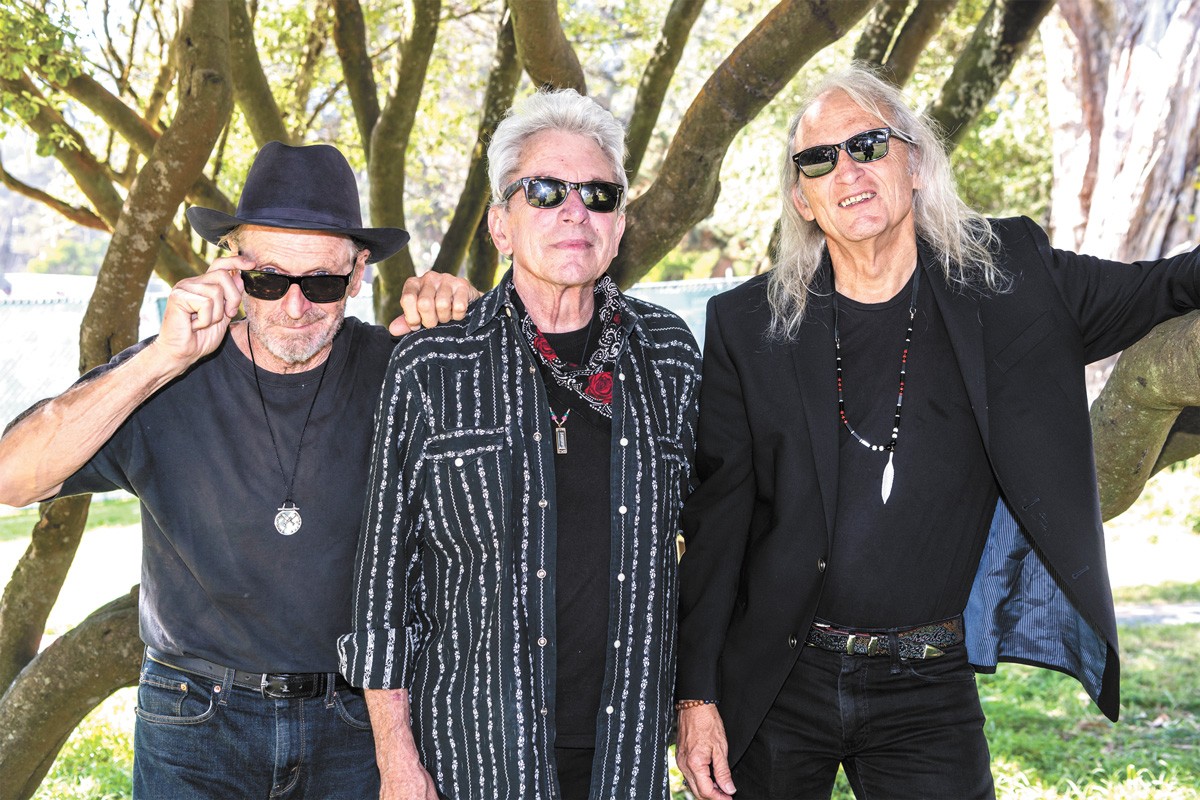 The Flatlanders are pretty much the opposite of an overnight success story.

The Texas trio recorded their first album in 1972, and it didn't see the light of day until nearly a decade later, well after the band had split up. And that release was in Europe; it would take until 1990 for an American label to put those old recordings out.

In the intervening years, all three members — Jimmie Dale Gilmore, Joe Ely, Butch Hancock — established themselves as solo stars among discerning roots-music fans. That long-delayed 1990 album, cleverly titled More A Legend Than A Band, reignited interest in the music the trio makes together, leading to a second act that's lasted more than 30 years, full of new albums, tours and accolades like NPR calling them "one of country-rock's most influential bands," and the New York Times hailing that nearly 50-year-old first album as a "founding document of the alternative country movement."

The Flatlanders' ongoing story adds a new chapter Friday with the release of Treasure of Love, their first new collection in 12 years, and one that likely wouldn't have been completed if the pandemic hadn't hit and halted the trio's respective solo projects.

"That sort of put it on the front burner," Gilmore says via phone from Texas about the project that's been recorded in fits and starts for years at Ely's Austin studio. "It might have come to fruition sometime or other, but [the pandemic] definitely speeded it up."

"It's all songs that we loved that we had never recorded, or never had good recordings of, or songs we've traded back and forth. The vocals and basic tracks were stuff that Joe had, like, in his vault. And with the pandemic, it was like, 'Golly, we've got this stuff sitting here.'"

Gilmore was the instigator, but his partners were quickly on board for revisiting the covers and originals they've messed with off and on for decades. They recruited longtime friend and producer Lloyd Maines to help whip the songs into shape, and the result is a pleasingly loose album that touches on everything Flatlanders are known for: country, folk, bluegrass and rock 'n' roll, all delivered with shared vocals and harmonies that intertwine in the most pleasing of ways.

The highlights on Treasure of Love are many, from the Hancock-penned opener "Moanin' of the Midnight Train" to the slow, bluegrass-twinged saunter through "Long Time Gone," first made famous by the Everly Brothers, to a stunning Gilmore lead vocal on Bob Dylan's "She Belongs To Me." 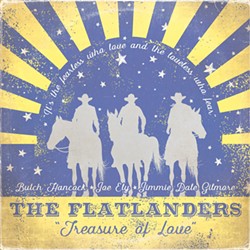 A love of Dylan is something all three Flatlanders shared growing up in Lubbock, Texas, well before they were in a band together, Gilmore says.

"We didn't learn about Dylan from each other, we already were deeply into that," Gilmore says, noting that the song is one the band has done live for decades.

"That song, the very first time I heard it — as with a lot of Dylan songs — I was like, 'This is brilliant, and unusual, and nothing like anything on the radio.' It was one of the ones where the whole feeling was, this is giantly creative, and yet also real musically accessible, you know. Real fun to listen to. I learned that song real, real early on."

The band's version on Treasure of Love genuinely swings, and the 76-year-old Gilmore's distinct twang gives it a different spin than the one you get from Dylan's 1965 version, recorded when he was just 24.

The Flatlanders' comfort tackling an iconic song from a legendary artist is something that only comes with confidence and years of experience. And the Flatlanders have both in spades thanks to lengthy solo careers in addition to their Flatlanders work.

Even when they're not working together as the Flatlanders, Gilmore says he and Ely and Hancock are constantly in and out of each other's lives. He and Hancock knew each other as children, and Gilmore and Ely met when Buddy Holly's father funded some early demos when Gilmore was a solo teenage folk singer; Ely was a member of the band brought in to record with the lanky vocalist. Their friendships run deep, and while that certainly comes through in the music, the music isn't the only reason they're friends.

"We have so many common interests, besides the music," Gilmore says. "Like literature and all kinds of philosophy and stuff."

Musically, Gilmore says, they all have roots in old-time rock 'n' roll and "the really well-known, popular country music. We grew up in Lubbock, you can't miss that growing up in Lubbock." Even so, and despite their long relationships, they continue to surprise one another with some of the different things they bring to the table. It's been that way right from the beginning 50 years ago.

"I had more of an in-depth knowledge of Hank Williams and honky-tonk, basically. Ernest Tubb and Marty Robbins, all that sort of thing," Gilmore says. "And Butch leans slightly more toward bluegrass, and actually started out playing the banjo. And Joe had come purely from the rock 'n' roll.

"We also have real different personalities. Joe was much more of a polished professional. You know, 'get it rehearsed and do it right' type of person. Butch and I were both just kind of hanging loose, freewheeling. It turns out, to do real good music, you've got to rehearse together!"

On Treasure of Love, you can hear all of it: Ely's driving rock focus, Hancock's poetry, Gilmore's honky-tonk roots. They might never be superstars who fill an arena, but at least at this point, the Flatlanders are more a band than mere legends. ♦

The original print version of this article was headlined "Simple Treasures"