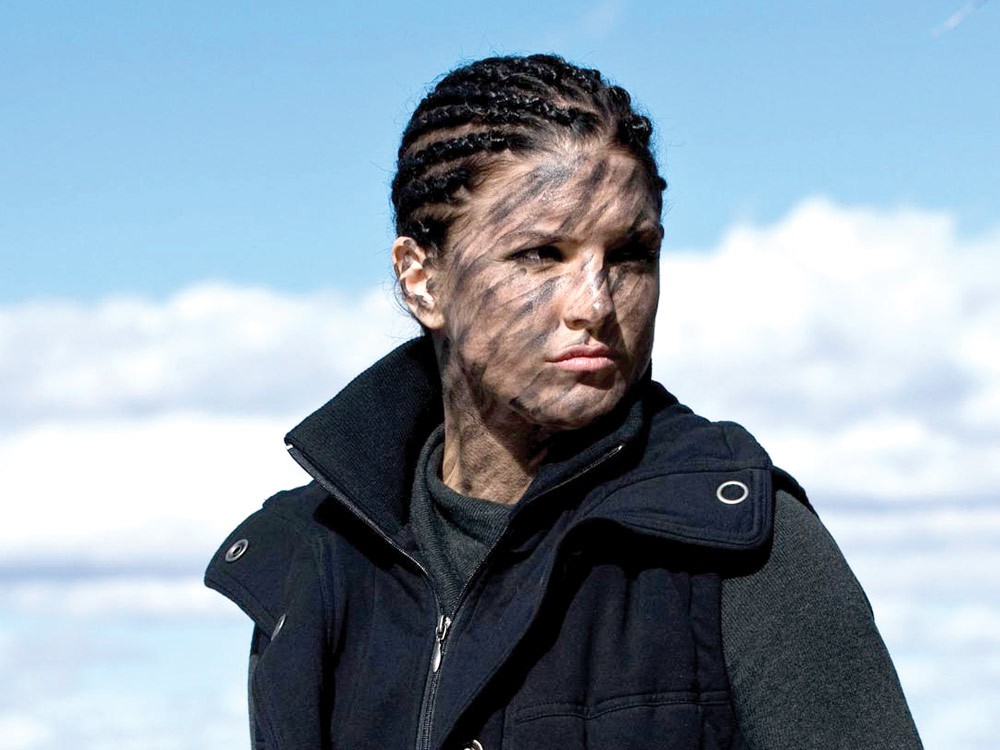 Turning to the thesaurus, Haywire is confused, disorganized, messy...

The result? A mess.

Haywire has a convoluted, impossible-to-follow story of spies and double crosses that jumps from rural upstate New York to Barcelona to Dublin to Majorca, following the trail of top agent Mallory (Carano, who has an intoxicatingly rich speaking voice and a hell of a roundhouse kick, but not much acting talent) as she sets her sights on human targets and runs from those who would hunt her down.

Boom! She hijacks a car, makes the owner ride with her and starts telling her story, like some kind of rogue Forrest Gump.

Cut to D.C., where spy bosses are trying to figure out what to do about her. But wait, is this a flashback or is it happening now? Damned if I can figure that part out. The filmmakers have forgotten to tell us.

Boom! Mallory’s in Spain, where she and her new contact (Fassbender) recreate what happened in that diner. They beat the hell out of each other.

Nope, no explanation. What we do get is dialogue like: “We need to remove the essential element clause,” and information that a “LEO” is a law enforcement officer.

We also get flat, washed-out cinematography; long stretches of wordless chasing and fighting, accompanied by a loud horn- and percussionbased soundtrack that would have fit neatly into a ’70s blaxploitation film; and a generous serving of murkiness that extends from sputtering storylines to each character’s motivation.

Even the few fistfights, which, given the star, should be the central focus of the film, are poorly choreographed (well, except for those kicks).

But the main problem is that we don’t know who is who or why they do what they do. So the film’s final few minutes are dedicated to explaining what the hell is going on. Ah, but so much has to be sorted out, and so much is, finally, explained. But it’s too much to handle. In the end, nothing makes any sense, just like at the beginning and in the middle.