Learning to Stand Up Again

Marc Maron hits up Spokane for the first time, returning to his stand-up roots 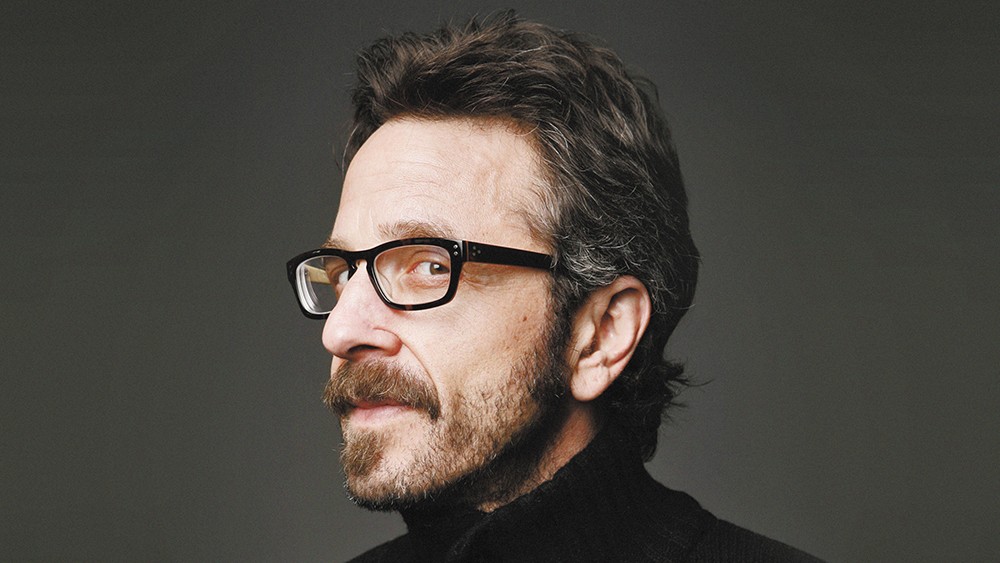 Marc Maron has been perfecting a stand-up career for half of his life.

Marc Maron is a guy who never thought he'd be here.

At one time he used cocaine and alcohol with abandon; he took any job he could get in show business (game show host is among his credits). He watched jealously as many of his peers got famous and he didn't. But these days, the stand-up comedian is better — his TV show Maron is in its fourth season on IFC, his twice-weekly WTF podcast is more popular than ever and he's 12 years sober. But that doesn't mean the reality is easy.

"How do I accept I'm in an OK place, what does it mean?" says Maron, 52. "I never got into this to get a mansion or have a swimming pool or a nice car, I just wanted to be good at what I do. I got into stand-up to be OK, and now I'm kind of OK."

Today, he answers the phone from his two-bedroom home in the Los Angeles neighborhood of Highland Park, the property where, during a WTF podcast taping last June, President Obama famously said the n-word.

"I don't know what I've learned," says Maron, sipping on a smoothie he just whipped up. "Somehow, it worked out, and it didn't look like it was going to. There's an argument to be made to do what you love, and stick with it. But what if that doesn't work out? I'm not sure of the answer."

When it comes to stand-up, he won't let it go. With so much time tied up in the podcast and TV show, Maron says he still makes time to perform comedy regularly. These days he hits up the famed Comedy Store in L.A. almost weekly.

He says he has enough new jokes to fill an hour set he's taking on the road — including a gig at Spokane Comedy Club this weekend, his first time in Spokane. He specifically told his publicist to send him places he'd never been. He's never even driven through this town.

Maron doesn't write anything down — not his stand-up routine and not the questions he asks famous people on his podcast. The ideas come from the gut. Like when he had a new idea for the current season of his eponymous TV show.

"This new season, it's special. It's a cautionary tale about what could have happened. It's very real in its emotions and its entirety," says Maron, who also told his life story in the 2013 memoir Attempting Normal.

The fourth season of Maron deals specifically with drug addiction. It's written with an exit strategy, Maron says. He admits he thought season three was the end, but he had something new to say and pressed on. Besides keeping people employed, he wonders why TV shows continue on so long. Four seasons is plenty, he says.

"When do you let something be done?" Maron asks. "I'm in a position where I can say this, and I don't know if I could have said this years ago. Before, I wouldn't have cared if I was on the moon for the final season of a show, I would have milked it."

Now he doesn't have to worry about money as much. The things that will remain, he says, are his podcast and the stand-up. Always the stand-up.

As for Spokane, he says he hopes that "monsters don't come out and ruin his show." But he's ready for it.

"When I started out, I never thought about a following or a brand; my comedy started compulsively," he says. "I want people to come to the shows, but I know I'm not everyone's cup of tea. I've been doing this a long time, and I'm not afraid anymore." ♦