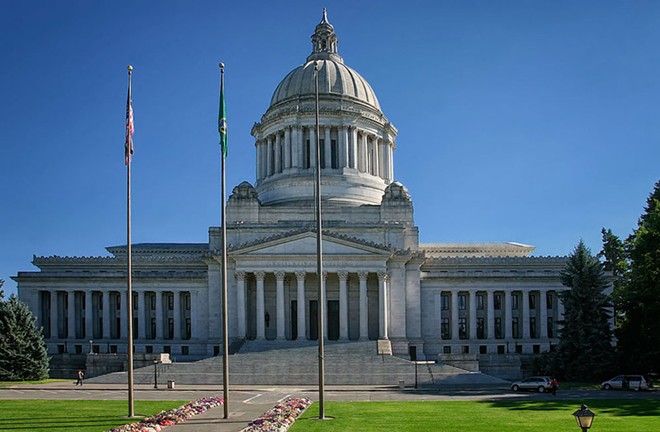 Washington state voters will get to decide whether to change the law that makes it virtually impossible to charge police officers who use deadly force, the state Supreme Court ruled this week.

In what Justice Gordon McCloud calls "clever legislation," state lawmakers passed a compromise bill in March that made changes to Initiative 940 before the initiative was enacted.

A Thurston County Superior Court judge said that maneuver was unconstitutional, and a majority of state Supreme Court justices agree.

I-940 seeks to make it easier for prosecutors to charge law-enforcement officers who use deadly force. Currently, Washington state's law says officers cannot be charged if they acted in "good faith" and "without malice," a hurdle prosecutors say is nearly impossible to clear. The law is among the most restrictive in the country and shields police from legal accountability even in cases where deadly force is ruled unjustified.

I-940 was submitted as an initiative to the Legislature, giving lawmakers three options: pass the initiative, and it becomes law; ignore it, and it goes on the ballot; or oppose it, and propose an alternative to appear alongside the original on the ballot. But legislators went with a fourth option to amend the initiative with a bill. The differences between I-940 and the bill were brokered between law enforcement groups and advocates involved in organizing the initiative.

Frequent initiative sponsor Tim Eyman and Spokane Valley Sen. Mike Padden challenged the unusual maneuver in court and are both named plaintiffs in the state Supreme Court's decision requiring I-940 to appear on the ballot. The compromise bill, ESHB 3003, violates the state Constitution, the court ruled, and will not appear on the November ballot as an alternative.

"The Legislature has impermissibly circumvented the balance of power between the Legislature and the people that is built into the Constitution," Justice McCloud writes for the majority. "Regardless of whether the Legislature's actions constitute a conscious, intentional 'palpable attempt at dissimulation,' they are constitutionally impermissible under our case law."