Camp Invention inspires children to be confident in their natural abilities to dream and create.

Learning, even about math and science, should be fun. At least that's what Lorna Kropp thinks.

Every summer the retired technology teacher runs two weeks of Lego Robotics Summer Camps, through the Discovery Group. In an effort to promote a fun and creative environment, she gives her students goals based on fantasy themes. While her camp is unique in its focus on robotic Legos, its goal — promoting education in a fun and relaxed setting — is the goal of many summer science camps in the Spokane area.

"I think that the week at Camp Invention inspires children to be confident in their natural abilities to dream and create," Jayo says. "You know, sometimes they don't have that opportunity in the classroom."

Kropp's Lego Robotics Camp pushes kids by having them work in groups to achieve a common goal. The vehicles they build are then used in competitions, much like an athletic sport, she says. This summer Discovery Group is offering two weeks of the Lego camp. The first is themed-based, and students are immersed in the story of a Mayan adventure. They then build robots that can achieve goals dictated by the story.

The second week, a separate camp experience, is also centered around a Lego challenge. It focuses on computer programming and less on the physical design of the robot.

"Kids are actually doing a kind of progression of more difficult challenges that do tax their programing ability," Kropp says. "They are really learning the conventions of computer programming, while having fun."

The children use Legos, motors and gears to design the machines, she says. While most kids who've attend the camps in past years already have some interest in either Legos or engineering, it's not uncommon to get kids who don't.

"We get kids who may have no interest at all because their parents need a place for daycare," she says. "If they see other kids having a good time ... usually by the end of the second day, they've been sparked."

The process is not only fun for the kids, it also teaches them important science and math skills, she says.

While the specific skills and challenges are different for Camp Invention, the camp's overall philosophy is essentially the same. The camp, which was founded in the '70s by professional inventors, tries to inspire creativity and invention in young minds, camp coordinator Jayo says.

"The thing [the founders] had in common as young children, they had this innate curiosity," she says. "Fortunately they were in an environment that encouraged that."

That's not always the case, she says. For whatever reason many children feel pressure to get the right answer — often at the expense of their creativity.

"We are about big ideas," she says. "It's a friendly environment where the stakes aren't high. There are no tests, there are no wrong answers."

Campers conceptualize and build original prototypes, including a personalized motor-powered vehicle, and take apart electronics to build a pinball machine, she says.

"If we can give them good memories of science, then we're doing our jobs right," says Don Riefler, director of education and programs for Mobius.

Mobius offers a range of camps this summer. For instance, Riefler says, it's teaching Adventures in Space and Time, an astronomy camp, and Poop Camp. Poop Camp, he says, "explores all the grossness in the human body."

Ultimately though, he says it's all about the education.

"Participants develop their science skills and knowledge through hands-on activities and engaging demonstrations." ♦ 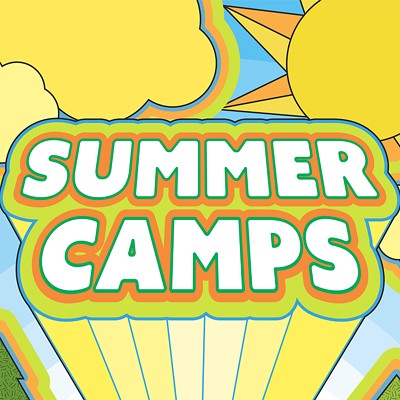 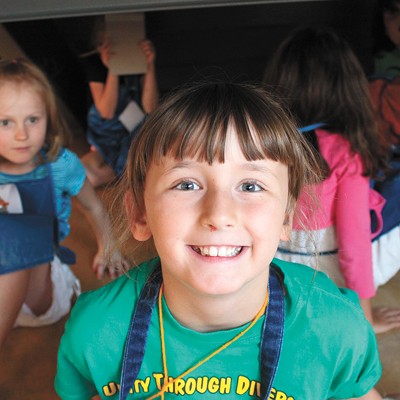