Lessons learned from empty college football fields, plus some options for your Saturday afternoons 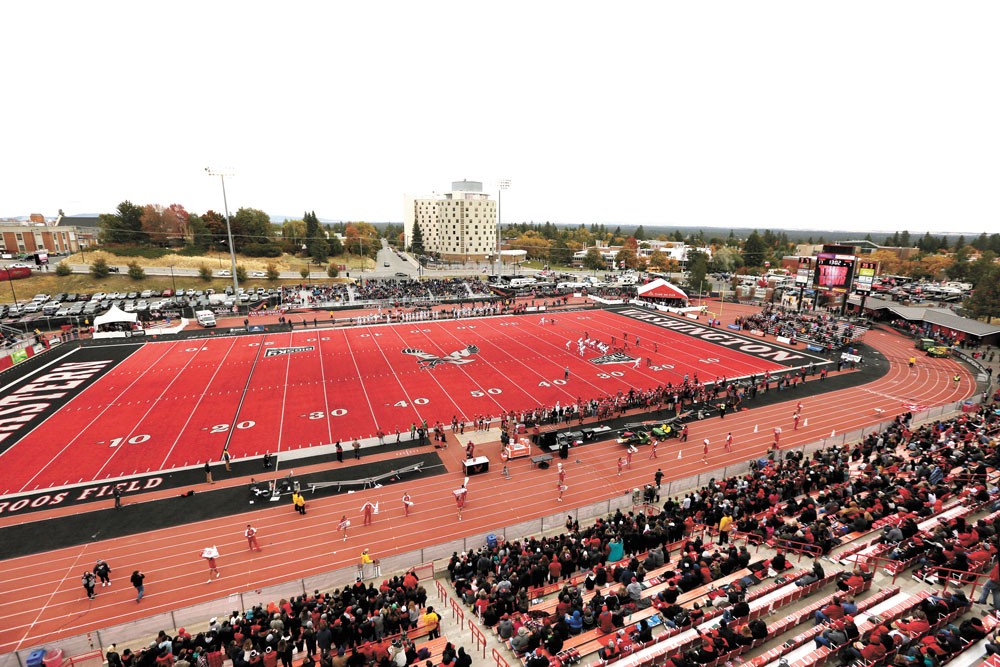 Young Kwak photo
EWU's Roos Field has new turf, but will have to wait to see fans again.

If college football was simple, the NCAA would have the power during a deadly pandemic to tell all the conferences across the country to shut down their seasons.

If college football was simple, student-athletes would feel like their schools were looking out for their health, their educations and their futures.

If college football was simple, its fans and the TV stations that serve them would recognize that putting 18-to-22-year-old kids in harm's way just so we have something to watch and generate ad revenue is insane, callous and obviously unnecessary.

CHAOS OFF CAMPUS
The COVID-related craziness isn’t just affecting college football. If you’ve watched any pro sports lately, you’ve probably noticed they are far from normal. The NBA and NHL returned for their playoffs after their respective seasons were interrupted in March, playing in so-called “bubbles” where all the teams can be monitored and quarantined. Of course, the social justice movement reached inside the NBA’s bubble last week and inspired players to strike and postpone some games. Major League Baseball’s 60-game season came with rule changes (seven-inning doubleheaders, designated hitters in both leagues) that are a travesty (at least to some of us fans), and the schedule has been decimated by several coronavirus outbreaks within teams. Watching golf tournaments on TV is pretty similar to the non-pandemic experience except for the lack of fans lining the fairways and yelling “You da man!” at every drive. Major League Soccer in the U.S. took a pause before resuming games in mid-August, and the British Premier League completed its 2019-20 season after a short pause and starts its new season Sept. 12.

Of course, back in America, the NFL could give desperate college football fans the fix they need. Some teams will have empty stadiums while others have plans for socially distanced limited attendance, but the games will go on. At least, that’s the plan. The first game of the season is Sept. 10 (Kansas City vs. Houston), while the Seahawks kick off their season at Atlanta at 10 am Sunday, Sept. 13. (DN)

But college football is anything but simple. That was clear before COVID-19 arrived, and it's being emphatically emphasized through the way football people are addressing the pandemic across the country. There's too much money, too much history, too much pandering to alumni, fans and TV viewers for any one-size-fits-all COVID plan to happen.

We've learned the NCAA doesn't actually have any control over the so-called "Power 5" football conferences, so we have the Pac-12 and Big Ten postponing their seasons until winter 2021(at the earliest), and the SEC, ACC and Big 12 proceeding with their seasons despite many of their schools being in some of the hottest coronavirus spots in the country: Florida, Georgia, Alabama, Louisiana, South Carolina and Texas. Five of the top six teams in this year's preseason college football rankings come from those states. What could go wrong?

We've learned that when players try to exert a little agency over their lives, the "adults" in college football don't really want to hear it. A group of Pac-12 players formed a group called #WeAreUnited to fight for proper COVID testing, transparent safety measures, revenue sharing for their work that generates millions for schools from TV contracts, and against racial injustice in college sports, among other things. New WSU head coach Nick Rolovich was recorded telling sophomore Kassidy Woods, who'd decided to opt out of playing the upcoming season, that "there's one way we'll handle it if [Woods opting out] is COVID-related. And then there's one way we're going to handle it if it's joining this group." Of course, the coach later said he didn't mean for it to sound like a threat. Sure.

I don't know what college football is going to look like after the coronavirus, but it seems like we're at a major crossroads thanks to players speaking up in ways they never have before. That's undoubtedly a good thing, but there might be some growing pains.

Like most things affected by coronavirus, it's hard to see this college football season playing out in any way that's satisfying for fans, and I count myself among them.

I'll miss waking up on Saturday morning with a full slate of football ahead on TV, almost testing myself to see how much I could watch before a Pac-12 late-night game inevitably ended after midnight with some 52-49 type of score. 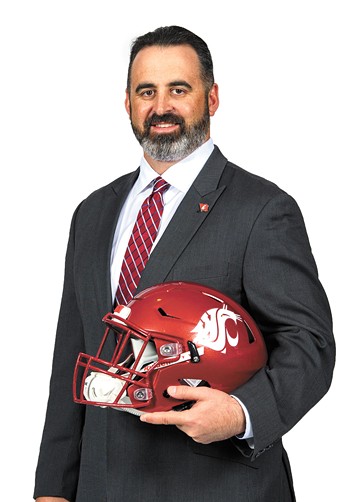 I'll miss going out to Cheney to watch the Eags take on Montana, where I went to grad school, and going down to Pullman to watch the Cougs battle the University of Utah, where I did my undergrad work. I had several friends flying into town for that one, but like most things this year, those plans are off.

I'll miss the Heisman Trophy hype, the arguments over which teams get in the playoffs, the teams showing off new uniforms weekly, and complaining about BYU players somehow being freshmen when they're approaching retirement age. (Actually, BYU is still playing this fall, so at least I can root against them with my usual fervor.)

I was looking forward to this season, and now I'm left with, what, watching overrated SEC teams play each other? Watching a big Duke-Wake Forest matchup in the ACC? I don't think so.

No, I'll keep my powder dry till spring when, if we're lucky, the country has masked up enough to get the virus under control, and the scientists have worked fast enough to get a vaccine allowing some sense of normalcy to creep back into our lives.

I wouldn't bet on that, though, just like I would never bet on a Mike Leach team in the Apple Cup or against Eastern Washington at home.

Did I mention I'll miss betting on college football this fall, too? ♦

ALTERNATIVES TO COLLEGE FOOTBALL THIS FALL

Do Your Homework
WSU fans were already facing a season with a new coach after the successful-if-controversial tenure of media-sensitive Mike Leach. New boss Nick Rolovich seemed to make all the right moves early on, endearing himself with the Coug faithful before hitting a glitch when he seemed to threaten some Cougs' futures on the team if they joined the Pac-12 players' #WeAreUnited movement. It will take a while to see what kind of fallout there is from that, or to see Rolovich's team on the field, so Coug fans might want to fire up YouTube and find games from the last four years when Rolovich coached at Hawaii to see what to expect from the new man in charge.

Get Creative With Your Gambling
Every fall about 100 friends and acquaintances play a game we call the "College Football Gambling League," a low-stakes competition that encourages us to pay attention to teams across the country. That's on hold this year, but a subset of regulars has created a fantasy league of sorts around professional golf. I know, exciting! Suddenly, I'm paying attention to hackers I've never heard of and tournaments with names like the Barracuda Championship. Adding some skin in the game makes most activities more interesting, so find some creative gambling options for yourself.

Become an Amateur Architect
Let's be blunt: The University of Idaho's Kibbie Dome is terrible for college football. Domes are barely acceptable in pro football, but on a college campus, it makes it impossible to capture the magical vibes many outdoor stadiums enjoy. Besides, playing in the elements should be an advantage for the Vandals when those California teams in the Big Sky Conference come calling. Maybe they've noticed EWU pounding opponents in Cheney the last decade or so? Consider spending your Saturdays drawing up plans for a better way, Idaho fans, and then pressure the school to correct the mistake they made in 1975 when they put a roof on.

Join Sports Twitter
It's easy to waste hours on end watching random games when you're a college football fan. Twitter offers the same opportunity to see your life slip away in a blur of screen-viewing. I resisted following any sports-related feeds on Twitter for a good decade, but now I'm in, and just following my favorite NFL team and its assorted supporters has given me hours of mindless entertainment and conversation.

Learn a New Sport From Your Couch
Your Saturday afternoons are now wide open. Consider it a perfect time to get into something fresh. One of my buddies is suddenly watching a lot of Australian Rules Football. I, on the other hand, recommend firing up your Amazon Prime account and watching The Test: A New Era for Australia's Team, a documentary series about the Australian national cricket team that manages to teach you about the sport while telling its story about the team recovering from a cheating scandal. I can now tell you what "bowling a maiden over" means in cricket and even have a favorite player. I see you Virat Kohli!

Speaking of College Football , The Road Back