Mario and friends take flight but have nowhere to soar. 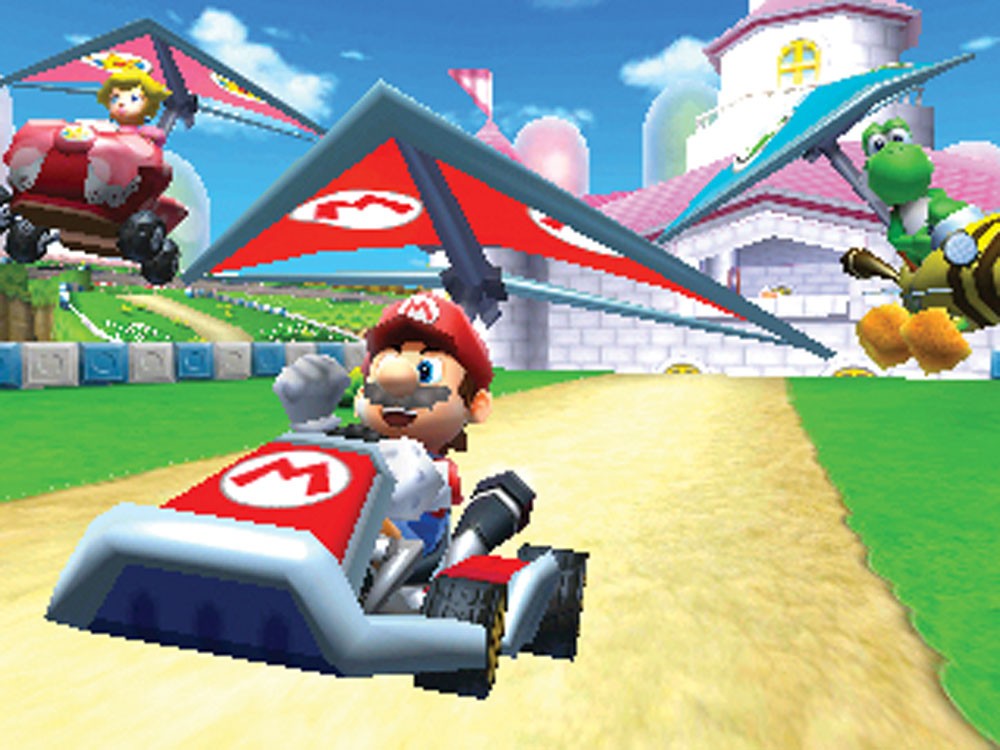 Mario and friens take flight, but have nowhere to soar

This is the seventh time that Mario has jumped into the go-kart circuit. At first, cartoonish races in zippy little vehicles were perfect for the not-too-complex Super Nintendo and Nintendo 64. Then Nintendo started developing gimmicks to make the formula feel fresh. Double Dash (with two-player cars) and Mario Kart Wii (with motion-sensitive steering) felt desperate. There have been some high points (most notably Mario Kart DS, which took advantage of the system’s wireless networking), but for the most part, the Mario Kart circuit has been running downhill.

The bells and whistles this time around the track are provided by the Nintendo 3DS’s glasses-free 3D display. Curves are easier to anticipate in 3D, and targeting my opponents with turtle shells and bombs is more intuitive now that I can see how far they are ahead of me. But these aren’t major changes. Kart racing is so fast and frantic that there’s rarely any reason to look too far ahead. I appreciate the better perspective the 3DS gives me, but I don’t really need to see in 3D when I’m dealing with something right in front of me.

In an attempt to make the 3D effects feel like an essential part of the game, Nintendo has incorporated flying and swimming sequences into many of the racetracks. The 16 racetracks that are duplicated from past Mario Kart games are mostly flat and straightforward, but most of the 16 new tracks launch me into the air and plunge me underwater. Flight is enabled by a hang-glider, and my kart swims by using its “offroad” rating, which can change depending on what kart I’m driving and what tires I’m using.

Moving the racetracks to mid-air and underwater sound like good ideas, but Mario Kart 7 only develops them halfway. Driving underwater only slows down the speed of the race. Instead of enabling some (or all) of the go-karts to coast through the water like submarines, the game makes them all drive along the bottom like scuttling crabs. And while soaring through the air makes for a nice change of pace, there are too few shortcuts and secret routes that take advantage of the wide-open expanses of sky.

THE BAD: One of the main reasons to keep playing a Mario Kart game is that, the longer I play, the more content I unlock — new characters, new cars, new racetracks. But Mario Kart 7 sticks to 32 basic courses and 8 characters, with 8 more characters — most of them dull like Daisy and Metal Mario — waiting to be unlocked. Kart parts can be unlocked as well, but aside from a few varieties of tire, they don’t really make much of a difference in the outcome of a race.

THE BOTTOM LINE: Even with 3D effects, Mario Kart 7 is a simple, sometimes slapdash spin around the same old circuit.