No hug for eight months, isolation-driven depression, & no chance to grieve: Inside the pandemic's disproportionate impacts 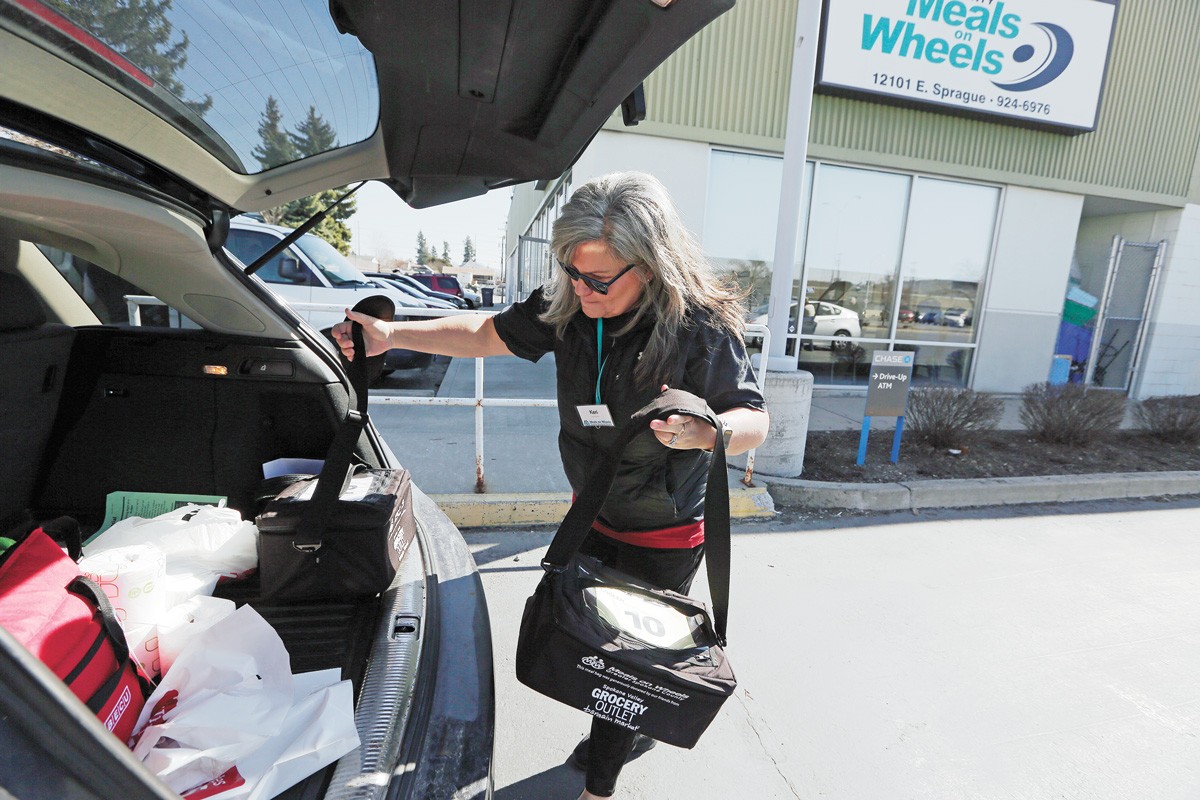 Nearly everyone has struggled somehow over the last year as the COVID-19 pandemic halted daily routines, kept relatives and friends from visiting one another, and prompted a system of temporary restrictions, many of which remain in place a year later.

But some groups have been disproportionately impacted. Students struggled to learn remotely as their families had to navigate working and schooling from home. Virus outbreaks in some factories and essential industries had an outsized effect on minorities.

Older Americans have been particularly vulnerable: People 65 and older have made up nearly 81 percent of the country's COVID deaths.

As the virus swept through senior living communities, killing many, visiting was shut down and residents were isolated even from one another. Family members have had to check in on their loved ones through windows or hope staff could help set up video chats. Within communities, socializing stopped as classes and events were canceled.

But people may not realize just how significant the impacts of those safety measures have been. A year has passed and seniors largely remain isolated.

"I think as humans we take for granted physical touch," says Elise Biviano, owner of CarePatrol of Spokane, a free service that helps seniors get the level of care they need, whether that's moving into assisted living or getting care at home. "As a younger person, I never felt justified complaining about my mask once, because I got to hug my family, and because I wasn't confined to a 200-square-foot room in a skilled nursing facility with a roommate."

One elderly couple that Biviano's team works with was separated last year after one of them fell and needed more specialized help.

"About a month ago we were able to find them an adult family home where they could move in together," Biviano says. "That was the first time they had hugged in eight months."

Susan Ropp, a physical therapist in Stevens County, has struggled to help her mother, Thelma, who was diagnosed with dementia in November. The family initially thought it might progress slowly, but without her usual social activities or even family visits (paused last year due to the virus), Thelma's condition rapidly deteriorated, Ropp says.

In January, her mother was hospitalized. Ropp wasn't able to visit, and finding the right person at the right time over the phone proved challenging. She asked CarePatrol for help finding and placing her mom in an adult family home, where she's been living since. But with current rules, only one designated family member is technically allowed to visit, and for just 30 minutes a day.

"The difficulty with that is my dad and her have been married 65 years. He can go up and visit her," Ropp says, "but if I need to go up and visit because we do video doctor's appointments, we're kind of bending things to have me be there."

Thelma spent many years helping people sign up for social services such as Medicare and advocating for her son with special needs. Under current rules, he can't visit her right now. It's hard to say how well Thelma's doing because Ropp can't be there often, but staff have said she struggles with aggression when she doesn't understand what's going on.

Ropp's dad, Ralph, would love to take Thelma out for drives, but she's not allowed to leave for any period of time without doing a two-week quarantine when she returns.

"They loved to go for rides," Ropp says. "As soon as mom got in the car, she'd usually fall asleep, but she loved just having a little adventure."

With vaccines rolling out to more groups, and most senior facilities already having vaccinated their residents, visiting policies may loosen up this year. But until then, the struggle and isolation for many seniors will continue.

Racial and ethnic minority groups have also experienced more infections and deaths than expected from the virus.

The reasons for the disparities are complicated, and often multiple health equity factors are involved, according to the Centers for Disease Control. Some communities are more likely to live with larger numbers of people or with multiple generations in the same household, some are more likely to work in jobs that require in-person labor, and some face gaps in education, income, and access to insurance and health care.

Dr. Jesse Paulsen, a third-year psychiatry resident in the Seattle area, has spent the last year working at different clinics, including one that helps people who are refugees and minorities from around the world.

Paulsen says those groups have seen the greatest sense of social isolation of any he's worked with this year. Normally community events, churches and organizations help ease integration and create a sense of community, but the virus has decimated such connections this year, he says.

"It's been disheartening to see people feeling all alone, or their family feels all alone, and the services we would normally connect them with aren't there," Paulsen says. "Their depression was caused not by a purely biochemical or personality based issue, it was because of the isolation."

Around the country, minority groups have borne a larger burden. One study in Louisiana found that in one sample, 76.9 percent of patients who were hospitalized and 70.6 percent of those who died were Black, despite the fact that Black people made up 31 percent of the population served by that health system.

Most minority groups in Washington have made up a larger share of positive cases than would be expected. In particular, Hispanic people have accounted for 31 percent of positive cases reported, despite being 13 percent of the state's population. But just two minority groups saw disproportionate deaths: American Indian/Alaska Native and Native Hawaiian/Other Pacific Islanders.

In late June 2020, there was a significant COVID outbreak among the Marshallese community in Spokane. Despite representing about 1 percent of the population, the outbreak of more than 340 cases was at the time about one-third of all Spokane cases.

People from the Marshall Islands are part of the Compact of Free Association (COFA), which allows for dual citizenship and the right to live and work in the U.S. without a visa or green card. The agreement was put in place following a devastating legacy of destruction. The U.S. tested nuclear bombs in the Pacific from 1946 to 1958, rendering entire islands uninhabitable and blasting people with radiation so that scientists could study the effects on humans.

Health disparities have affected multiple generations in the 75 years since then, says David Anitok, who was born in the U.S., grew up in the Marshall Islands and helped found the COFA Alliance National Network in Oregon in 2012.

"I think one thing that's been exacerbated from COVID is the health impact in our communities and the history behind it with nuclear testing," Anitok says. "This is a full circle. They dug [radioactive material] out for Hanford, flew it out to the Marshall Islands, and now our people are flying back to Washington to look for health care access. And now we're dying in the soil the plutonium was created from. Our loved ones can't afford to go back home; we have to bury them here."

Like many who weren't able to hold funerals for their loved ones, there's a lingering grief this year. Anitok says three things in life are considered most significant in the Marshallese community: a child's first birthday, weddings and funerals.

"Out of these three, there's only one of them you don't expect to get invited to — it's the death," he says, noting that everyone in a community typically just shows up to attend the funeral. "During the pandemic we couldn't do that. We're continuing to grieve. ... We haven't been able to honor and respect the past, to be able to move on from that. We're still stuck in this year." ♦