Duran Duran is coming to Spokane; the band continues to work in high style 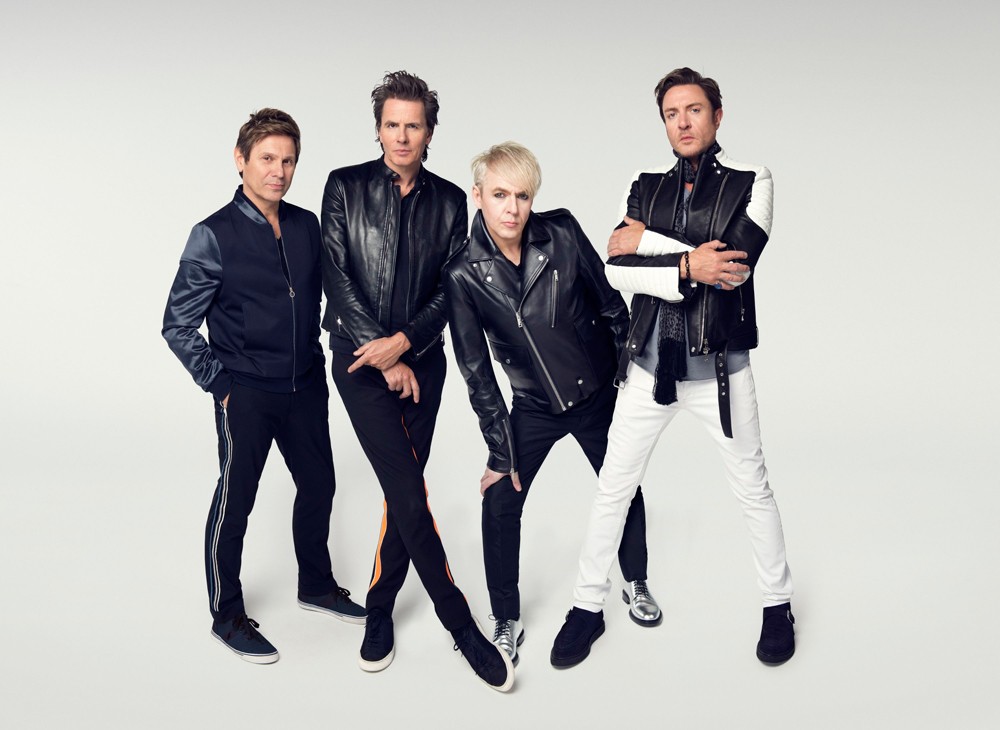 cinematic videos and high-fashion attire, it's easy to pigeonhole Duran Duran as mere relics of the '80s.

That would be a mistake.

Yes, the band's visual appeal in the dawning of the MTV Age made them fodder for bedroom-wall posters. But Duran Duran's early music was a winning amalgam of the diverse tastes of the so-called "Fab Five," and they've continued to make new music full of insistent beats and sexy hooks ever since. That includes 2015's strong Paper Gods, an album produced by Mark Ronson of Amy Winehouse and "Uptown Funk" fame.

Drummer Roger Taylor says that while the music always mattered most, the band was definitely interested in its look from the very beginning.

"We grew up on Bowie, Roxy Music, Iggy Pop, and it was all very visual. It was very glammy on the surface," Taylor says. "But there was real musical content there, and all the acts we loved that brought us together were pretty glamorous in their aesthetic. To even get in this band, not only did you have to play, but you had to look the part."

Early videos like "Girls on Film" and "Hungry Like the Wolf" made Duran Duran hugely popular in England, and eventually they broke in America as leaders of the so-called "Second British Invasion." At one point the band had five Top 20 hits off of three different albums in one year, 1983, as America bought into their sound and look.

Most of those came before Paper Gods, an album that Roger Taylor says is connecting with fans more now than when it arrived last September.

"There seems to be something organic going on with Duran Duran," Taylor says of the tour that's seen the band headline arenas and festivals across the globe. "I don't know what it is, but we've noticed the audience is expanding at the moment. Any band goes through peaks and troughs in their career, but we really seem to be at a peak.

"People think of the '80s when they think of us, but I don't think we're purely defined by the '80s. It's a great position to be able to pull from 30-something years of catalog [in concert] and not just the first three years." ♦