Forget Santa’s arrival at the mall - boozing up eggnog signals the real start of the holiday season. 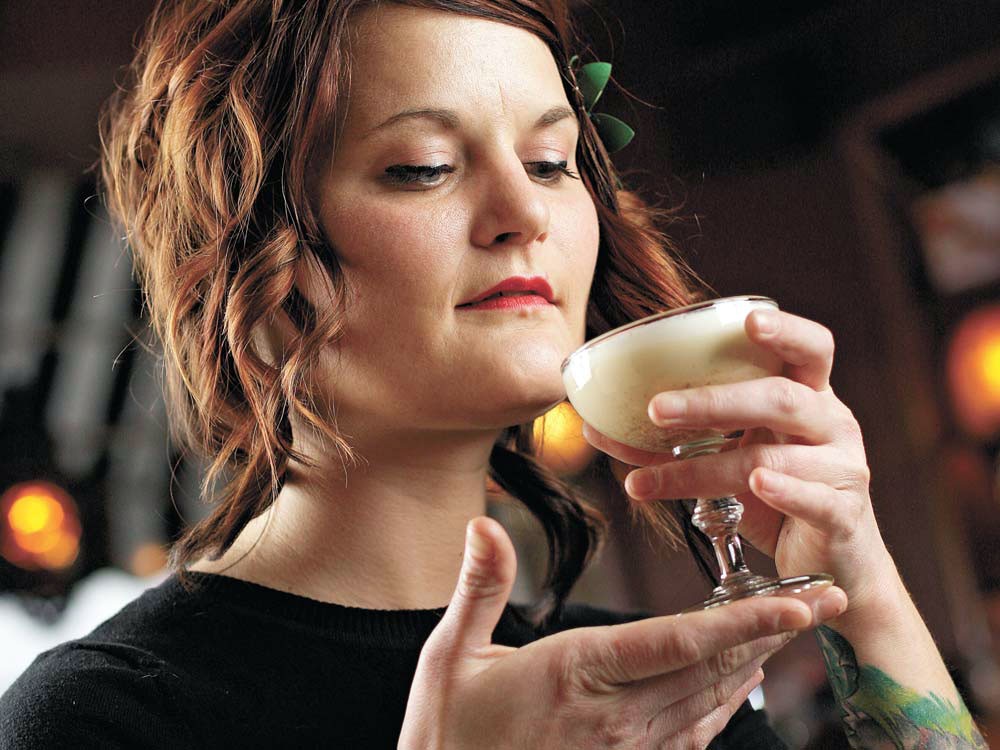 George Washington liked his eggnog spiked with brandy, whiskey, rum and sherry. Jefferson Davis was placed under house arrest at the West Point Military Academy for secretly concocting whiskey-spiked eggnog in his barracks with fellow cadets. Things got out of hand when the cadets were discovered by commanding officers, leading to the yuletide Eggnog Riots of 1826. Six cadets resigned and 19 more appeared in military court.

The history of the quintessential holiday drink is as rich and colorful as the drink itself, though its exact origin is somewhat cloudy. Some believe the whipped-egg beverage descends from the British drink called posset, which was milk and eggs mixed with wine or beer.

Popular in early America, eggnog was often fortified with brandy, sherry or rum, and served warm to sustain the colonists through harsh New England winters. Some versions were mixed with beer. (It tastes better than it sounds, as it makes the eggnog pleasantly fizzy and not as sweet.)

Modern refrigeration, martini glasses and swizzle sticks have changed the way we consume eggnog, but I’m sure no matter how you spike it, George Washington would approve.

Here are a few places around town to get some grog in your nog:

“We’ve perfected our recipe after a long afternoon of tasting and it’s ‘nogalicious,’” says Kelli Green, manager of the retro chic Bon Bon (924 W. Garland Ave.) at the Garland Theater. Green won’t divulge exactly what’s in it, but she promises that the brandy- and rum-spiked eggnog ($7) with fresh nutmeg will warm up your cheeks.

It’s kind of like a secret handshake at Lindaman’s (1235 S. Grand Blvd.). Regulars know that the best way to order the St. Nick’s Nog ($6) is to ask that a shot of electrolyte solution be added to the eggnog-Frangelico steamer. This chocolate-topped concoction tastes like tiramisu in a cup with a spicysalty edge. Thumbs up on the poinsettia-like artwork swirled into my drink.

Latah Bistro (4241 S. Cheney-Spokane Rd.) is serving hot eggnog ($9) juiced up with brandy, Kahlua, Bailey’s and Frangelico, topped off with house-made mascarpone whipped cream. Try not to think about the calories.

Savory Restaurant and Lounge (1314 S. Grand Blvd.) offers a Gingerbread Bliss Martini ($8). Vanilla vodka, gingerbread liqueur and a splash of eggnog are served chilled in a gingerbread-rimmed martini glass. The vodka warms your toes and the eggnog provides a spicy finish to this decadent, dessert-like drink.

At the Coeur d’Alene Resort (115 S. Second St., CdA), you can enjoy your eggnog with floor-to-ceiling lake views or warm up by the fireplace. Choose from creatively named cocktails, including the Russian Santa, Blitzen’s Delight and the Captain Scrooge ($7 each), warm eggnog, spiced rum and house-made hot-buttered rum mix.

Whether you hit the slopes hard or prefer to stay inside and look beautiful, you can warm up at Chimney Rock Grill at Schweitzer Mountan Resort, with a Snow Ghost ($7.50): eggnog and Godiva White Chocolate liqueur. The Snow Queen ($9) features eggnog and Chambord raspberry liqueur.