What animal(s) are you most worried could go extinct? 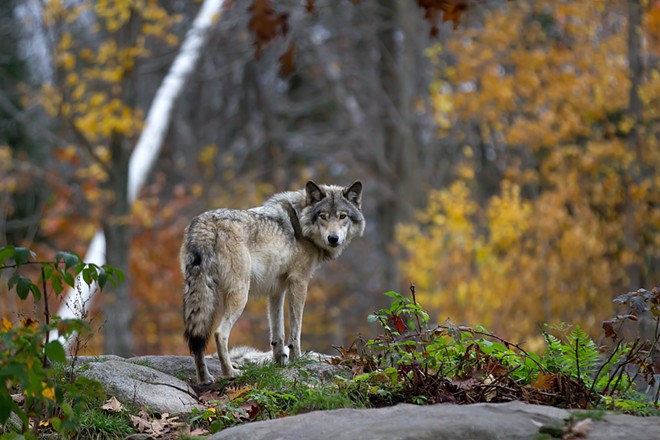 Every week, we ask our followers on social media to share their thoughts.

Jordan Bardo: Wolves. Locally and nationally these animals are being persecuted for their minor impact on cattle. Nationally we have 14,000 wolves and 93 million cows. I have empathy for ranchers losing cattle, but it pales in comparison to the genuine grief I feel for the slaughter of our wild dogs. I'm baffled that we can love our pet dogs so much and villainize our wild ones with such severity.

Bobby Whittaker: Some data would be great. Edification first... what's threatened and already gone (from the Colville National Forest and area) that has a chance to do better or come back. Including salmon, red-band and bull trout. It's gonna take a focus on habitat (all kinds). Make conservation and permanent protection of critical areas a priority.

Brenda Swader-Doggett: The wolves of North America. The farmers hate them, and this year was really bad for them. The BEES! They are under constant threat from so many places. No bees... NO FOOD! They work hard to give us food. Big cats are also in the news more as people expand out into the rural areas.

Carlie Harding Lee: Bees. They pollinate more than a third of the world's crops.

Todd McLaughlin: Jackrabbits in the Columbia basin. Loss of sagebrush habitat (conversion) is contributing to their decline. They are an important food source for large raptors (golden eagles, ferruginous hawks). and that loss in the food web would extend to these consumers.

Bob Hauss: Wolves and any big cats, because people have no respect for them. The further people move out of cities, they feel it should be animal free just because they have become squatters on natural habitat of native animals.