What musical artist would you like to see come play Spokane? 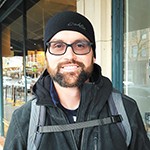 My favorite musical artist right now would be a group — The Strumbellas — kind of a crazy folk-bluegrass group out of Canada. Really eclectic, super-awesome stuff.

I'd probably pay $30-$40. I'd really like them in some sort of natural setting or venue.

I'd like to see [hip-hop artist] Open Mike Eagle.

How much would you pay if he came to Spokane to play?

Shinedown. Genre would be modern rock. They're known for more, like, power ballads. The lead singer is Brent Smith, and he's absolutely one of the best vocalists I've heard besides Chris Cornell, if anyone knows who that is. I heard they put on a great show. 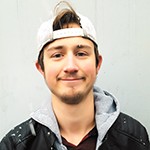 That's a tough one. I guess I'd really like to see Eminem — there isn't really any real music anymore — and I don't think he really performs anymore.

What would you pay to see Eminem play in Spokane?

Depends on the tickets. If they were front row or something, I might drop $200. 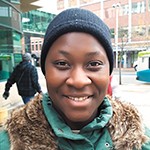 I'd like to see Phantogram come back again — I wasn't able to go see them last time — and Three Days Grace, and Mutemath; oh my God, Mutemath is awesome.

What would you be willing to pay for one of their shows?