The Vault Supper Club opens in a 1920s bank vault. Plus, a new hot-doggery in downtown Spokane.

By Tiffany Harms and Alicia Purvis-Lariviere 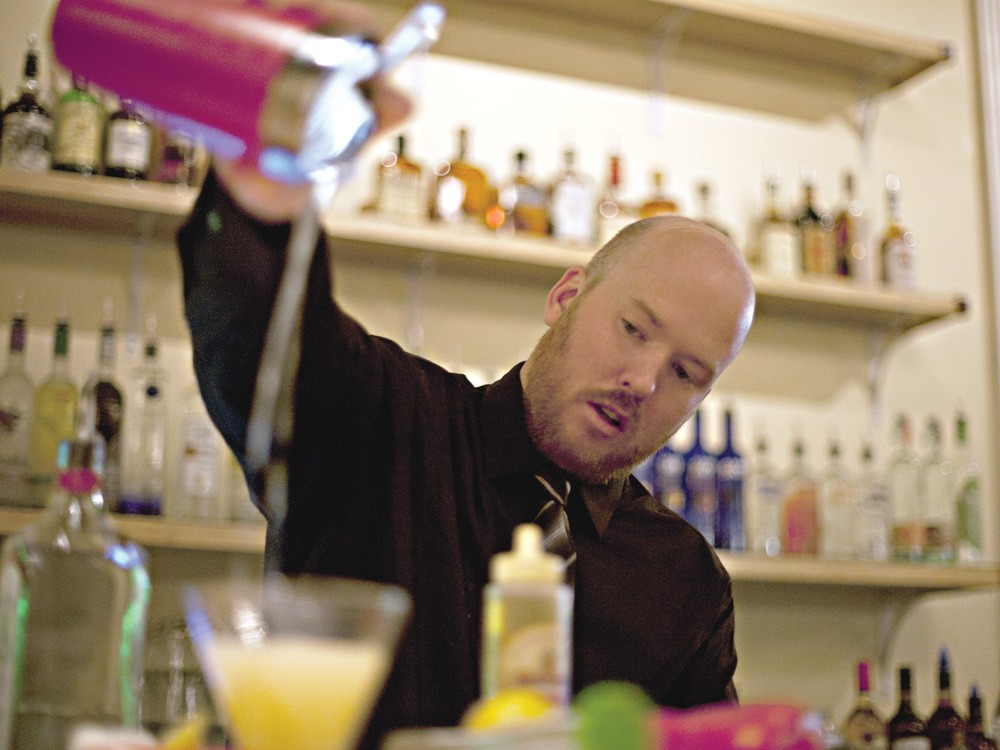 Life was good in 1920s America. Everyone was excited about this new thing called Jazz. And despite Prohibition, it seemed that people still managed to tie one on.

The downtown Spokane building that is now home to the Vault Social Club and Eatery was wide-awake during this time. Back then it was a bank, and now, 90-something years later, it has become a restaurant and nightclub. But its past hasn’t been squandered by the remodel — in fact, it’s been played up.

The Vault takes up two floors of the building, with the main dining room, dance floor and bar occupying the top level. It has been revamped and restored to the aesthetics of the 1920s: High ceilings feature chandeliers dripping with crystal, and the ornate molding is highlighted with classy colors.

The real draw, though, is downstairs. That’s where the bank’s old vault has been converted into an intimate seating area. A giant metal door opens to the inside of the vault, where cozy tables and chairs line the edges. There’s an inherently deviant feeling that accompanies partying inside an old bank vault, and the venue takes advantage of that, adding a small bar just for those downstairs guests.

The Vault’s menu is Italian-influenced, with panini, pastas and salads dominating the fare. But owner Tim McKinney says that the spot is really striving to be known for its collection of mojitos.

The bartenders have gotten creative with the drink, putting their own interesting spins on a drink that traditionally consists of rum and mint. Their grilled-pineapple mojito ($8) features hot-off-the-grill pineapple, which is then muddled with mint and then doused in Bacardi Superior, lime juice, simple syrup and splashed with club soda. Bartender Aaron Mock finishes it off with a garnish of steaming, grill-marked pineapple on the edge of the glass.

If you’re not for the fruity cocktails, Mock also devised some others, like his 18th Amendment Martini ($9). Bombay Gin and a bit of agave nectar are added to muddled lemon slices and red bell peppers. It’s an odd combination, but it plays out well.

Much like the Vault itself, which will feature DJs on Thursdays, Fridays and Saturdays, both upstairs and downstairs. Between that, the fun drinks, a strong menu and the unique space, the Vault should be a welcome addition for club-goers and the dining crowd alike. (Tiffany Harms)

How do you like your hot dog? From a cart? A truck? A shop? Do you like it all-American, Italian or German? Naked on the bun or slathered with all the fixin’s? Everyone seems to have a different opinion of how or where the best franks are served.

Steffan Wachholtz, owner of Dog House and also of neighboring Irv’s and A Club, wants to keep it basic. From the decor down to the menu, everything at Dog House is about as no-frills as you can get. The kitchen consists of a prep table, espresso machine and refrigerator and is completely surrounded by a bar for customers to sit and sip a beer, watch employees preparing lunch, or see the glistening wieners rotating on the grill.

The menu is basic in the most literal sense, as every sandwich and hot dog is build-your-own style. Buns, dogs, veggies, cheeses and extras are listed on a page by category. To order, customers simply use a highlighter to mark which ingredients they want. I opted for a veggie hoagie with cream cheese on whole wheat, while my partner ordered the classic all-American dog with pepper jack cheese on French bread (both are $7.50 and come with chips). The bread was fresh and chewy, and it was in perfect proportion to the veggies it encased.

I was also surprised to find that the sprouts on my sandwich were not alfalfa, like those found in traditional deli fare, but mung bean sprouts. And my companion’s hot dog? Almost 12 beefy inches jutting out of a tender bun — and it was gone in less than five minutes.

Though the place was empty when we arrived, a steady trickle of patrons quickly livened things up. Everyone seemed to know each other and suddenly the café was filled with conversation.

Feeling too self-conscious to have chili dripping down your chin while arguing over the local election? There’s a small, private pocket of tables in the back for a more tranquil dining experience.

In the future, there will also be gluten-free bread options and a chalkboard menu with daily specials, but right now the folks at Dog House are just serving up delicious, unpretentious, basic All-American food. (Alicia Purvis-Lariviere)