Portrait of a Legend

Listen to Me Marlon delivers the full Brando 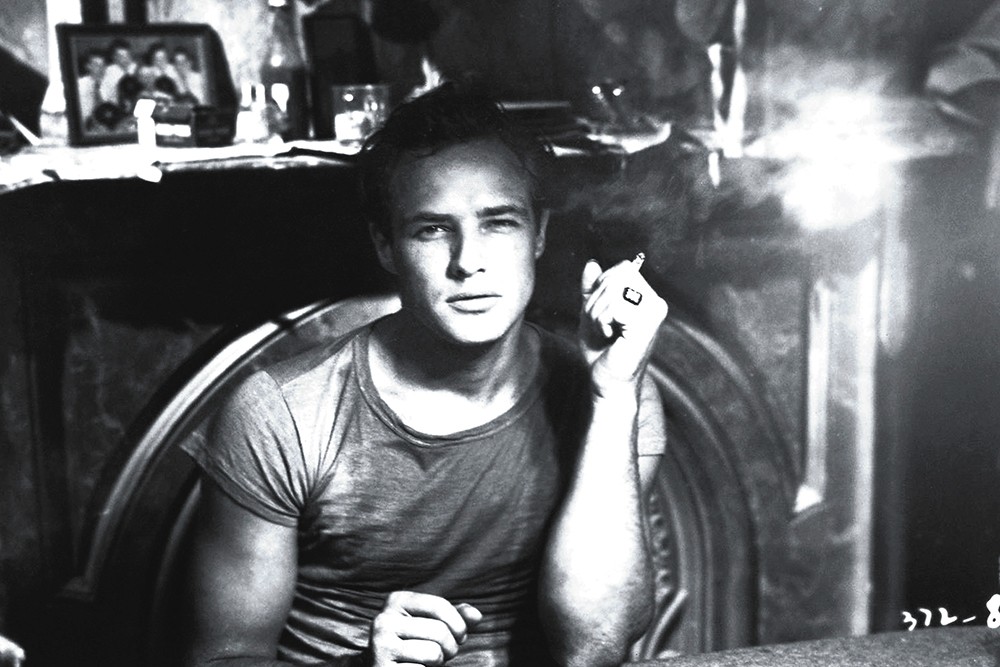 Marlon Brando was a bundle of infinite contradictions:

sinner and saint, recluse and icon, glutton and stud, charlatan and genius. The remarkable documentary Listen to Me Marlon charts the actor's life through Brando's own words, using public domain materials and never before seen or heard video clips and audiotapes from his personal archives, revealing a complicated human being who defied simple categorization by design. No talking heads here, just Marlon in all his magnificent complexity. For any cineaste, it's a mind-blowing experience.

A troubled Midwestern childhood (both parents were alcoholics; his father physically abused him) marked this extremely sensitive young man for life, fomenting the madness in the Method that catapulted him to instant stardom as the brutish Stanley Kowalski (a character he detested) and assured him a film career distinguished by radical artistry with lapses of embarrassing laziness. In his debut film The Men in 1950, Brando spent three weeks residing with maimed veterans to prepare for the role of a paraplegic ex-soldier, immersing himself emotionally and physically in the part with revolutionary fervor. Fast-forward 30 years later to The Formula, in which he wore a hearing aid wired to a pocket recorder rather than memorize his lines, when screen acting had (once again) become nothing more than a paycheck. For every On the Waterfront, there was a Superman. As he aged, Brando seemed more and more content to rest on his ever-widening laurels, with the exception of a burst of brilliance in the early 1970s. How could this happen to the man considered cinema's greatest actor?

There are no easy answers in Listen to Me Marlon, but what a wealth of insight it provides into this enigma. The film covers the waterfront, documenting a rich and varied existence in that unmistakable voice. It recounts his avid political activism on behalf of the civil rights movement and Native Americans, although his famous refusal of an Oscar now feels like a well-meaning but misguided publicity stunt.

It also chronicles his turbulent personal life, one marked by messy relationships, an obsessive need for privacy, and bitter tragedy in the form of his son Christian's conviction for murder and his daughter Cheyenne's subsequent suicide. But it's the private, confessional Brando (particularly in the self-hypnosis tapes he made late in life) that will leave you nearly breathless. Using a ghostly digital rendition of the actor's face on a computer screen to embody his words, the filmmakers make Brando eerily come alive at times to tell his story. Wow. It's nothing short of transcendent. ♦

Listen to Me Marlon is not showing in any theaters in the area.