Electro-poppers Phantogram show off what creative minds can do together 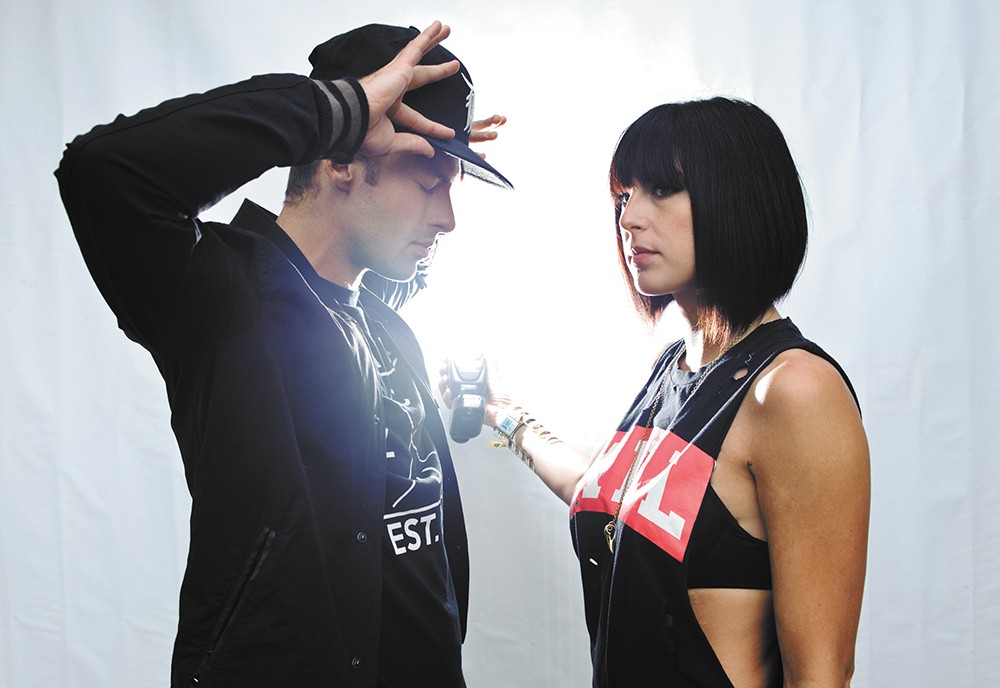 Thanks to modern technology,

Post a tune on Bandcamp or throw a video on YouTube, and it might turn you into a viral sensation. At the very least, it might get your music heard in places it never had a chance to find 10 years ago, or by one powerful person who can catapult you to stardom before you know what hit you.

New Yorkers Phantogram are pioneers of this sort of Internet-driven phenomenon, considering that some song demos they posted to MySpace — ah, remember MySpace? — caught the attention of labels and resulted in their landing a deal and releasing a stellar debut, 2009's Eyelid Movies, before the duo had played much live.

For many Internet-fueled success stories, the narrative ends there as they struggle to find lasting success, or even write another batch of worthy songs. But Phantogram had something more going for them than a buzzy sound that blends electronic beats with — depending on the song — elements of hip-hop, soul, R&B and straightforward rock. They had the longtime friendship between Phantogram's two members, Sarah Barthel and Josh Carter, that stretched back to junior high in a bucolic upstate New York town.

And while that friendship didn't turn into a musical partnership until the two had explored the world a bit and returned home when they were in their 20s, their shared interest in music and visual art has allowed Phantogram to grow into genre-defying stars who deliver mesmerizing live shows and collaborate with the diverse likes of hip-hop badass Big Boi (you definitely want to check out their new EP with the Outkast rapper, delivered under the name Big Grams) and art-rock freaks the Flaming Lips between working on their own tunes.

Phantogram's 2014 album, Voices, is both a natural extension of what the band was just hinting at five years previous with Eyelid Movies, and a huge artistic leap forward, thanks to having a big budget to work with and five years of live shows under their collective belt.

"On Eyelid Movies, we wrote and recorded an album without really playing any live shows and actually not really having a fan base, but in the process of touring and playing those songs live, they became something a little more, and started taking on a heavier energy," Carter told the website Nothing But Hope and Passion. "As a result, the production on the new album is a bit heavier."

That heavier vibe includes what Barthel described in the same interview as songs with a "loud-heavy-screaming-but-nobody-can-hear-me kind of feel." That feel comes through loud and clear on songs like "Celebrating Nothing" and "Black Out Days." It's part of a made-up genre she jokingly refers to as "darkadelic" thanks to the swirling bits of instrumental psychedelia that run through most of Phantogram's meticulously layered songs.

As the band grew both musically and in popularity, Carter and Barthel continued to explore and push Phantogram in big, bold directions. Sometimes that just means practical considerations, like adding more musicians to take their studio creations to the live stage and expand the original versions into dynamic new takes on songs old and new; guitarist/synthesizer player Nicholas Shelestak and drummer Chris Carhart have been touring with the band for a couple of years now, helping the twosome get the sound in their heads out to their fans.

Going big also means an increasingly ornate stage show they've created with an assist from lighting designer Jason Carroll, making a Phantogram show as mind-blowing in the visual sense as possible. That will come in handy for the series of arena shows the band is doing in December opening for epic rockers Muse, in between their own headlining gigs like the one in Spokane.

This go-round likely marks the end of Phantogram's touring cycle for Voices, meaning Carter and Barthel will soon be able to create a whole new batch of aural treats. It's a process Carter looks forward to.

"What's exciting for us as a band is that we have this well of so many untapped ideas," he told PopMatters.com. "We know that we have no boundaries on what we do." ♦