Fat Daddy's in Wandermere is reborn as Selkirk Pizza 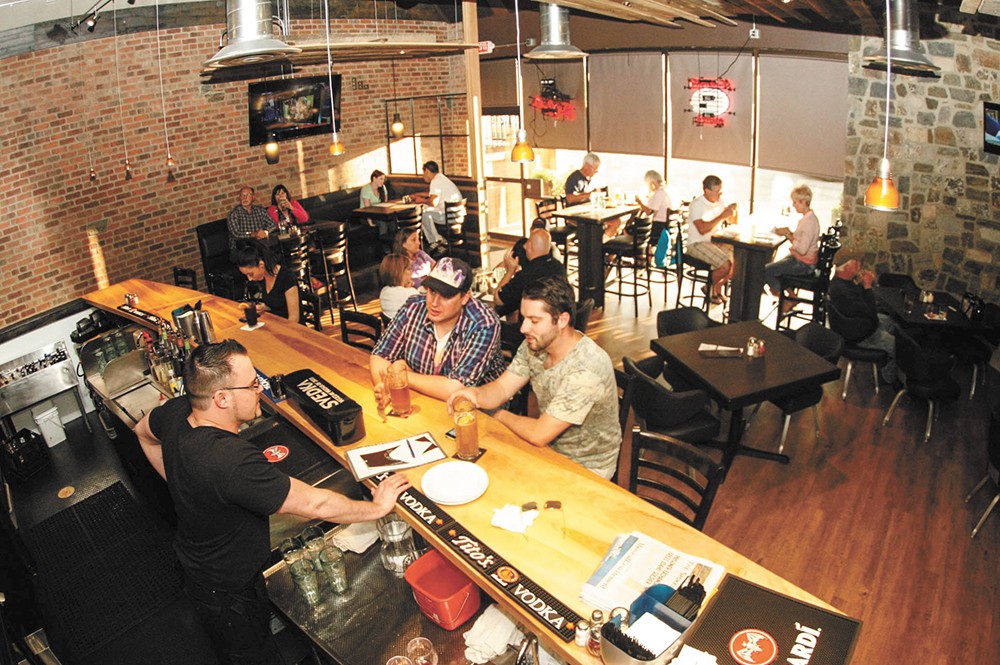 Meghan Kirk
Selkirk Pizza has a sleek interior and an innovative ordering system.

Fans of Fat Daddy's Pizza at the Wandermere Mall in North Spokane shouldn't be disappointed that the longstanding restaurant was recently replaced by Selkirk Pizza & Tap House.

Selkirk's owners are more or less the same, and so is a large portion of the menu's family-friendly American food. The most noticeable changes are a complete décor revamp and a new food ordering system that lets patrons stopping in for a quick bite enter and pay for their order at a kiosk before sitting down.

Liz Nelson owns Selkirk with her husband Curt Nelson and their business partner Todd Phelps, through their company Nelson Phelps Hospitality. She says Fat Daddy's was previously owned solely by Phelps, but he'd been looking to make some changes to its business model, so the Nelsons teamed up with him to reintroduce it as Selkirk. Together, the couple and Phelps also own downtown's Steelhead Bar & Grille, Morty's Tap & Grille on the South Hill and the Fieldhouse Pizza & Pub near Joe Albi Stadium. Phelps also separately owns the Screaming Yak on West Francis Avenue.

"We didn't want to change it so much we'd lose the clientele that Todd had already built, but we knew we wanted to follow the format of Fieldhouse, making it more conducive to teams and families," says Liz Nelson.

That's the main reason behind the addition of a self-service ordering system, she adds, which streamlines dining. By placing their orders and paying for their food at the hostess stand when they walk in, patrons don't need to wait for a server to box up food or bring the check. Servers do, however, check on customers throughout their stay. Selkirk also offers full-service dining in the bar, as well as in the family seating area for customers who don't want to self-order.

The trio's experience owning and operating several established local restaurants is apparent, from the plush booths and concise menu presentation to rustic wood repurposed in its décor — the work of local architectural designer/fabricator Robert Sevilla Naudon. His work is also seen, most notably, in Steelhead's bar.

Selkirk's menu focuses on specialty pizza — like the Columbia, featuring an Alfredo sauce base with bacon, chicken, tomatoes and veggies ($12-$21). Other highlights are an all-you-can-eat salad bar ($7; $5 with a pizza), sandwiches ($9-$10), pastas ($10-$12) and calzones ($10-$12). Though many menu items from Fat Daddy's remained through the transition, most have been renamed. ♦