Return of a Legend

Four young business partners revive the Viking, bringing it into the modern era 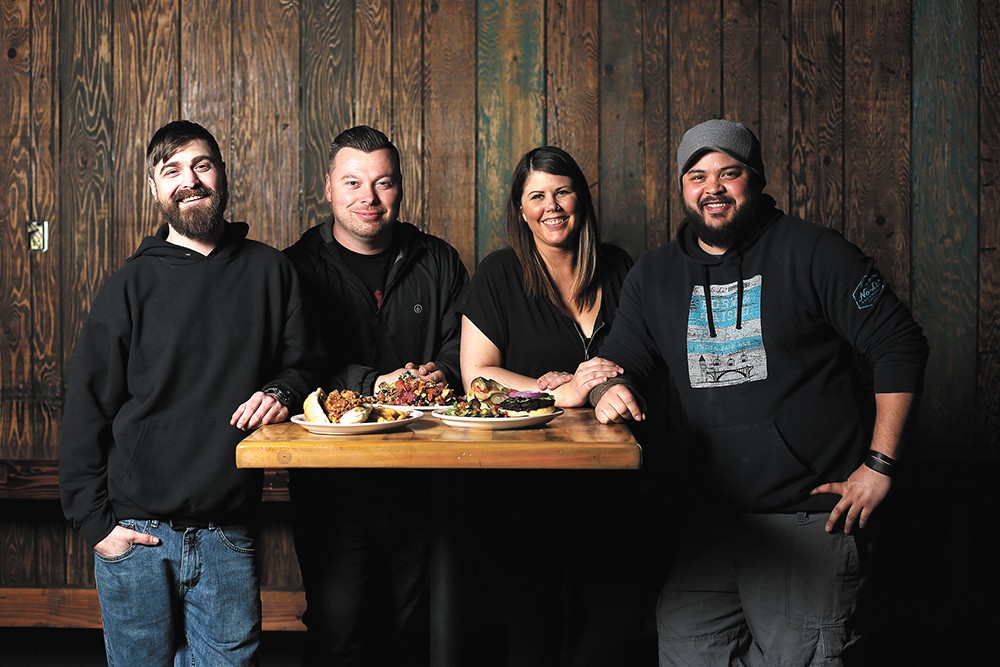 at the Viking upon turning 21.

It's fitting, then, that years later Talotti and three other friends are now business partners and co-owners of the more-than-30-year-old pub just north of downtown Spokane; a place that's long been a hangout before or after sporting events and concerts at the Spokane Arena, and simply a welcoming neighborhood spot to tip back a few beers at the bar, or stop in for lunch.

After a long and challenging renovation project, Talotti and business partners Steven Barclay, Krista Christofferson and Greg Healy are nearly ready to reveal the spot that's been shuttered since last August. Though they'd originally hoped to open sometime in March, unexpected construction and permitting setbacks mean that the Viking is more likely to reopen in early May. They'll announce the official reopening date on the business' Facebook page, where those anxiously awaiting its rebirth can find the latest updates.

"It's been an eye-opening experience. It's not easy to do by any means," Healy summarizes of the process to bring the storied establishment back to life.

After decades of operation, during which little inside was aesthetically changed, the venue's age was surely showing, the Viking's new owners say.

"The building was pretty run down," Barclay says. "We didn't know the full extent until we started dipping into some things, and everything we did, it seemed like there was a patchwork from before — a piece of the building or equipment that needed to be replaced."

They tore out all the carpeting in the dining and gaming area, and sanded down the wood-paneled walls that were installed long before smoking indoors was banned. A low, tiled drop ceiling was ripped out to showcase the building's beamed roof structure underneath. This allowed for the original light fixtures to be raised up, making the space feel more open and airy. The heavy wooden chandeliers, hung by chains, are reminiscent of a Viking longhouse or medieval castle.

Christofferson, who tended bar at the Viking for seven years under its previous owners, admits there were spots in the building that were so grungy and grimy, she was afraid to clean there.

The partners agree when Talotti says the biggest difference to customers who remember the Viking's former iteration will be how open and clean the space is now.

"I don't know how else you word it," he says, laughing, "but when you walk through the doors it's not going to be that dark, dungeon look. It'll have the same cozy feel, but much cleaner." 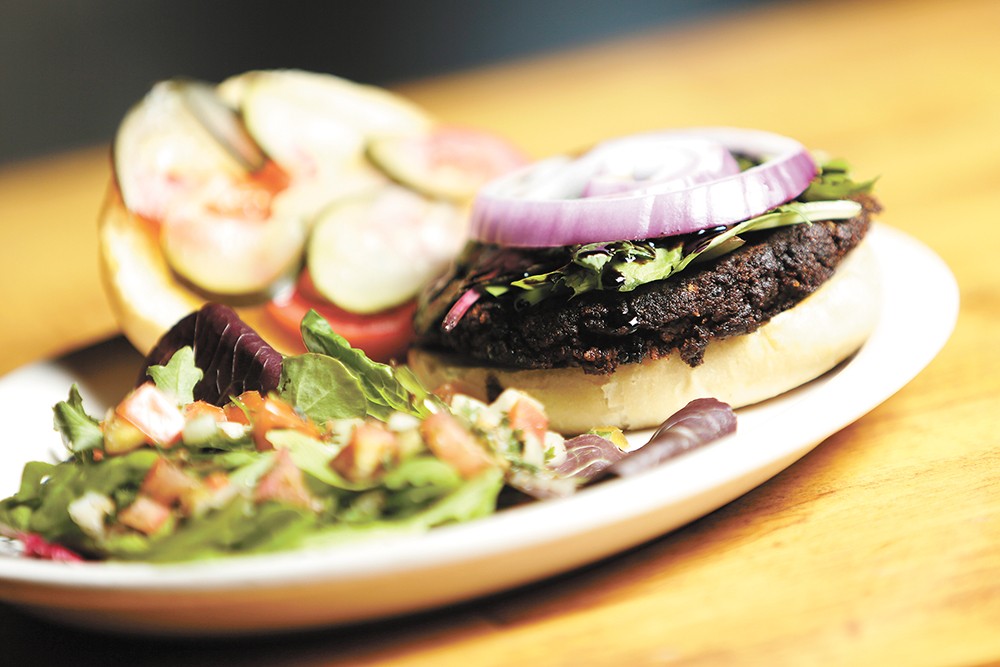 Young Kwak
A portobello and black bean burger is just one of the Viking's vegetarian-friendly options.

Talotti also owns Whisk bar downtown, and his family owns the Red Lion Barbecue and Pub a half-block from the whiskey bar. His father George constructed the Viking's building back in 1973, owning it and the first pub to locate there, Ahab's Whale, for a short time. After peeling back walls in the restaurant's bathrooms, Talotti says he found the original wallpaper his mother put up when the structure was newly built.

Barclay was general manager of the Viking for four years prior to becoming a part owner, and the group says they often discussed owning a restaurant and bar together.

"We got together and said, 'This could work,' and put the numbers together and it worked out," Healy says. "It's just one of those things that just fell into place."

On a sunny, spring afternoon,

the inside of the brick-red-painted building tucked on Stevens Street just off Boone is dark and chilly. The space isn't finished yet; the pool tables are out of the way and tipped on their sides, and the new bar — set in the same spot as before — is still a framework of naked two-by-fours.

The food menu, which won't change much from before, is almost ready, offering a familiar list of pub-food classics, including burgers, sandwiches, wraps, salads, shareable appetizers and finger foods (nachos, wings, fries, etc.), and even a few breakfast items served all day. The kitchen — which was expanded to help speed up food prep during busy hours — is also taking dietary restrictions into account, offering gluten-free, vegan and vegetarian options.

One of the biggest changes to come to the former 21-and-up-only bar is the admittance of minors until 9 pm.

"We always missed out on so much stuff for the Arena — the parking lot and even everything else around us on the street would be full for monster trucks and Disney on Ice, but in here it would be completely dead," Christofferson says.

People who loved the Viking's kitschy, retro décor collection covering the walls — like the mermaid ship figureheads and a large painting above the bar of a nude woman in repose — need not fear, as most of it is going back up. With its new kid-friendly hours, though, the vintage nude painting will hide behind a censor curtain during the day.

"It's tastefully done, but we all have kids," Christofferson says.

Known for its wide selection of beers, the Viking will continue offering suds on 24 taps (down from 34), with a mix of local, regional and domestic brews.

"Forever it was a beer-oriented bar, and we want to keep that, but we want to add some craft cocktails and more variety and options, Talotti explains.

In all, the Viking is set to retain its charm as an eclectic yet friendly and comfortable neighborhood hangout, but with a fresh new look and access for customers of all ages. Live music and other in-house events are planned as continued offerings. A new second patio on the building's north side will offer additional warm-weather seating sometime later this year.

"I've owned multiple businesses now, and there is such excitement at the beginning," Talotti reflects. "And then the reality sets in when you see it take so long to finalize, and the stress of when you're closer to that opening. But there is so much pride when it becomes yours." ♦ 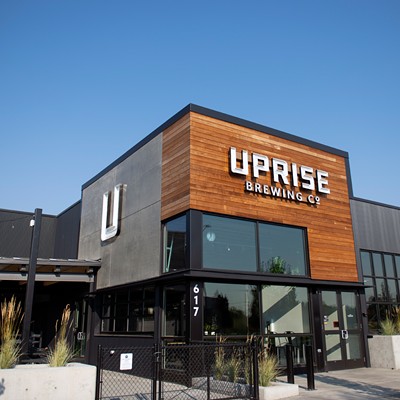