Return of the Dawgs 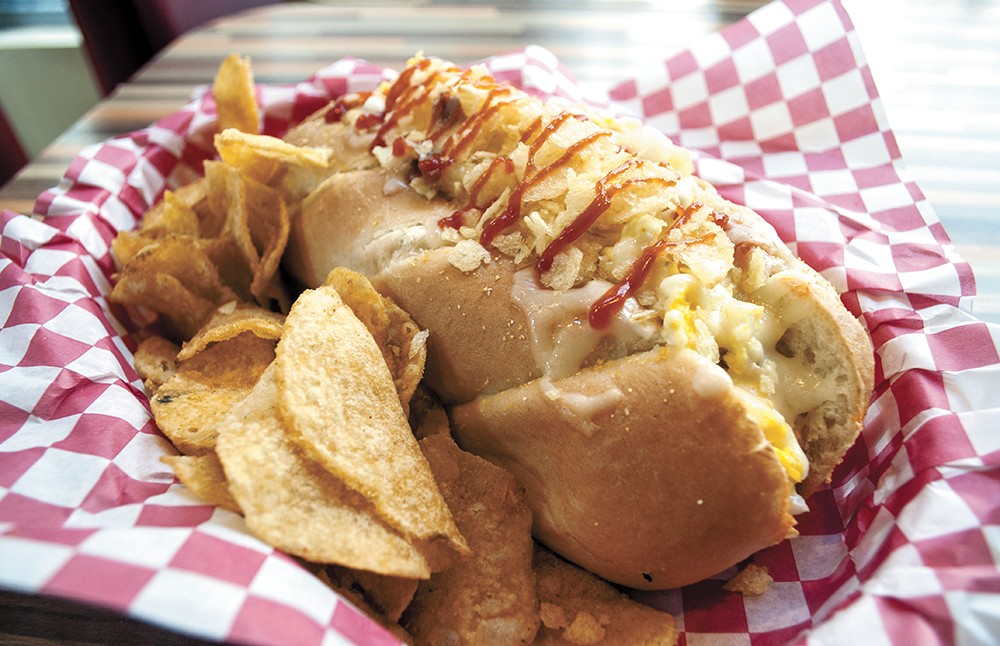 Back when it opened in 2011, Wild Dawgs was known more for its logo than its food. The cartoonishly raunchy logo of a woman eating a hot dog spurred feverish TV coverage and divided Spokanites into those who found it hilarious and those who found it offensive. Some citizens boycotted the joint.

Controversy aside, the spot earned a following as a late-night hangout, and Brett Hendren and Scott Lea were among the regulars who were bummed when the place closed last year. But they'd been thinking about getting into the bar and restaurant industry, so after months of calling the former owner they finally got in touch in July and took over.

Hendren and Lea have made some changes — after talking with other local businesses, they decided to ditch the controversial logo. They've kept the font, though, and they're not against fun — there's always a new joke or deep thought chalked on the sandwich board out front.

Tucked under the concrete swoops of the Parkade, the diner-style nook is a cozy spot to start a night on the town or stop for a hangover-preventing snack before heading home. Few places in Spokane are open so late — 3 am on Friday and Saturday — and Hendren says nights vary from low-key to packed, based on what else is happening downtown.

The most popular gourmet "dawgs" ($5.95) remain on the menu, like the "Funky Mama" with jalapeño, mozzarella, grilled onions, tomato and pineapple sauce, or the "I ♥ Spokane" with cream cheese, bacon, onions, mushrooms, ketchup, mozzarella and pineapple. Diners can opt for a German sausage inside their massive bun, or for the popular veggie dog.

"I get tons of regulars just from that," Hendren says.

But not everyone wants a hot dog, Hendren says, so they added a menu of flatbreads with a variety of toppings ($5.95). Right now they serve wine and beer, with an emphasis on local and regional breweries, and plan to have a whiskey-focused full bar by New Year's. ♦