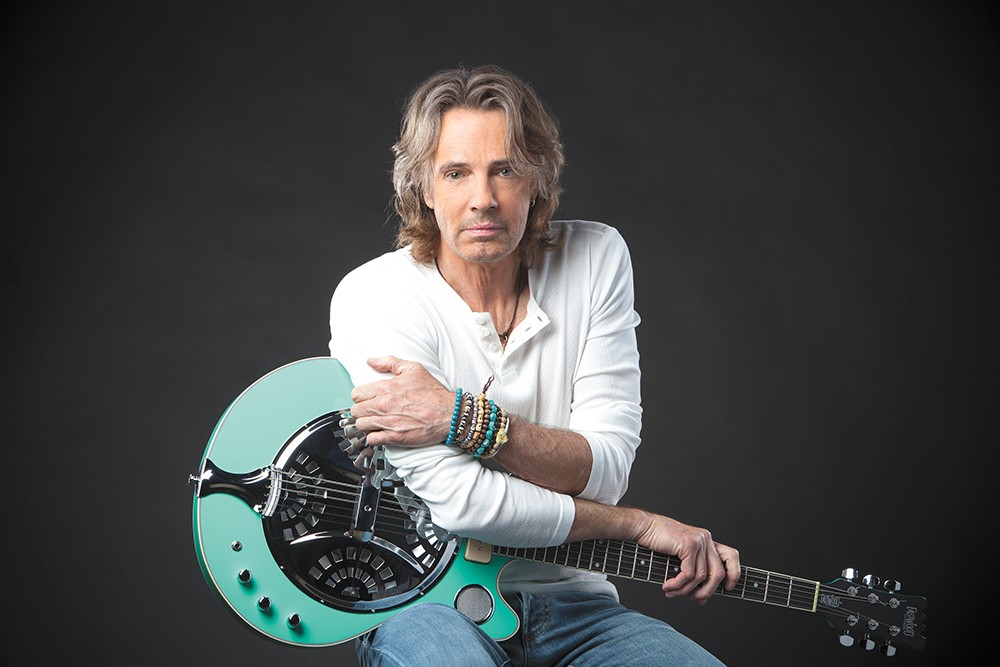 There aren't a lot of graceful ways to step back from massive success in the music business. It's natural to always want the albums to sell more copies, the songs to play on more radio stations, the tours to play bigger venues.

During the '80s, you could argue Rick Springfield was one of the biggest stars around. His hook-heavy pop-rock earned him 16 Top 40 U.S. hits between 1981 and 1988 (including the chart-topping "Jessie's Girl"), a Grammy, several hit albums, arena-packing tours, and even his own Purple Rain-esque movie, Hard to Hold. Oh, and he also starred on the oh-so-hot daytime soap opera General Hospital from 1981 to 1983.

Then, simply put, he was gone.

After working relentlessly basically since childhood in Australia to make it big, and then finding superstardom, Springfield essentially quit the business. He didn't make an album between 1988 and 1999, and while he cited a desire to spend time with his family, he later revealed in his 2010 autobiography that behind the sunny facade of a handsome pop-rock star was a life often dominated by depression and darkness. That pause in the high life just might have saved his life.

"A lot of dark stuff happens on the road. It's kind of like being on a submarine."

"The touring got pretty brutal at times, doing the same show over and over for like three months," Springfield says in an interview, recalling the record/tour/record grind of the '80s. "Now, we go out for a week or two and we come home. Back then, you'd go out for like three months and you'd come home a different person. A lot of dark stuff happens on the road. It's kind of like being on a submarine. You're cut off from the rest of the world, really."

While you often hear of record companies pushing their successful acts to keep working nonstop, especially when an artist is on a hot streak, Springfield says he didn't need any encouragement. He's been a hard worker his entire life, and it took a solid decade of trying different things in the states before he finally hit with "Jessie's Girl." The crazed pace of Springfield's life when the spotlight was brightest was all his doing.

When Springfield re-emerged from his self-imposed exile, he was in his 50s and facing a music-biz landscape that was nothing like the one he left behind in the late '80s.

He's spent the ensuing years combining concert tours full of the hits his lifelong fans love with new pursuits like writing novels; his 2014 debut Magnificent Vibration garnered positive reviews, and he's writing his third now. He also got back into acting, including a role on True Detective and a return to General Hospital for a few years, as well as "playing a creep in American Horror Story, or a weird version of me in Californication." He enjoys exploring darker characters, he says, because "it surprises people and it gets more attention than just doing what's expected."

That same approach informs Springfield's newest music. His 2018 album, The Snake King, is a strikingly assured blues-rock collection that does not sound anything like his hits. And that's not at all a bad thing, because Springfield has a lot to say about what he sees as our disastrous modern times. At various points on The Snake King, Springfield hammers at religious hypocrisy, our impending environmental collapse and the preponderance of evil in the world on songs like "Jesus Was an Atheist," "Suicide Manifesto" and "Orpheus in the Underworld." And he does those songs with some wicked slide-guitar, harmonica blasts and strong vocals that belie his 69 years.

Even though Springfield's been listening to blues music since he was a kid, he says he wasn't angling to do a blues-rock record just for its own sake. "It was just the right time," Springfield says. "The style suited what I had to say rather than the regular pop-rock thing, because it was a lot of angry stuff. A lot of questioning and searching. I just thought it suited it lyrically."

The subject matter certainly struck some of even Springfield's oldest friends as quite the departure from what they expect from the man.

"One of the backup singers I use all the time, Wendy Wagner, she's hilarious, been on everything. I handed her the lyrics for some of the songs and she says, 'Rick, what happened to you?'" Springfield conveys with a laugh. "It turned some people off. I had some people thinking I'd gone to the dark side, Satan and all that, missing the whole point."

The audience at Springfield's Northern Quest show will surely get a dose of The Snake King among the deluge of hits, and Springfield says being able to mix in new material with songs he's played thousands upon thousands of times keeps him and his long-time band excited to hit the road.

"It's really about us having as much fun as the audience, which is why I still love to tour," Springfield says. "I have a great band, we love each other, and it shows on stage, and that translates to the audience." ♦