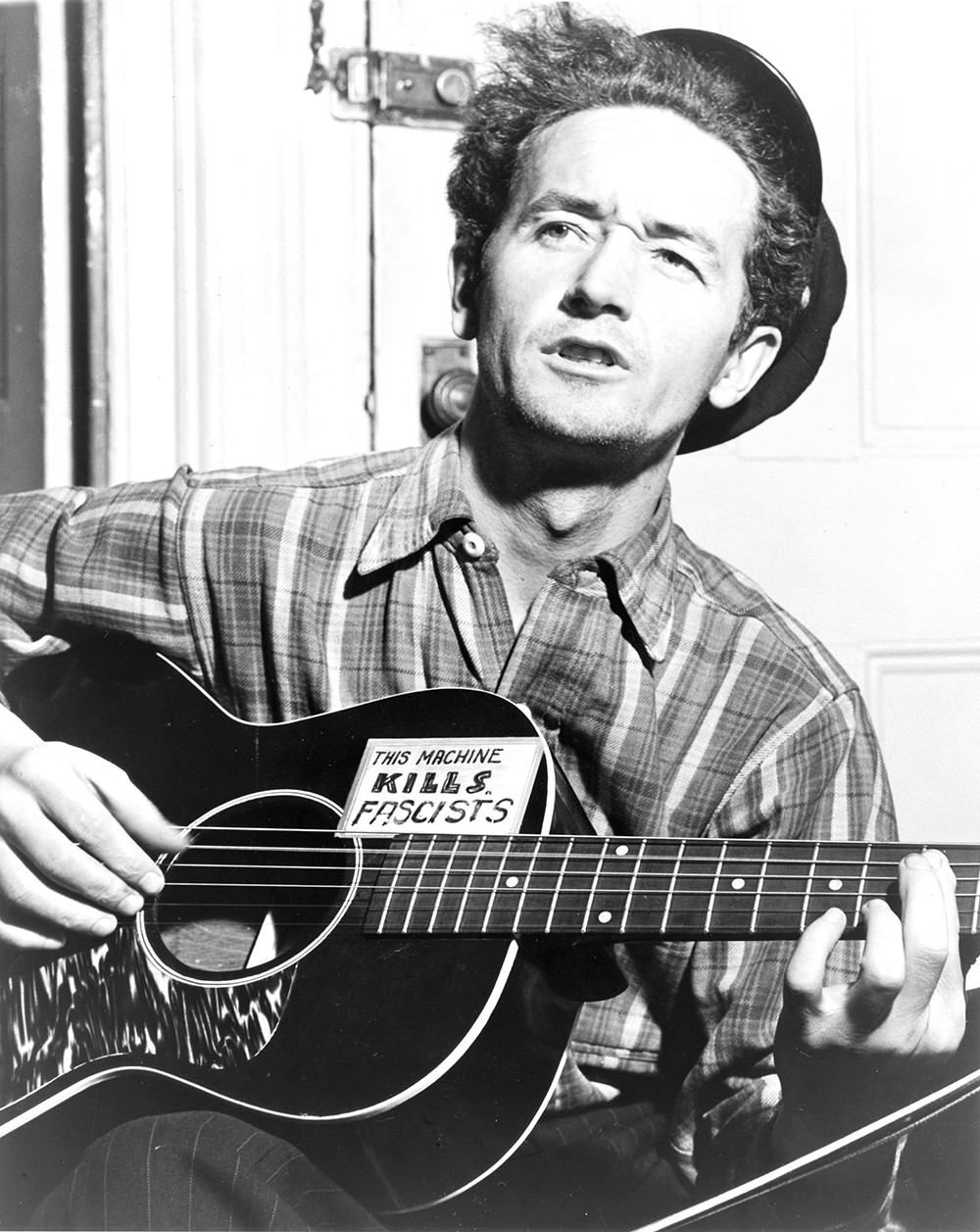 Woody Guthrie's Pacific Northwest songs are the subject of a new Smithsonian set of recordings.

particularly the Okies he followed to California during the Great Depression. Songs like "This Land Is Your Land," "Do Re Mi" and "Dust Pneumonia Blues" earned Guthrie the sobriquet of "Dust Bowl Troubadour," and his dedication to speaking truth to power through song made him a hero to artists like Bob Dylan and Bruce Springsteen, The Clash's Joe Strummer and Wilco's Jeff Tweedy.

Some of Guthrie's most popular songs, though, came out of a one-month binge in 1941, when the perpetually broke performer got a temporary job from the Bonneville Power Administration to write songs about the BPA's construction of the Grand Coulee Dam and other dams on the Columbia River then transforming life in the Pacific Northwest. Guthrie toured the region and was inspired to write 26 songs in his month-long residency.

Jeff Place, the curator of the Smithsonian Center for Folklife and Cultural Heritage and a Guthrie expert, says the then-29-year-old songwriter was prone to sudden periods of creativity, even if "he never did work-for-hire stuff" like the BPA job before or after.

"Him being hired by the government was sort of a weird thing for him," Place says of Guthrie, who famously played a guitar adorned with the message "This Machine Kills Fascists" and associated with plenty of political radicals. "And people think it's strange he wrote 26 songs in 26 days, but he did that kind of stuff all the time. If you look at the guy's life, he had these incredible bursts of creative energy every so often. One time he sat down in the [Smithsonian's] Folkways studio and recorded 76 songs in one day, so he was capable of that kind of stuff."

Place is part of a group including folk musician Joe Seamons and folklorist and former BPA employee Bill Murlin who last year decided to celebrate the 75th anniversary of Guthrie's Northwest songs by recruiting modern musicians from the region to reimagine and record Guthrie's BPA canon. The resulting album, Roll Columbia: Woody Guthrie's 26 Northwest Songs, features musicians including members of Portland bands The Decemberists and Black Prairie as well as Seattle residents Peter Buck (R.E.M.) and Scott McCaughey (Young Fresh Fellows, The Minus 5). Among the songs are a few that became some of Guthrie's most popular when he got around to recording them years later, including "Pastures of Plenty," "Roll On, Columbia, Roll On" and "Hard Travelin'." There were a few songs where only Guthrie's lyrics were found, and the musicians had to create the sounds. 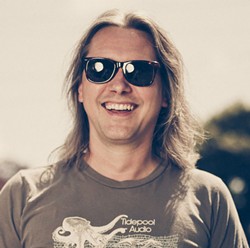 Portland musician Jon Neufeld produced and played on the project.

"The two I chose didn't have melodies; there was no music to them," says Seattle country artist Cahalen Morrison. He recorded "White Ghost Train" and "Lumber is King" for the album, and took a few swings at arrangements before ultimately ending up with "non-Woody-like sounds." Even so, they fit right in alongside other songs in the project, and Morrison says essentially co-writing a song with the long-dead legend made him feel "like I was discovering something."

"He just kind of created this whole American musical language," Morrison says of Guthrie. "He took from different styles and put them together and made up a new style of music."

Indeed, some of the songs Guthrie wrote for the BPA borrowed their melodies from already well-known folk and blues songs like "Good Night Irene" and "Mule Skinner Blues." The constant borrowing and tweaking of songs is part of the folk tradition, and it's something the album's producer, Portland musician Jon Neufeld, encouraged among the artists involved.

"Growing up with folk music and seeing the way that songs evolve, it's part of the folk-music process," Neufeld says. "You're kind of doing it a disservice if you're trying to recreate what Woody did. It's not a textbook. It's art, so people need to be able to feel what they feel, to put the song in order for other people to connect to it."

Neufeld was recruited by executive producers Seamons and Murlin to organize the recording sessions, with artists each getting to choose two songs to record during their four-hour stint in Neufeld's studio. Some of the songs have relatively straightforward arrangements, and some, like those Morrison tackled, had no music at all. It was up to Neufeld to get the best performances possible out of two dozen or so musicians.

"It was interesting to see what songs everyone picked, and to immediately start thinking about 'What's that going to sound like?' — their approach to it," Neufeld says. "The wheels start spinning when you see an artist's name attached before you go into the studio, and you just start hearing it."

Neufeld got to play on several of the songs; his multi-instrumental prowess as a member of Portland bands Black Prairie and Jackstraw came in handy on songs like "The Talkin' Blues," "Washington Talkin' Blues" and "Grand Coulee Powder Monkey."

Place, from the Smithsonian, says the songs filling the Roll Columbia project represent more than just a unique job for Guthrie and Northwest-centric curiosity among his catalog of songs. Despite the fact that he lived until 1967, Huntington's disease, the degenerative neurological affliction that killed Guthrie and his mother, started affecting his ability to write soon after penning these BPA songs in 1941.

"When the Huntington's disease starts to kick in, his ability to really write beautiful lyrics gets harder and harder, so the golden age of Woody Guthrie is really the early '40s," Place says.

"The two most literate and beautiful things I think he ever did were those series of Dust Bowl ballads, and the things he wrote for the Bonneville Dam." ♦