The best concerts of 2015, as recalled by Inlander music writers and contributors 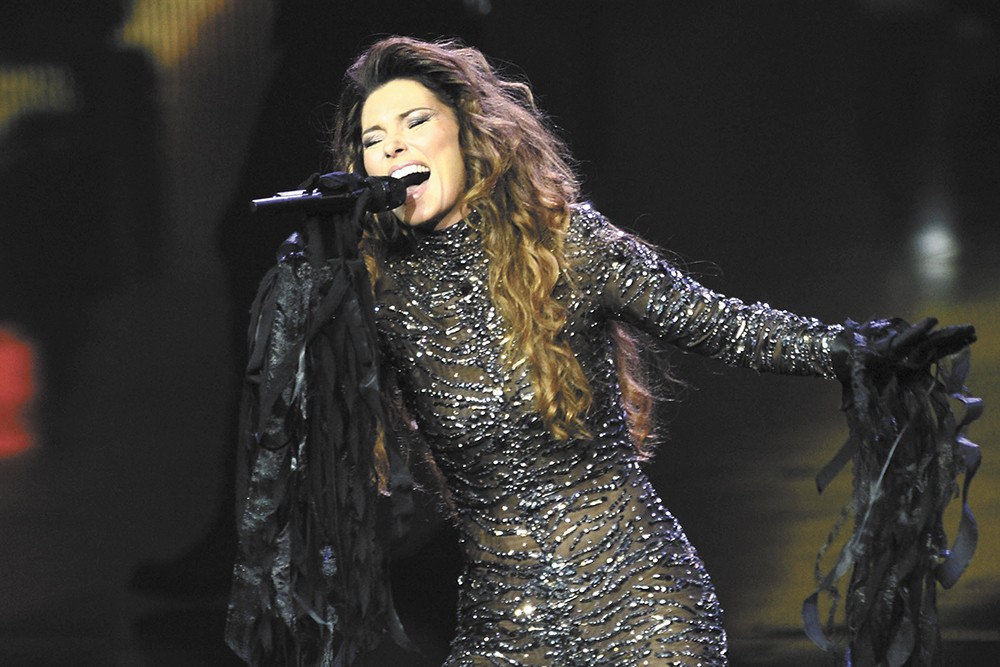 Sure, we didn't get tour stops from superstars like Beyoncé or Justin Timberlake, but the bands and musicians we did score more than kept us going in the past 12 months. Here are the greatest shows of the year; the ones that made us feel something grand.

Talk about your triumphant returns — Sleater-Kinney's first show after a decade hiatus, right here in Spokane, was most noteworthy for how quickly it made fans forget that the trio of Corin Tucker, Carrie Brownstein and Janet Weiss had ever stopped. They launched the show with two songs from their excellent comeback album, No Cities to Love, and blazed through a set of propulsive indie rock and punk that showcased their innate feel for each other as musicians, and as a band with its fans. Twenty years after forming, Sleater-Kinney's Spokane show was a thrilling, unforgettable return to form. (DAN NAILEN)

Lucinda Williams is a legendarily mercurial performer when it comes to the stage. There's no denying the poetry, grace and grit that comes through her songs' recorded versions, but on stage she can be uneasy, even combative. Her Valentine's Day show was, aptly, a love fest, with Williams generously thanking the crowd for its rapturous response to her and her band. The cheers were well deserved, as Williams drew on no less than nine of her albums for a set of blues, folk, country and rock highlighted by songs from her latest album, Down Where The Spirit Meets The Bone. (DN)

What's this? No Kelly Hogan? While it's true that her monumentally talented harmony partner and comic foil was laid up in the bus with the flu, her absence served as a reminder of the power of Neko Case's own vocals. When two performers are so naturally complementary, and their deliveries have become so entwined over 17 years of touring and recording, it can be hard to reconcile one without the other. Thankfully for us, when Neko opened the show with an a cappella version of "Nearly Midnight, Honolulu," it almost seemed as if she was tuning the very room to her voice. Instantly, she reminded us of why we were there. (GAWAIN FADELEY) 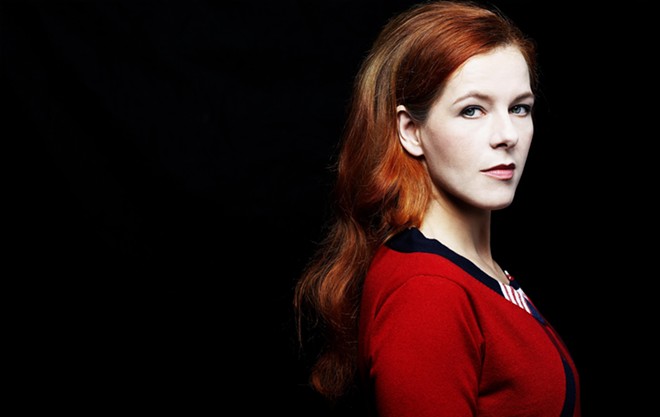 After beckoning the crowd closer, then even closer still, Mike Deni and crew launched into "I'm Ready," the lead single from the San Francisco-based, synth-heavy, indie-rock project's third full-length, Ghost Modern. It seemed odd that a crowd would react so enthusiastically to such melancholic material, given that Ghost Modern is about Deni's effort to see beyond his nihilistic view of the world. But, as it turns out, synths can make even the most glass-half-empty lyrics sound optimistic. Older material was just as well received. "Play that shit, man!" one fan yelled upon hearing the opening line to fan favorite "Kites" from 2010's Animal Shapes. And play that shit, they did. (AZARIA PODPLESKY)

In early 2015, Neutral Milk Hotel announced they'd disband. June 9 would mark their final show. Just days before that final date, Lilac City fans witnessed one of the band's alleged last-ever performances. That night, I wanted to ask every person wildly singing along with the band where they were the first moment they heard this music, and how Jeff Mangum's strange lyrics changed them. The fact is, this folk-rock, Irish-influenced '90s music has changed people. Intermittently, fans raised their hands to the sky in worshipful reverence, as if to pull the music in through their fingertips. The night was a spiritual awakening. (LAURA JOHNSON)

Ol' Shakey's stop at the Arena this past fall had all the trappings of classic Neil: bizarre theatrics, stomping, a pump organ, furious guitar abuse and enough Boomer rage to satisfy the most righteous class-warrior. Oh, and some of the greatest songs of the 20th century. Young and his touring band, Promise of the Real (featuring Willie Nelson's sons Lukas and Micah), dove right into his nearly 50-year catalog and delivered a satisfying mix of hits and deeper tracks, including a handful of numbers from his new record, The Monsanto Years. Tears were shed, joints were passed, and my fist pumped uncontrollably for two and a half hours. (GF)

At 50, Twain, who proved that her vocals were still on point after not touring for years, was the best-looking person in Spokane that September night. She strutted and stomped around the Arena stage in thigh-high platform boots, flipped her amazing mane of hair around, sparkled and smiled, and looked like she was having a blast, even going into the audience at one point. She was a singing goddess in the spotlight, helped majorly by a rowdy backing band and a state-of-the-art stage setup worthy of the Super Bowl. (LJ)

He didn't begin his show onstage. That would have been far too ordinary. Instead, the comedic singer began "Tacky," a parody of Pharrell Williams' "Happy," in the venue's loading area, walking and singing to a camera that was piped onto a large stage screen. Eventually making it to the performance space — of course, clad in his obligatory Hawaiian shirt — we welcomed him. While Yankovic's 2014 album Mandatory Fun went to No. 1 on the Billboard charts, the new songs didn't receive the same response as his older work, like "Amish Paradise." This packed-in two-hour show was satisfyingly funny and creative, family-friendly but still smart as hell. (LJ)

Proving age ain't nothing but a number, the classic rock heroes (and 2016 Rock and Roll Hall of Fame inductees) hit the fair and killed with a high-energy, high-volume set. Deep album cuts and new songs intermingled with monster hits ("Surrender," "Ain't That A Shame," etc.) from Cheap Trick's 40-year catalog. Robin Zander's voice held up through his shout-along choruses, Rick Nielsen's guitar playing was entertaining as hell, and when bassist Tom Petersson led them into an unexpected feedback-laced cover of the Velvet Underground's "I'm Waiting for the Man," there was no doubt this was a timeless rock band, not just another oldies act. (DN) 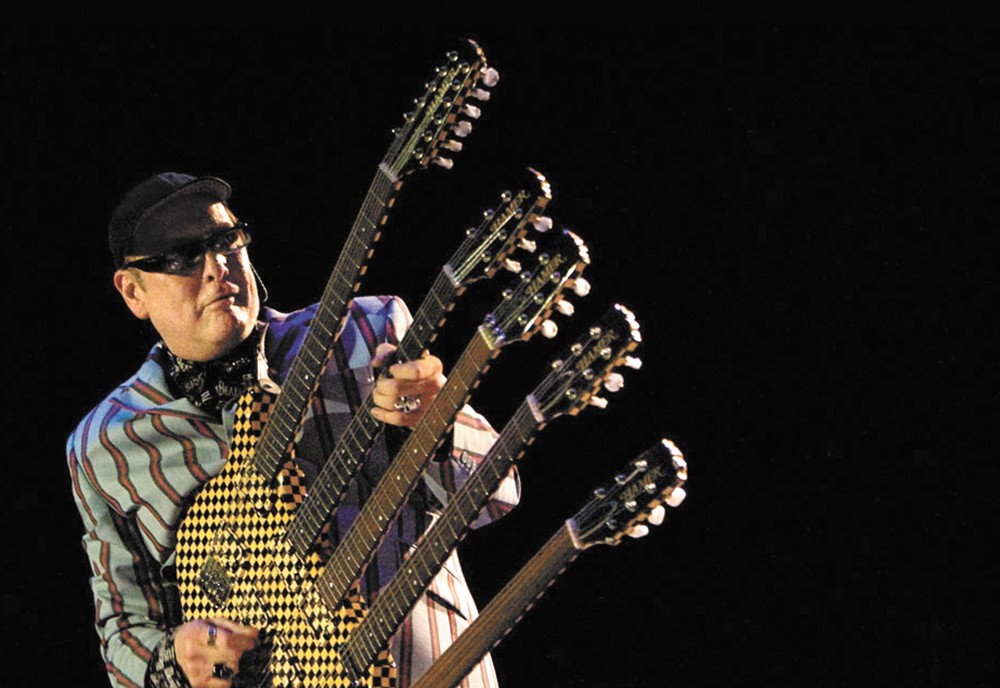 Cheap Trick and guitarist Rick Nielsen played the Spokane County Fair shortly before being named to the Rock and Roll Hall of Fame.

Despite being rescheduled more than two months after their original planned trip across the Cascades (due to the birth of bassist Nick Harmer's daughter), Spokane still turned out to see these beloved Westside rockers. They didn't disappoint. With vocals that have always sounded richer and more emotionally charged live than on any record, Ben Gibbard was in a world of his own on stage. DCFC's set took us as far back as 1998, in between, and then back to the present with the best from 2015's Kintsugi. A slightly older audience was evidence of the band's lasting legacy, guiding so many emotional teens through their early 2000s angst. (CHEY SCOTT) ♦