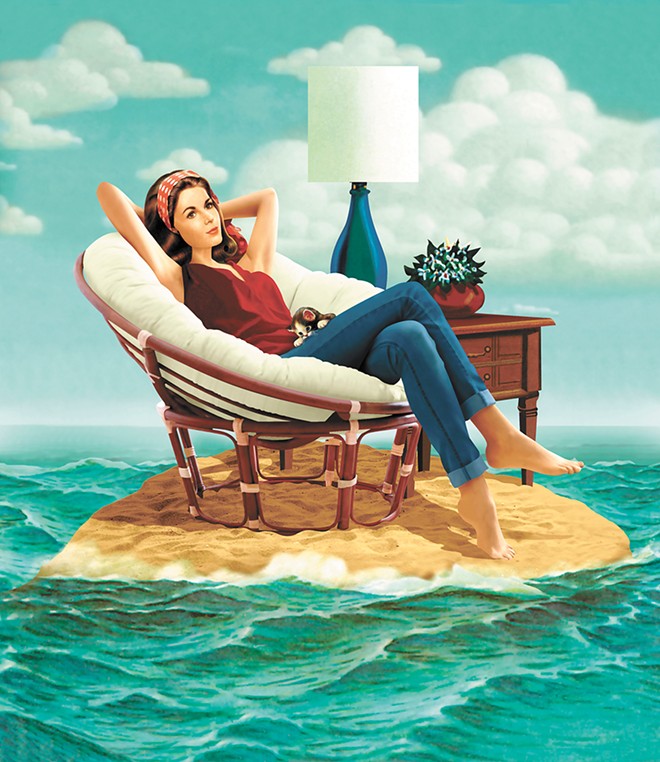 Sarah Arpin knows what it means to be lonely. I don't mean that she's experienced loneliness, though, like all of us, she has. I mean she's actually studying the essence of loneliness, how it can subconsciously seep into our interactions.

In graduate school at Portland State University, Arpin dug into the question of whether loneliness during the day impacted alcohol consumption. When people felt more lonely, they tended to drink alone more often — particularly for women.

After she became an assistant professor of psychology at Gonzaga University, Arpin and a Portland State colleague published a study in the Personality and Social Psychology Bulletin asking a related question: What happens when we do have social interactions when we're feeling lonely?

The resulting paper has a mouthful of a name — "Transient Loneliness and the Perceived Provision and Receipt of Capitalization Support Within Event-Disclosure Interactions" — but the conclusion is a fascinating one: Loneliness, without us even realizing it, can sabotage our conversations, not only making us enjoy the social interactions less, but making us less enjoyable to be around.

And that, in turn, can make us feel more lonely. 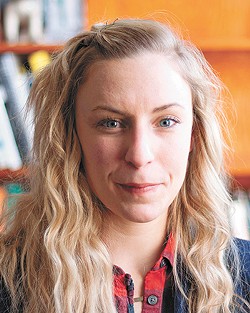 "That was the question we were really interested in asking in this project: Does loneliness really cause difficulty in casual social interactions?" Arpin says. "The thing about loneliness is it gets us caught in this self-perpetuating cycle."

But actually studying this can be a bit of a challenge.

Arpin's team gathered a group of nearly 200 depression-free female Portland State University students and tasked them to participate in a lab in exchange for extra credit and the chance to win a gift card.

Next, they needed to trigger feelings of loneliness in the laboratory setting. They took some of the subjects and asked them to reflect on heavy questions like, "Think of a time when you felt you lacked companionship. Perhaps you felt like you had no friends," and, "Think of a time when you were no longer close to anyone. Perhaps you felt like you just didn't belong."

The rest of the subjects, meanwhile, got sunnier prompts like, "Think of a time when you felt you had someone you could share anything with. Perhaps this was a person who was or who could be your best friend." Then both recounted their reflections for a video camera.

And the ploy worked. The subjects who answered the sad questions said they felt lonelier than those who didn't.

That was all just laying the foundation for the main event: A 10-minute conversation where the study subjects were asked to share recent positive experiences from their lives. Then, both the lonely and non-lonely women were debriefed on how much they liked the conversations.

The result? When two non-lonely people were paired together, they enjoyed their discussions just fine. But when you paired a lonely person with a non-lonely person, something curious happened.

"Not only did the lonely individual feel less positive, but their partners, who were strangers, also enjoyed the interaction less," Arpin says. Both the lonely and non-lonely women felt they their conversation partner was less responsive. Both left with a more negative mood.

When Arpin's team analyzed the interactions between the two, the researchers discovered a key difference between the groups that did and didn't include a lonely person: The lonely groups didn't go as deep. They didn't reveal as much to each other.

In other words, even the conversation partners who didn't know the woman sitting across from them was feeling lonely could detect something was different.

"Maybe that's why the interactions didn't go as well," Arpin says. "People weren't sharing as intimate or deep as topics."

Self-disclosure is the powerful currency of intimate relationships. Revealing things about yourself can make other people feel closer to you. Friendship is about discovery and revelation. When you're less willing to be vulnerable, you can come off as cold.

She worries that these sort of negative interactions can make it harder for lonely people to escape loneliness — or could even deepen the loneliness over time.

"We're thinking poorly about our social interactions," Arpin says. "We perceive that nobody likes me. But when we interact with others we interact in a way that makes nobody like us."

Maybe dragging your lonely friend out to social events could backfire. Maybe dating while lonely could be particularly challenging.

"It does suggest that maybe solitude is a reasonable response to loneliness," Arpin says.

Escaping loneliness, she suggests, is more about changing your own thoughts. Don't dwell on your negative feelings or leap to "they probably hate me" conclusions if somebody isn't talkative. Instead, give other people — and yourself — the benefit of the doubt. She tries to apply the lessons of the research to her own life.

"I think that I'm always very aware of when I might be feeling lonely, and when somebody else might be feeling lonely," Arpin says. "It does influence how I perceive my behavior. This research has made me even more compassionate. When other people are acting negatively, you don't know what's going on in that other person's life — or mine — that may be influencing our behavior." ♦