Sons is back in the saddle after a painful wipeout. 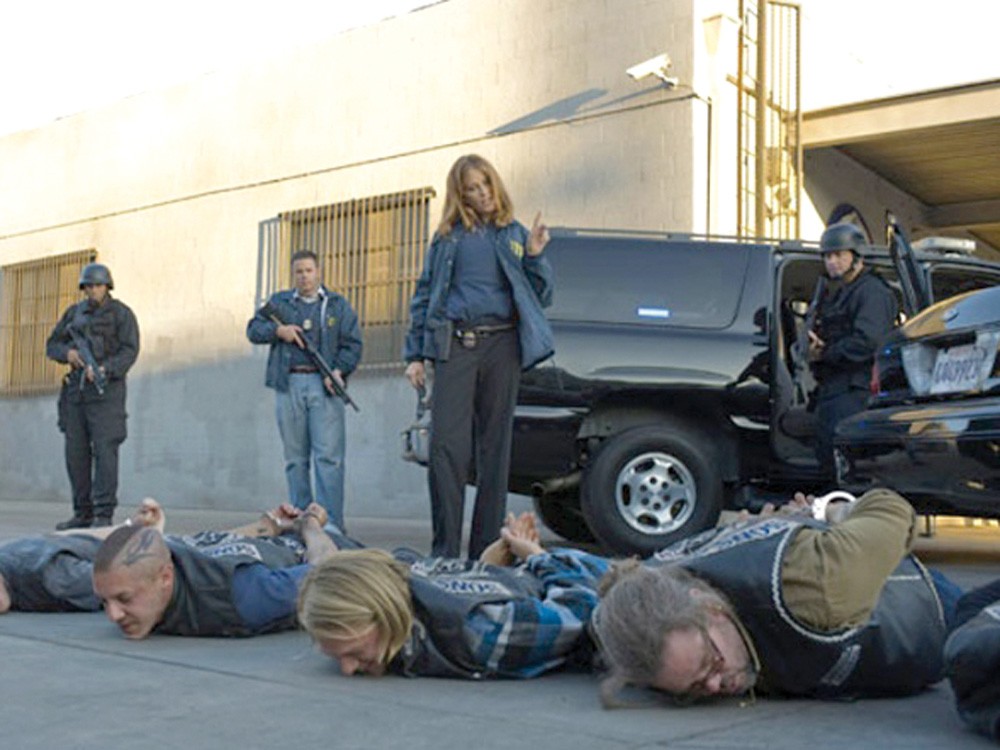 Sons of Anarchy made a tremendous leap in quality in its second season and then came crashing back down to Earth in its third.

Last season began with a surefire premise — Sons of Anarchy motorcycle club member Jax Teller had his newborn infant kidnapped by an Irish gang — and then managed to totally squander that.

When critics largely panned the middle of Sons of Anarchy Season Three — the same critics who had cooed over the previous season — creator and head writer Kurt Sutter fired back online, complaining that critics didn’t understand, that they couldn’t handle risk-taking, that they were “linear thinkers.”

As a rule, it’s a bad sign when showrunners — as with Glee, as with The Killing — so dramatically misunderstand why critics have turned against their show.

Sutter seemed to believe that critics’ problem with the last season of Sons was that it was too wild, too risky.

The fourth season of Sons of Anarchy has the potential — but is certainly not guaranteed — to redeem Season Three. The show’s worst character, ATF Agent Stahl (Ally Walker), is gone, and she’s been replaced by two of the series’ best. Eli Roosevelt (Rockmond Dunbar, Terriers), a black sheriff, begins to directly challenge the Sons’ implicit racism. Meanwhile, Lincoln Potter (Ray McKinnon, Deadwood), an articulate cipher, lurks in the background, quietly investigating the club and their network of criminal contracts.

Weaknesses remain. Full-length musical montages usually serve as lazy-writing crutches — an excuse to convey emotion without the hard work of writing scenes. Sons uses more of these than Glee does. But thankfully this season has focus. It’s well-trod cable-drama ground — “good-hearted criminal can’t seem to go straight” — but Sons of Anarchy is a story about characters, not a plot outline.

Up All Night
Babies, with so very few exceptions, are comedy death. Babies mean restrictions. Babies mean canceled plans. Up All Night, starring Will Arnett, tries to prove that truism wrong, but does so with a frantic, exhausting desperation, like new parents trying to show they’re still cool. (NBC, Wednesdays, 8 pm)

Ringer
The CW expects nerds to get excited for Ringer — about one sister taking over the life of her seemingly perfect twin when she mysteriously disappears — for one reason: Sarah Michelle Gellar. You know. Buffy? The vampire slayer? But while Gellar could quip with the best of them, Buffy was never the strength of Buffy. Gellar was limited by a binary range — sassy or moody. Playing twins, sadly, demands more than that. (CW, Tuesdays, 9 pm)

“Sunday” Night Football
Thursdays demand the highest ad rates on television. And sporting events have some of the most reliable viewership. So premiering Sunday Night Football on a Thursday makes a weird sort of sense. I mean, come on, what else are you going to watch? The President of the United States of America? (NBC, Thursday, 8:30 pm)